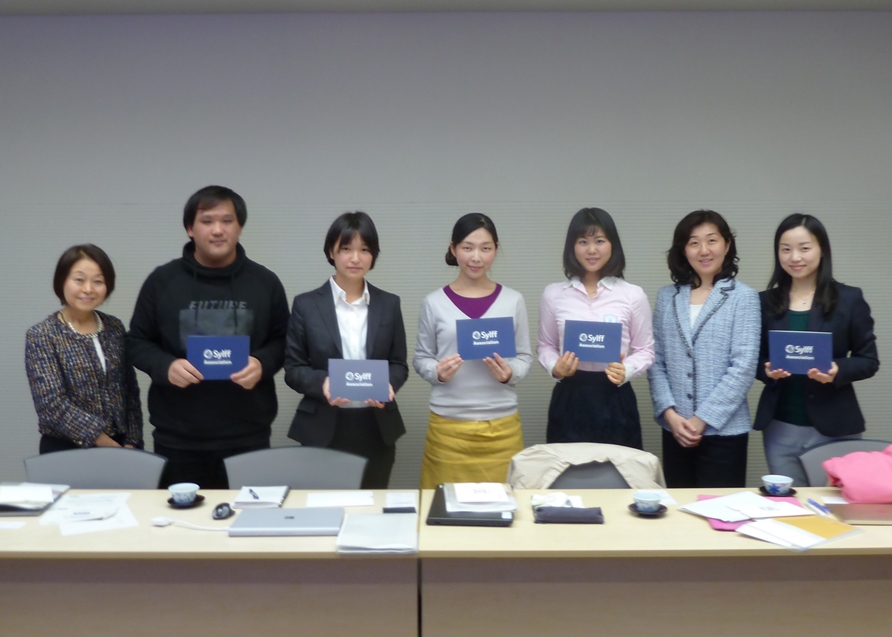 The mission of the Graduate School of Media and Governance, which was established in 1994, “is exactly the same as that of Sylff,” said Professor Murai. “To resolve the increasingly complex problems confronting global society, we need an interdisciplinary approach transcending traditional research areas. This is why we’ve designed our curricula and programs to support students hoping to conduct research spanning several disciplines.”

Four graduate students were awarded Sylff fellowships in 2017: first-year master’s students Yuri Kato (architectural design), Yoko Matsuki (sociolinguistics), and Taro Ueno (cognitive science), along with first-year doctoral student Anna Nakamura (health science). In their presentations of their current research, they emphasized their strong hope of being able to help people and contribute to society not only locally but also globally.

All four fellows had very strong presentation skills, a result, no doubt, of their broad, interdisciplinary perspectives. We hope that they will take full advantage of the Sylff network and the various support programs provided by Sylff Association to further expand their knowledge and develop their leadership skills.