On July 16, 2019, a conference on “Gender-Based Violence against Women in Jordan: Rethinking Social, Legal, and Healthcare Services” was held at the University of Jordan. This one-day conference was organized by Dr. Tayseer Abu Odeh (Sylff fellow 2007, University of Jordan), with the support of a Sylff Leadership Initiatives grant. 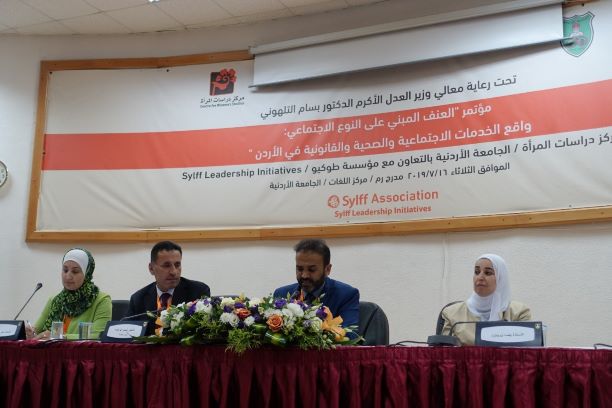 Among the prominent Jordanian and other figures invited as speakers included Minister of Justice Bassam Talhouni; former Minister of Culture and a leading human rights lawyer Asma Khader; Jordanian Senator Taghreed Hikmet, who was the first woman judge in Jordan and the first woman judge at the International Criminal Tribunal from an Arab country; former Senator Raeda Qutob, who served as secretary general for the Higher Population Council and the National Council for Family Affairs; keynote speaker Asmahan Wadi, a consultant and researcher at the Arab State Regional Office of UNFPA Palestine; and Secretary General of the Jordanian National Commission for Women in Jordan Salma Nims.

The auditorium was packed with students and professionals from such sectors as law, civil society, healthcare, government, and academia. They engaged in lively and in-depth discussions on practical measures to stop violence against women.

The impact of the conference will hopefully continue to be felt long after the event, leading eventually to fundamental changes in Jordanian society. Congratulations to Abu Odeh on organizing this important forum with so many illustrious participants, and we look forward to receiving and uploading his report on the website soon. 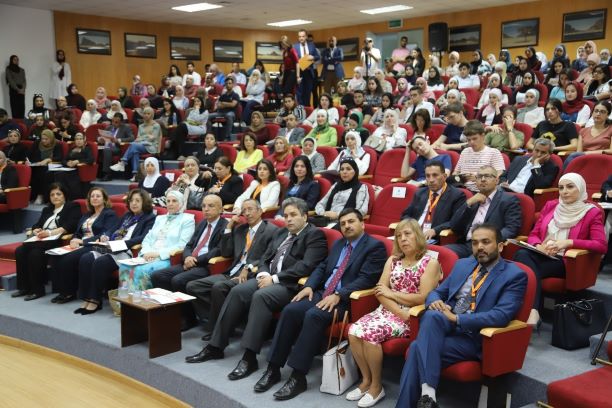 The audience waits for the start of the conference at the Rum Auditorium of the University of Jordan.