Many Rewards, Some Challenges in 20 Years at Athens

The University of Athens celebrated the 20th anniversary of the Sylff program in Greece on May 20, 2013. The University became the forty-seventh member of the Sylff community in May 1993. Since then, the program has supported nearly 260 graduate students in the humanities and social sciences. The anniversary ceremony was held at the university’s Great Hall of Ceremonies. 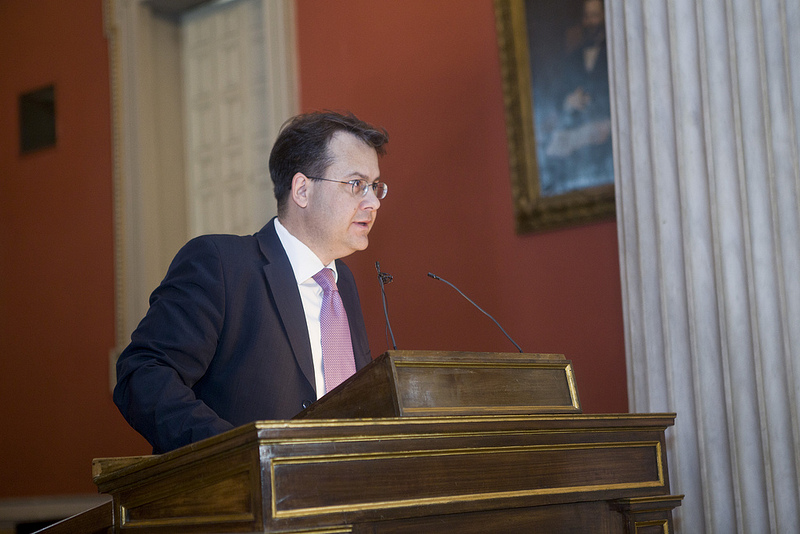 The celebration opened with addresses by representatives of all parties involved in the Sylff program at Athens. They included Professor Theodosios Pelegrinis, rector of the university; Professor Theodore Liakakos, vice rector and chairman of the Sylff steering committee; Mr. Ioannis Panagiotopoulos, a Sylff alumni and secretary general of Mass Media of the Greek government; Mr. Yohei Sasakawa, chairman of the Nippon Foundation—donor of the Sylff endowment—and Mr. Takashi Suzuki, director for leadership development of the Tokyo Foundation.

The university expressed its appreciation for the Sylff program and vowed to continue nurturing future leaders through the program over the next 20 years, just as it has in the preceding two decades. Mr. Sasakawa remarked on the qualities a leader should have, reflecting on his personal encounters with leprosy patients and his lifelong dedication since then to supporting them. Noting that we unconsciously tend to notice only those things what we choose to see and hear, he said that leaders must make a persistent effort to see and address hidden problems for global peace and well-being. His speech provided valuable insights for all in attendance.

Another thought-provoking speech was made by Professor Emeritus Demetrios B. Papoulias. Entitled “Leadership in Times of Crisis,” the keynote speech outlined the leadership required to overcome the financial crisis, highlighting the importance of acting responsibly and remaining in touch with social realities. 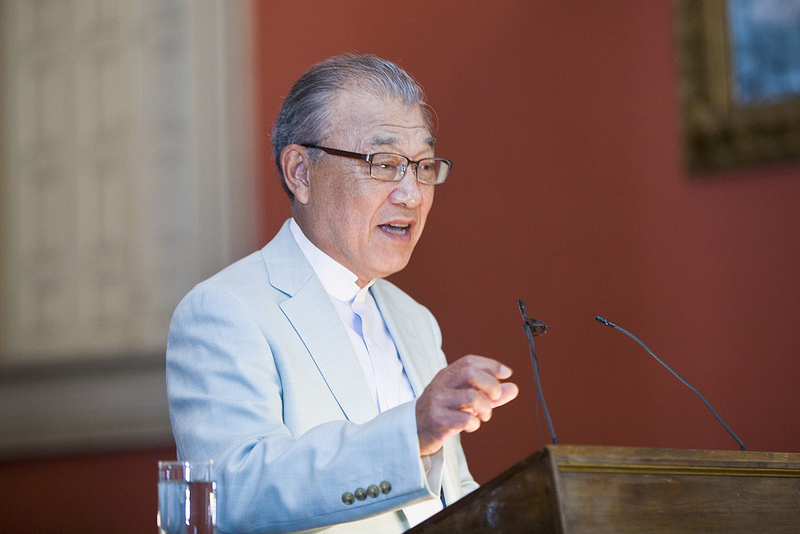 Four fellows shared their experiences and views regarding the Sylff program: Dr. Manolis Patiniotis, professor in the Department of History and Philosophy of Science at the University of Athens; Mr. Loukas Spanos, a scientific advisor for the Greek Parliament, a representative of the Greek Sylff Fellows Association, and a member of the Sylff steering committee; Mr. Christopher Lees, a doctoral student in linguistics; and Ms. Alexandra Bousiou, a doctoral student in political sciences and public administration.

They commented that the Sylff program not only provided financial support for their academic study but also raised their awareness of the value of diversity, raised their motivation, and connected them to a global network of fellows in diverse disciplines and countries. By supporting students in the humanities, they noted, the program also supported the value of the humanities in contemporary society, which often places a higher value on practical subjects. It was evident from the fellow’s speeches that the aims of the Sylff program were being realized through their actions.

The Sylff program at Athens has not always been smooth over the past two decades. Recently, it was adversely affected by the Lehman crisis and the national debt crisis. However, despite these difficulties, a newly constituted Sylff steering committee has now managed to put the program back on track through new financial management measures and renewed procedures for program implementation. As a result, the program continues to support outstanding graduate students today. The 20th anniversary ceremony fully demonstrated that the program has a firm base on which to prosper and to develop future leaders for many years to come. 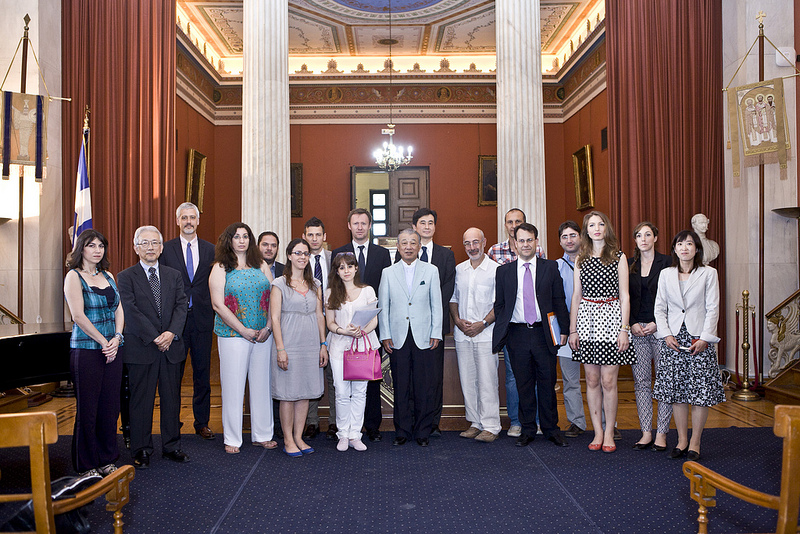 The 20th anniversary ceremony at the University of Athens