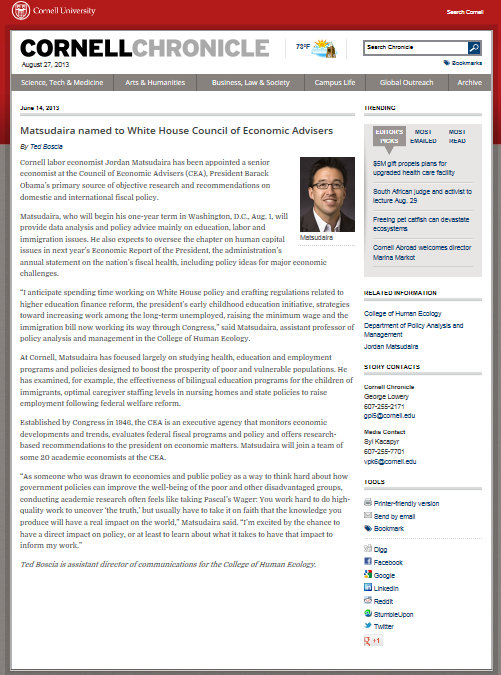 Jordan Matsudaira, a Sylff fellow at the University of Michigan in the early 2000s, has been appointed a senior economist at the Council of Economic Advisers (CEA) to advise President Barack Obama on education, labor, and immigration issues.

The council is the president’s primary source of objective research and recommendations on domestic and international fiscal policy.

Matsudaira began his one-year term in Washington, D.C., on August 1, 2013. He is on leave from Cornell University, where he is an assistant professor of policy analysis and management.

He received a Sylff fellowship while in the Economics Department of the University of Michigan, where he earned his PhD in economics and public policy in 2005.

His academic work has focused on the effects of education, health, and welfare policies on the behavior and well-being of vulnerable populations, such as immigrants.

We wish Dr. Matsudaira the best of luck in his new post, where his work is expected to have a direct impact on national policy.