Myra Ann Houser is a specialist in African history who received a Sylff fellowship from Howard University in 2012. She conducted research in South Africa using a Sylff Research Abroad (SRA) grant from May to July 2013, collecting archive materials on anti-fascist activities during the twentieth century. Here, she describes the Jewish community’s perceptions of the growing anti-Semitism movement in pre–World War II South Africa. 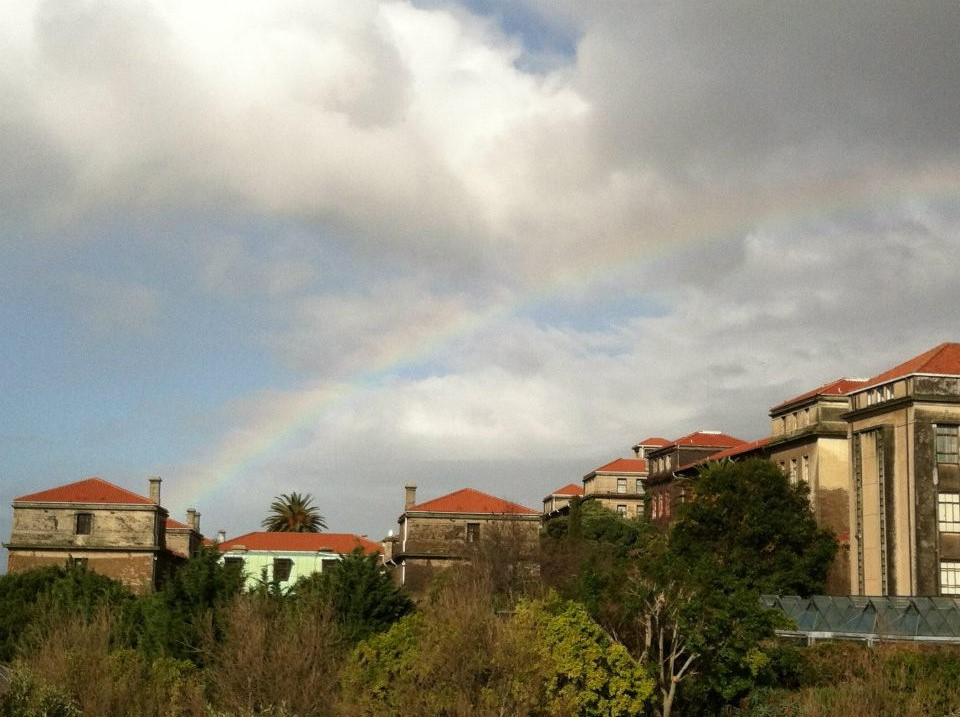 Prior to the mid-twentieth century, South Africa was regarded as one of the most Jewish societies in the world. For about a century after 1820, it experienced a high degree of religious freedom, and the prevalence of white settlers in the region made it an attractive place for Jews searching for new homes. It possessed a high population of Jewish individuals, mostly of East European descent, who had emigrated, in most cases, to avoid anti-Semitism and persecution in Europe.

Within the Union of South Africa, particularly following the Second South African War, however, politics between English- and Dutch-descended white South Africans created divisions and distinctions within society as they jostled to gain political control, and the country’s large Jewish population often became the targets of hostilities. Manifestations of growing anti-Semitism include the 1937 mandate by rightist South Africans that the “Jewish problem” be solved and boycotts of Jewish businesses.

Such hostilities increased during the 1930s and 1940s, as South Africa’s radical right became ever more tightly bound to and admiring of European fascist regimes. Nationalists in conservative “brotherhood” organizations, such as the Ossewabrandwag and Broederbond, discovered that individuals sharing their ideals—such as Adolf Hitler and Benito Mussolini—had risen to positions of power. The nationalists became ever more admiring of them and made pilgrimages to Europe in order to hear speeches by and meet with those whom they idolized.

There is evidence that some Jews viewed South Africa as a proverbial city on a hill prior to their repression during World War II. In a 1936 letter to Interior Minister J.H. Hofmeyer, the secretary of the South African Jewish Board of Deputies cited the country’s history of religious tolerance:

South Africa has a proud past of having liberally treated those who have been compelled for reasons of religious or racial persecution to leave their native land, and seek a new country imbued with a spirit of justice. A great many South Africans proudly claim descent from the Huguenots, who were themselves refugees in a situation similar to those arriving from Germany.1

A follow-up letter to Prime Minister J.B.M. Hertzog later that year indicated that South African Jews had voiced numerous complaints regarding their harsh treatment by both teasing civilians and the political authorities, who subjected them to increased bureaucratic harassment as nationalism increased within government and officials placed increasing immigration restrictions.2 Though the letter mentions no specifics in terms of what it calls “harsh treatment,” it does allude to growing discontent among the country’s Semitic population and states that many who had come to this new land in search of calm and to avoid persecution now found themselves being harassed by both neighbors and state authorities. This presumably would have increased by 1938, when South African officials were following the policies of the Europeans they admired in enacting stringent anti-immigrant laws and severely limiting the number of Jews coming in to the country.3 As the Broderbond and Ossewabrandwag became increasingly enamored with fascist governments, their anti-Semitic propaganda also grew. 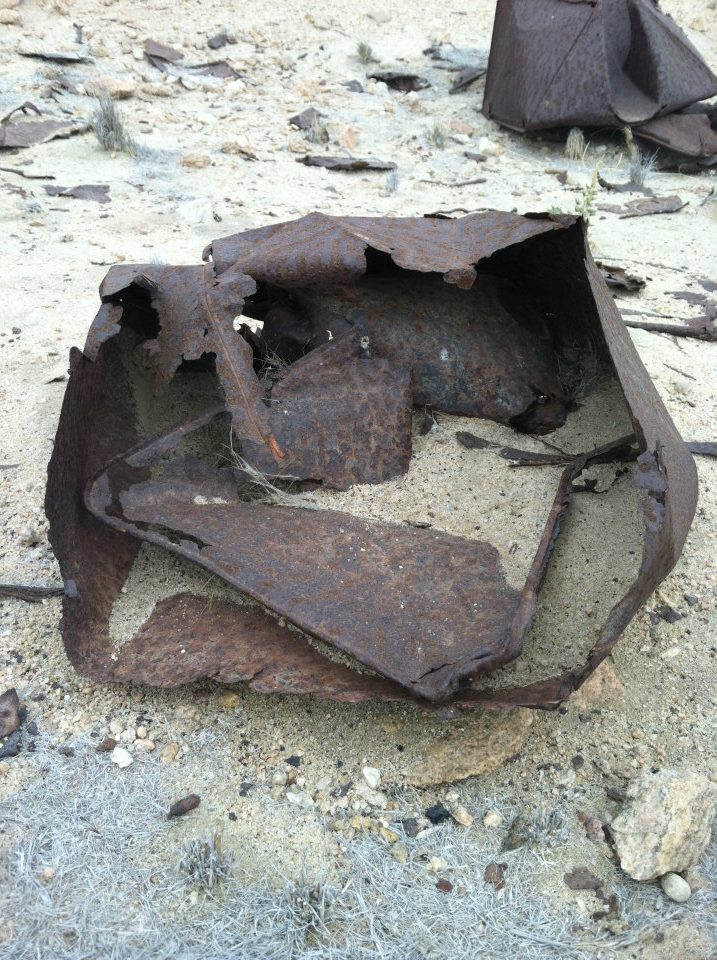 A government reply to the first letter mentions “anti-Jewish activities” during “the past two years” and assures SAJDB that it is monitoring the situation. It did not, however, provide further context for the situation.4 These gaps can be filled in using family papers, interviews, and memoirs. These deeply personal documents chronicle the micro-aggressions that South Africa’s Jews experienced during this period, and several place the incidents—such as boycott campaigns and efforts at spreading libel against Jewish community leaders—within the larger context of international fascism. A number of documents directly compare the situation in South Africa to Holocaust-era or pre-Holocaust-era Europe.

Joan Marshall’s 2005 memoir Darling Mutti shares a slightly different perspective of Jewish immigrant life in South Africa. Marshall’s parents had come to the country in 1936 and received work papers. They became active in their large social circle, and their main experiences with anti-Semitism were during their earlier years, when they lived in Germany. They also corresponded regularly with family members in Germany and were well aware of developments in that country, but they did not refer very much to anti-Semitism in their South African lives.5

Much like the Marshalls, the Rahlyn Mann family benefitted from privileges of material comfort and social connections in white South Africa. Mann, the only Free State woman to be deployed to Europe as a postwar social worker, told an interviewer that she did not experience any overt anti-Semitism as a child. She did, however, experience a sense of being different from her peers. Mann was one of few Jewish students in her primary school and the only one in high school. She thus left school early on Fridays to prepare for Sabbath, in contrast to most of her peers, who remained in class for the duration of the week. Mann also told her biographer that she fought hard for Hebrew to be included as a matric subject, not taking for granted that her peers and educators would find it as interesting or important as she did. Mann eventually said that she chose to enlist in the Red Cross as a South African citizen rather than as a Jew, placing her pride of country ahead of her feelings of awkwardness.6

Milton Tobias, on the other hand, felt more subjected to anti-Semitism than Mann did. He recalls that, prior to Germany’s Nazification and its growing ties with South Africa’s radical right, he “hardly ever” experienced negative feelings. Following the outbreak of World War II, however, he said that anti-Semitism was “all around,” manifesting itself through micro-aggressive slurs and taunts, as well as through government policies that were unfriendly toward the nation’s Jewish population. After going to war as a Union soldier in the Royal Air Force, Tobias returned to South Africa thinking about his Lithuanian grandfather and great-grandfather in the light of the concentration camps he had seen. He recalls thinking of the similarity between their situation and his, which though not as dire as that of people living inside the camps, was nonetheless marked by discomfort and oppression.7

Anti-Semitism in South Africa did not begin with World War II. Taffy Adler has traced it to at least the beginning of the twentieth century, when Jewish workers began migrating to the country and its mines as industrialization increasingly brought together people from different races and backgrounds.8 According to Adler, many white collar workers who left Europe due to physical threats or verbal taunts found themselves among the working class in South Africa. Jewish workers in the country were thus subjected to both the micro-aggressions and class-based policies that they sought to leave behind. The harassment became more pronounced as World War II approached, and a rightist movement arose that claimed paradoxically to be “anti-immigrant” and “anti-native” (or, less paradoxically, pro-Afrikaner).

My dissertation has evolved to incorporate the subsequent oppression of socialism as well, as I believe—based on my long-standing interest in World War II—it is important to examine the interactions between these early twentieth-century developments. During the 1930s and 1940s, a number of Jewish individuals—having become aware of the marginalization occurring in South Africa’s racist structure—began lobbying for change. This would continue, as orthodox Jews began turning to radicalism during the apartheid era. It is imperative, therefore, to understand this period as being pivotal in the country’s history and protest tradition, and I will attempt a further examination of this topic as part of my dissertation and, I hope, during my scholarly career.

SRA2012-2
FR: Howard Univ. (US)
TO: Univ. of the Western Cape (South Africa)
Myra Ann Houser is a doctoral candidate at Howard University expecting to graduate in 2014. Her research focus is on twentieth-century southern African liberation movements and their transnational interactions. She is particularly interested in learning more about what politicized people and made them seek common ground across boundaries during the liberation struggle. As part of her SRA trip, she made a presentation of her findings at the Southern African Historical Association Biennial Meeting in Gaborone, Botswana. She regularly posts updates on research, conferences, and publications via Zotero or Twitter, as myramt.