National Policy in the Local Context
Exploring the Influence of “Guest” Workers in Fernie, British Columbia

How do national immigration policies influence local communities? Laurie Trautman, a geographer who received a Sylff fellowship from the University of Oregon in 2012, explores how “guest” workers in rural resort economies in the United States and Canada are reshaping local labor markets and community dynamics. In the summer of 2013 she conducted fieldwork in British Columbia, Canada, using a Sylff Research Abroad award, and here she highlights some of her preliminary findings.

The importation of foreign labor is becoming an increasingly common strategy used by advanced industrial economies to maintain global competitiveness. While guest worker programs are designed to import foreign workers on a temporary basis, such policies have a lasting impact on local economies and communities. Despite these impacts, the bulk of literature on immigration has largely overlooked guest workers, who are perceived as having little long-term influence in the communities in which they work.

While guest worker provisions have been a major source of conflict in the United States since World War II, recent Canadian immigration policies have made a decisive shift away from an emphasis on multiculturalism towards a strategic focus on meeting temporary labor needs. As these changes are occurring, they are producing fundamentally different results that have yet to be extensively examined and compared. Yet, as comprehensive immigration reform is pending in both the US Congress and Canadian Parliament, it is essential that the changing nature of immigration policy—and guest worker programs in particular—is systematically and thoroughly analyzed in a cross-national context.

This article explores the influence of guest worker policy on both the local labor market and community interaction in the Canadian resort town of Fernie, British Columbia. Based on qualitative interviews conducted during the summer of 2013, this project aims to provide a better understanding of this understudied, yet increasingly controversial, element of immigration policy.

This research is part of a broader dissertation project that links national policy discourse and community experience to understand how guest worker policies are evolving in different national contexts in the United States and Canada—a critical issue given current debates over immigration reform in North America.

At the national level, this project analyzes narratives in the United States and Canada over nation, race, and labor, as reflected in federal legislation since 1990. At the local level, qualitative and in-depth research in two case-study “receiving” communities (Fernie, British Columbia, and Sun Valley, Idaho) shed light on how these national dynamics intersect with local economies, leading to a new understanding of the influence of guest workers on local labor markets and social interaction.

Case Study of Fernie, BC

The town of Fernie is located in the Elk Valley of southeast British Columbia and has a population of roughly 6,000 and an economy highly dependent on amenity-based tourism. With a high cost of living, small population base, and seasonal fluctuations in labor demand mirroring the tourist season, Fernie is unable to meet its labor needs locally. In the past several decades, Fernie’s reliance on importing labor from abroad has continued to increase. 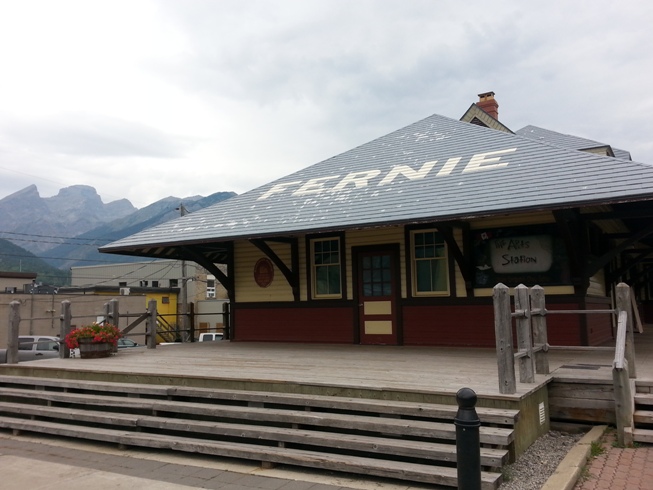 At the same time, the cost of living in Fernie has skyrocketed alongside second home ownership, which has also created an increased demand for low-wage, low-skilled service-sector jobs. The result is an extremely tight labor market for low-wage labor in a rural location with a high cost of living, which has pushed many local businesses to develop retention strategies ranging from a free ski pass to medical benefits. However, for particular positions, some businesses have gone beyond established channels of recruitment and turned to the Temporary Foreign Worker Program (TFWP) to meet their labor needs.

During my research time in Fernie, I conducted 44 interviews and two focus groups with employers, employees, community members, and government officials in order to assess how the presence of temporary foreign workers (TFWs) is shaping the local labor market and community dynamics. I was also involved in participant observation and analyzed local media publications to determine how these dynamics were represented both spatially and socially. 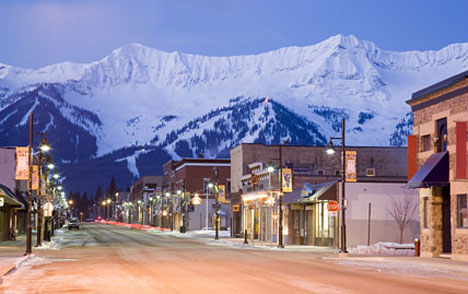 I found that, while most employers relied on workers coming with a working holiday visa (primarily from Australia and New Zealand), a small handful of employers are turning to the Temporary Foreign Worker Program as the tourist season is extending to include both winter and summer seasons. Up until just a few years ago, most employers were able to meet their labor needs during the peak winter season with young workers coming for the ski season with a working holiday visa, who would then leave in spring, when most businesses either go on vacation or reduce hours. With the demand for labor beginning to switch from a peak season in the winter to more year round needs, employers are searching for a more stable and longer term labor force which, ironically, they are able to find through the TFWP.

Unlike the working holiday visa, which does not tie workers to specific employers, workers coming on the TFWP need to establish employment prior to obtaining a visa, and thus solidify a relationship with an employer who essentially sponsors them. Upon arrival, they are in a committed relationship with their employer. In Fernie, TFWs are occupying specific positions in the labor market that have become increasingly difficult for employers to fill—namely housekeepers, chefs, and fast food workers. At this time, several fast food restaurants and cleaning companies are employing TFWs from the Philippines, establishing a division of labor along both national and racial lines.

As part of my broader dissertation project, I am analyzing 20 years of national policy discourse in both the United States and Canada. A recurrent theme in both Parliament and Congress is the exploitation and victimization of guest workers, who are often described as being “unfree labor.”

This sentiment is echoed in academic literature, much of which highlights a fear that as Canadians increasingly rely on workers with temporary status who have few avenues to permanent residency, “a US-style underclass defined by precarious status and labour market vulnerability” may be emerging (Goldring et al, 2009: 257). 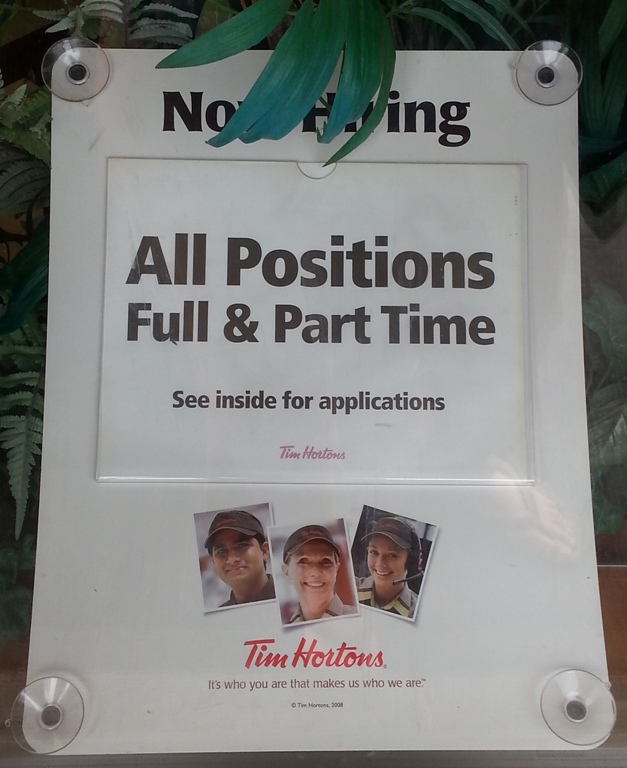 A preliminary analysis of my findings illustrates that TFWs in Fernie are not victimized by their status, nor do they lack agency, which complicates the overriding sentiments evident in both political discourse and academic literature. In fact, they are able to negotiate the immigration system through the relationship with their employers to remain in Canada beyond the original duration and purpose of their visa. In some instances, TFWs obtain residency and move into higher paying positions. This is surprising, as technically speaking, there is no path to residency for low-skilled TFWs.

I also found that workers coming on a working holiday visa will utilize the TFWP as a strategy to remain in Canada after their visas expire. Thus, while the TFWP is constructed as a national policy aimed at addressing temporary and acute labor market shortages, in Fernie it is actually a strategy used by both employers and foreign workers to achieve stability and long term employment relationships. For employers, it fills a chronic labor shortage, and for employees it is often a path to longer-term residency. Both of these outcomes are almost the polar opposite of the stated purpose of the policy.

Despite the agency on the part of TFWs, there remains a real materiality to the different categories of TFWs and ”international visitors” on a working holiday visa (WHV), which is evident at the local level. TFWs in Fernie are increasingly Filipino, while those on a WHV are almost exclusively young, white, and middle class. Those on a WHV have both social and labor market mobility, as they are able to change employers and come to Fernie with enough disposable income to enjoy the amenities. Above all else, they are not visibly different from the local population.

On the contrary, the geographic and labor market mobility of Filipinos coming as TFWs is extremely limited both by their employment in low-wage positions, their commitment to their sponsoring employer, and perhaps by their obvious position as ”minorities” in this small, rural mountain town. This quote from one interviewee highlights this lack of mobility:

“People say that there’s this big Filipino community that's growing, but I don't really see it, it’s not out there, you don't see them walking around, hanging out at the bars and coffee shops, so I don't know. They might be serving you a coffee when you drive through Tim Horton’s, but that’s about it.”

The preliminary findings from this case study will be compared with research in Sun Valley in the United States, in order to assess how guest worker policies are influencing both labor markets and community dynamics in different national contexts. The final stage of this dissertation project will analyze national policy discourse in the United States and Canada since 1990, comparing how 'guest worker' policy is constructed within the context of broader immigration objectives.

SRA2012-2
FR: Univ. of Oregon (US)
TO: Univ. of British Columbia (Canada)
Laurie Trautman is a PhD candidate in the Department of Geography, at the University of Oregon in the United States. Her research is focused on understanding the implications of national immigration policies on local places, and she is currently writing a PhD dissertation that makes a comparative analysis of changing guest worker policies and politics in the United States and Canada since 1990. She received a Sylff fellowship from the university in 2012.