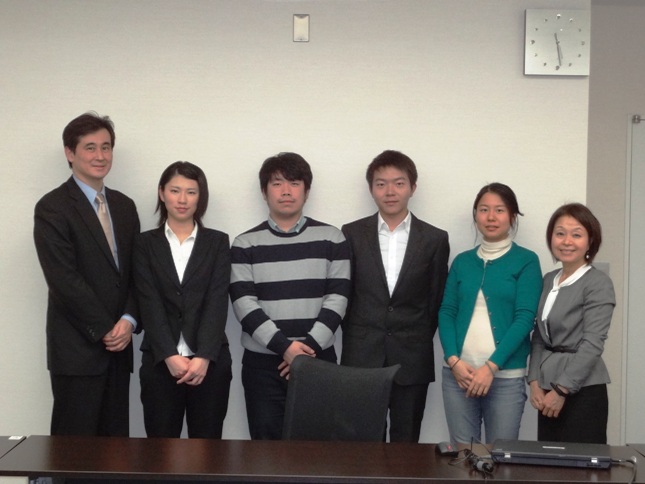 “Sustaining Life during the Early Stages of Disaster Relief with a Frugal Information System: Learning from the Great East Japan Earthquake” was co-authored by Mihoko Sakurai, a Sylff fellow at Keio University in 2013–14, and points to the need for municipal governments to build disaster-resilient communication systems.

This paper, based on field research into the ICT systems of local governments, notes that power outages and the resultant loss of communication and processing capability severely constrained recovery efforts in many municipalities, hampering attempts by supporting organizations to collect and share information.

A “frugal information system” built around cell phones, placing minimal stress on already burdened systems, is suggested as a solution to handle the early stages of disaster relief.

Sakurai is now assistant professor at the Keio University Graduate School of Media and Governance and has been selected to receive a special Research Fellowship for Young Scientists from the Japan Society for the Promotion of Science starting in April 2014.

In June 2012, Sakurai published “Municipal Government ICT in 3.11 Crisis: Lessons from the Great East Japan Earthquake and Tsunami Crisis” in Berkman Center Research Publication No. 2012-14. This was a structured field survey of ICT divisions in 13 municipalities devastated by the March 2011 earthquake and tsunami, which revealed a lack of ICT business continuity plans, the importance a comprehensive data backup policy, and the importance of securing power and network supply.

In addition to these articles in English, she has also co-authored a book in Japanese pointing to the importance of enhancing ICT networks among municipalities. The third anniversary of the 9.0-magnitude Tohoku quake is soon approaching. We hope that Sakurai’s research will help mitigate damage and facilitate rescue and recovery efforts following future natural disasters, in whatever country they may occur.