The award is sponsored by the International Institute for Democracy and Electoral Assistance (IDEA) and the Electoral Integrity Project of Harvard University and the University of Sydney. The winner was selected on the basis of the paper’s potential significance—both theoretical and policymaking—to aspects of the election cycle.

His award-winning paper, titled “Beat Me If You Can: The Fairness of Elections in Dictatorships,” examines the dilemma dictators face in holding elections, based on statistical analyses of 67 authoritarian countries. While rigged contests may help dictators maintain their power, the results will not generate reliable feedback about popular support. The paper argues that a dictator’s power of popular mobilization determines the level of electoral integrity, theorizing that rulers with financial resources, effective organizations, and a weak opposition rely less on electoral manipulation. By contrast, fraud is more pervasive where dictators have fewer economic resources, weaker organizations, and face a stiff opposition.

The award committee noted that the paper represented a significant contribution to an understanding of electoral integrity in authoritarian states. The award will give Higashijima an opportunity to publish his paper as part of the International IDEA and Electoral Integrity Project working paper series, receive funding to make a presentation at a workshop on Citizens, Parties, and Electoral Contexts in Montreal in July 2014, and to present his paper at an international policymakers conference. 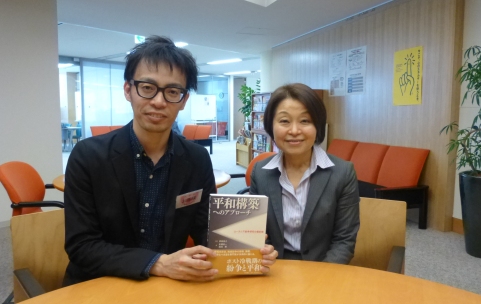 Higashijima was awarded a Sylff Research Abroad (SRA) grant in 2010 to conduct in-depth research in Central Asia, comparing Kazakhstan and Kyrgyzstan to shed light on what political and economic consequences elections are likely to bring in authoritarian regimes.

He has also contributed an article to the Voices from the Sylff Community page of the Sylff website titled “Elections and Political Order: A Cross-National Analysis of Electoral Violence.”
This article helped lay the foundation for his award-winning paper.

We look forward to his further academic achievements and contributions to society.