Award Ceremony at the Institute of Political Education 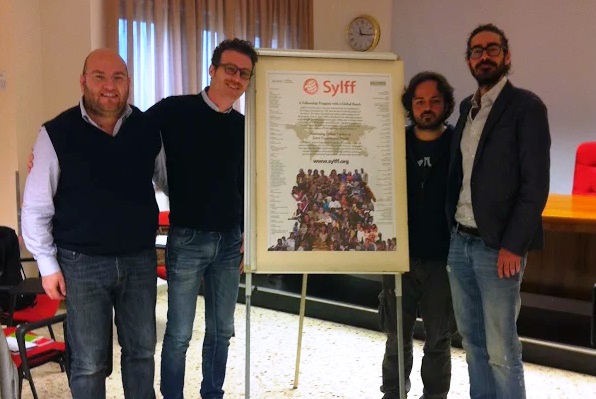 At the Institute of Political Education “Pedro Arrupe” in Italy, Sylff fellowships are granted through the “Idea-Action Research Program” to encourage research projects in the social sciences and humanities that address topics from a strictly scientific point of view while, at the same time, providing mechanisms and operational instruments to promote their practical implementation.

The results of the program’s scientific research are published on the “Observatory on Migrations” website, which was developed in 2013 as an outgrowth of research conducted by two Sylff fellows.

An award ceremony was held on April 20, 2015, for the Institute’s four Sylff fellows for the 2015–16 academic year: Walter Nania, Vincenzo Todaro, Elio Tozzi, and Francesco Vigneri.

Walter Nania is a cultural anthropologist who has also worked professionally as a freelance journalist and producer of visual documentaries. He will investigate the phenomenon of school dropouts among immigrant youths in Palermo, Italy.

Vincenzo Todaro, a PhD holder majoring in urban and regional planning, will collaborate with the University of Palermo, developing an action-research plan at Arrupe on the phenomenon of the concentration and dispersion of immigrants in Sicily.

Elio Tozzi, after receiving a degree in international relations and policy from the University of Naples, gained an internship at the Platform for International Cooperation on Undocumented Migrants in Brussels. His project at Arrupe will study the reception system of African immigrants in Sicily. 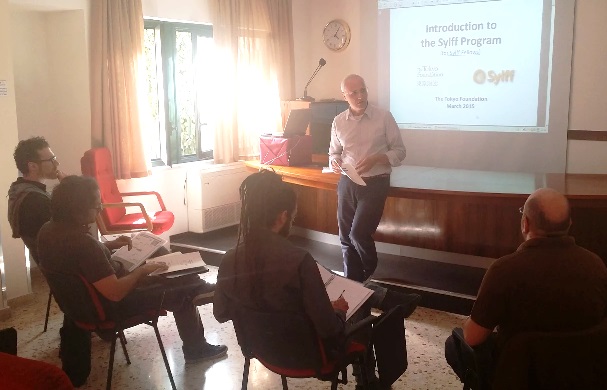 Francesco Vigneri is a PhD candidate who studied intercultural communication and national and European migration policies at the University of Rome and the École Doctorale des Sciences Humaines et Sociales of Strasbourg University. He will study the issue of mixed cooperatives (Italian-foreign) in Sicily.

On May 8, 2015, a Sylff orientation and presentation meeting was held. Massimo Massaro, president of Sylff Steering Committee at the Arrupe Institute, informed the four Sylff fellows of the objectives of the Sylff program and the roles of the Tokyo Foundation, describing the additional opportunities offered through such support programs as SRA and SLI. (Article written by Massimo Massaro)