Sylff@Tokyo:Toward Financial Inclusion in the Philippines (2) 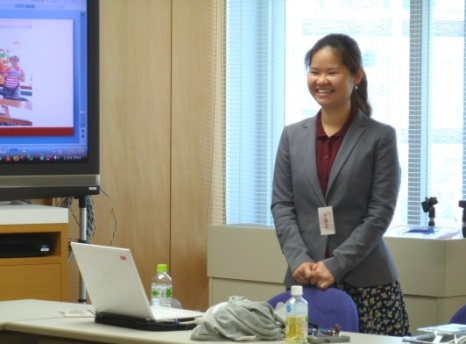 Lindsey Lim, a recipient of a Sylff fellowship at Columbia University in 2014, revisited the Tokyo Foundation on June 4, 2015, to give a presentation on the findings of an ongoing social action project in Philippines that promotes financial inclusion, called the Kasambahay Savings Project. This was a follow-up on a presentation she gave at the Foundation in January. Lim is a dual degree student at Columbia University and the University of Tokyo.

She initiated and currently directs the project in cooperation with BPI, which targets full-time domestic workers (kasambahay in Filipino) who live in the homes of their employers. The project helps these workers to open saving accounts—which less than a third of the adult population have in the Philippines—and receive a broader range of financial services.

She made some intriguing discoveries regarding the saving behavior of project participants by analyzing the transactions in 160 accounts over the last six months. Lim found that kasambahay were able to save money despite their low income and that there was no remarkable correlation between people’s saving behavior and their age or education. She also found that having a bank account enables them to buy health insurance. 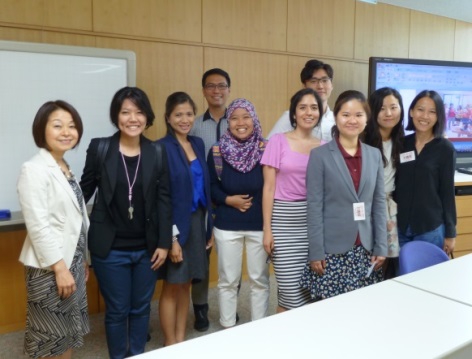 Lim with her classmates and Mari Suzuki, left, director for leadership development at the Tokyo Foundation

Many kasambahay have expressed their gratitude to Lim for launching this project, which promotes financial literacy among kasambahay and enables them to send money safely back to their families in the countryside.

Lim had an opportunity to present a summary of her project and its findings before representatives of 16 Philippines commercial banks. Many banks were made aware of the needs of the kasambahay, who are valuable members of society, and two commercial banks—RCBC and the Philippine Veteran’s Bank—expressed an interest in enabling domestic workers to open accounts at their branches. The next phase of the Kasambahay Savings Project will be implemented with the help of an SLI award and in cooperation with the two commercial banks. In the future, she also hopes to develop a new service that entitles kasambahay to buy insurance in conjunction with their savings account.

The Tokyo Foundation wishes her great success in her future pursuits.