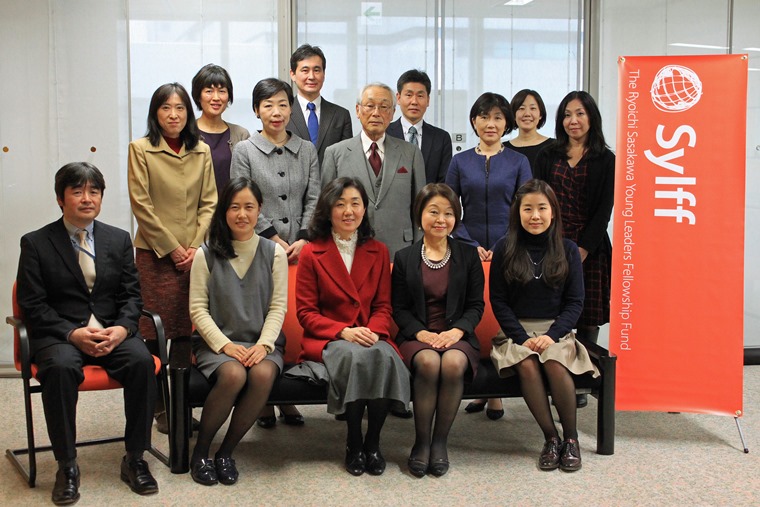 We are pleased to announce that this past October, fellowships were given to five students at the University of Coimbra (Portugal), the under the new Sylff Fellowship Program. The program is being offered jointly by The Nippon Foundation and Tokyo Foundation to all schools in the Sylff program...(more...)

Three fellows were selected as Sylff Leadership Initiatives recipients in 2015 so far, and their reports can be read here. In addition, 28 Sylff Research Abroad grants were awarded. The reports of SRA awardees on the Sylff website are classified by fiscal year-round number. We look forward to receiving many more applications in 2016.

We're very happy to share news of outstanding achievements by Sylff fellows around the world, including:

February 24
Conductor Holly Mathieson, a Sylff fellow from New Zealand, organized a concert on March 18, 2015, in Berlin, Germany, to launch Horizont Musik-Kollektiv, an organization to celebrate the works...(more...)

June 1
At the Institute of Political Education in Italy, Sylff fellowships are granted through the “Idea-Action Research Program” to encourage research projects in the social sciences and...(more...)

We welcomed many current and graduated fellows, and the comittee chairman to the Tokyo Foundation in 2015.

January 29
Violinist Johannes Fleischmann, a 2013 Sylff fellowship recipient at the University of Music and Performing Arts, Vienna, made a tour of venues around Japan in October 2014,including a special lunchtime...(more...)

May 25
Numtip Smerchuar, a 2006 Sylff fellowship recipient at Chiang Mai University, visited the Tokyo Foundation on May 11, 2015. While working as a lecturer in the School of Political and Social Science...(more...)

June 26
Professor Ulrike Schaede, chairperson of the Sylff program at the School of Global Policy and Strategy (formerly the School of International Relations and Pacific Studies), University of California,...(more...)