Toward an Understanding of the Medieval Mediterranean World

Gregory Williams received a two-year Sylff fellowship at the American University in Cairo for the academic years 2011-2012. He has been conducting a series of archaeological excavations in Aswan, Egypt, using an SRA grant. In this article, he argues that archaeological findings from the medieval Mediterranean world are often ignored, and suggests that the region’s Fhistory has much to teach today’s world about living in harmony and appreciating diverse cultures and religions. 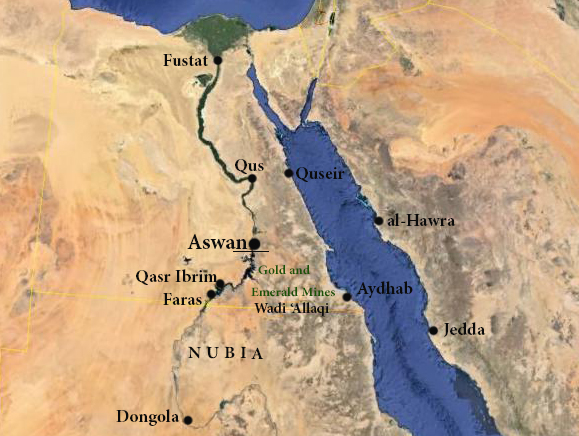 Map of Medieval Egypt and Nubia.

Since 1996, when Samuel Huntington first popularized the term “clash of civilizations,” much of our contemporary understanding of Islam and the Muslim world has centered on a dichotomous relationship between East and West. The international media ―and to some degree the academic community as well― has wholeheartedly accepted this ideology despite its inherently flawed nature. The acceptance of the idea that current political conflicts run along the religious and ideological lines of Islam and Western society greatly underrepresents the importance of historical and cultural factors when trying to understand and resolve those conflicts.

As a Sylff fellow I studied in Cairo, Egypt, and as a PhD student I was fortunate enough to receive a Sylff Research Abroad (SRA) award to continue my field research in Aswan, Egypt. During this time spent in the Middle East I was struck by what seems to be a major lack of understanding of premodern history among today’s policymakers, journalists, and pundits. The medieval history of the Mediterranean, which often helps to explain the diversity of cultures and languages in this part of the world, is often completely ignored. It is hard to read a newspaper, watch the news, or discuss political events without thinking in terms of Islam versus Christianity or East versus West. However, many historians have argued convincingly that Islam and Christianity developed as sibling traditions, with much more in common than we often appreciate or acknowledge. The Mediterranean region should be understood as a single, inter-cultural sphere. 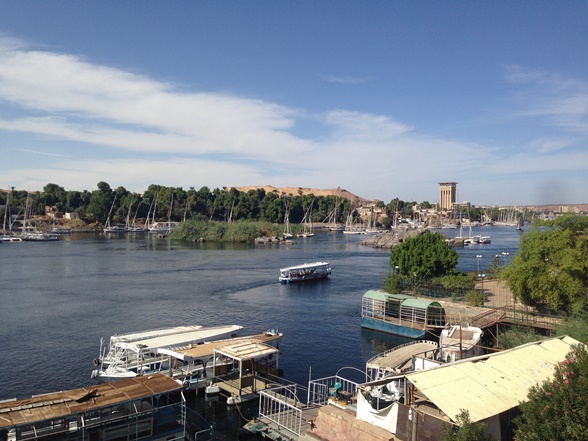 View of the Nile at Aswan.

Archeology is a field that can make important contributions to our knowledge of daily life and the history of Muslim, Christian, and Jewish communities in the Mediterranean region. Unfortunately, for most of this discipline’s history, projects have focused on the ancient past, and artifacts from the more recent past have often been ignored—or even removed and destroyed! How can we build a more comprehensive historical and cultural understanding of our recent and medieval past? This effort must begin by making focused, concerted efforts at important multiethnic and multireligious archaeological sites where a more nuanced understanding of the relationship between different ethnic groups and religious communities can be conceived. The SRA award has allowed me to make a start on this kind of study in Aswan, Egypt, a site with a unique setting on the historical border between Christian and Muslim lands in Africa. 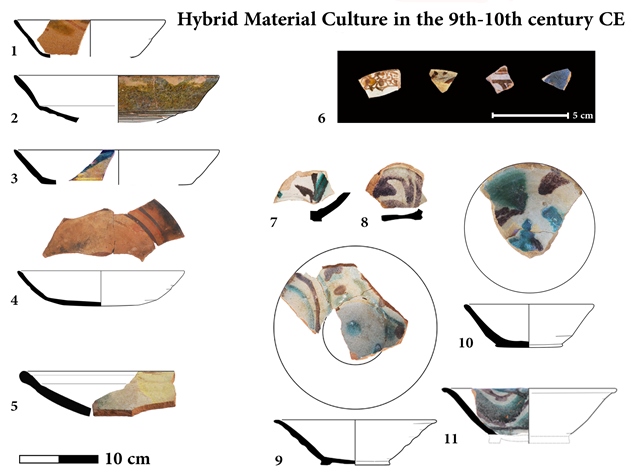 Fortunately, recent archaeological excavations in Aswan, run jointly by the Swiss Institute for Architectural and Archaeological Research on Ancient Egypt and the Egyptian Ministry of State for Antiquities, have presented a unique opportunity to explore this premodern past. Most previous excavation work in Egypt has disregarded the country’s medieval remains in search of its pharaonic past. In Aswan, the medieval city is treated as an important part of understanding Egypt’s history. While many cities and towns in Europe and the United States employ archaeologists to check that a new construction project will not destroy important cultural remains, this practice has only recently been introduced in Egypt. European and Egyptian archaeologists are working together on joint excavations to protect the city’s cultural heritage in spite of the illegal building and looting practices that sometimes plague Egyptian cities, and the results have made important contributions to our understanding of all periods of Egypt’s history.

During the ninth and tenth centuries CE, Aswan was home to various Arab tribal families, Coptic Christians, and Beja nomadic groups from the Eastern desert. Legal documents discovered elsewhere in Egypt in synagogue storerooms known as geniza suggest that a Jewish population also existed there for some time as well. Today, Aswan continues to be an important center for both Christians and Shi’a Muslims, although the vast majority of Egypt’s population is Sunni. The first cataract of the Nile became a major trading location for goods between Muslim Egypt and Christian Nubia. During this time, pilgrims passed through Aswan on their way to and from Mecca and Medina for the annual hajj, and merchants profited from the products of the Wadi al-‘Allaqi gold mines just to the southeast. Artifacts from excavations in Aswan have begun to highlight these kinds of interactions and the movement of peoples and products that were occurring inside and outside the Islamic world. 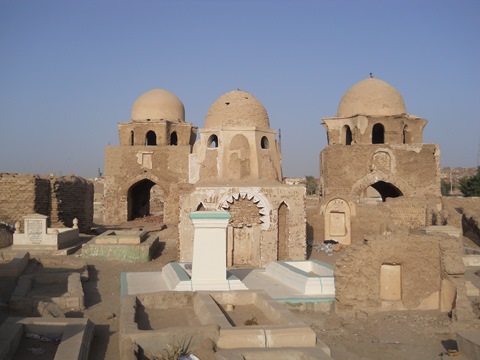 Mausoleums in the Aswan Cemetery.

In other words, Aswan was a highly diverse and “international” center in the medieval period. But this history is disregarded, as so often with medieval history in Egypt, as not ancient enough for the archaeologist and too long ago for the modern-day political scientist or economist. The reality is that these displays of multiculturalism and tolerance are important examples of how people can live together and have done so in the past. We can continue to treat people of other ethnicities and religions as coming from another civilization, or we can look to the not so distant past for a reminder of how “civilization” in the Mediterranean often meant complex, hybrid societies where people of different faiths lived together. Of course this coexistence was not always peaceful and without conflict. But unless we begin to incorporate cultural studies of the past into our modern conceptualizations of social conflict, we will be missing a very important piece of our shared human history.

It is easy to simply follow the national, institutional, and ideological lines that direct academic research in so many areas today. I believe that it is more important, though, to ask questions that transcend these dividing lines and investigate largely unexplored areas, such as the interaction between Muslim and Christian communities in North Africa and the Middle East. Perhaps by contributing to a more complete view of our history and the way in which people of different faiths and ethnicities interacted and lived together in the medieval world, research of this kind will give our current debates on the so-called “clash of civilizations” a much needed pause for reconsideration.

Gregory Williams is a doctoral student and member of the research group for Islamic Archaeology at the Universität Bonn. He received his MA in 2013 from the American University in Cairo. He has participated in archaeological field projects in Egypt, Spain, Israel, and the Palestinian Territories, and his research interests focus on material culture in the medieval Mediterranean world.