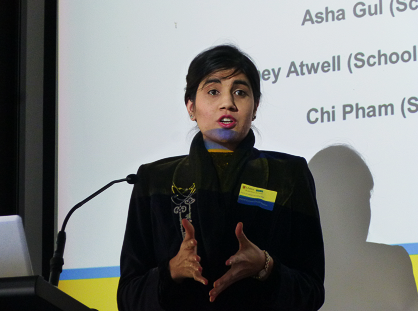 On November 2, 2016, UNSW Australia Business School celebrated the 25th anniversary of the Sylff program at the university.

UNSW became the thirtieth member of the Sylff community when an endowment was established at the Graduate School of Management in 1991, with the first Sylff fellows being selected in 1992. The school later became the Australian School of Business and is now called the UNSW Business School. To date, Sylff fellowships have supported 200 topnotch graduate students attending this world-renowned business school. At the celebration event, about 25 fellows and school representatives gathered to share memories with old friends and to meet new Sylff acquaintances.

The occasion was an opportunity to bring fellows from different generations together and strengthen their Sylff identity. 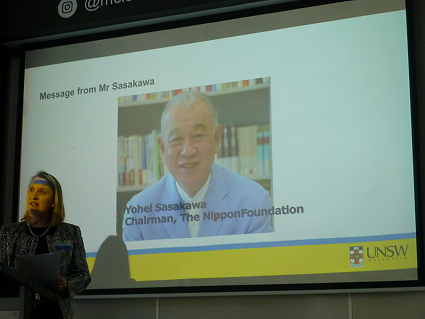 Four current fellows gave short presentations on their research and social engagement activities, such as those involving the teaching of business skills and the empowerment of women in local neighborhoods, demonstrating that Sylff fellows not only excel academically but also are change agents committed to the betterment of the community.

A fellow in the 1990s shared her experiences and noted that she still maintains the network that she developed with various Sylff institutions. She encouraged other fellows to take advantage of their membership in the global Sylff community.

Sylff’s distinctive features were emphasized in a congratulations letter from Mr. Yohei Sasakawa, chairman of the Nippon Foundation, which was delivered at the anniversary event by Professor and Acting Associate Dean of Research Elizabeth Carson. His message highlighted Sylff’s mission of developing socially engaged leaders and the access fellows gain to a global network of other fellows attending many of the world’s best universities. 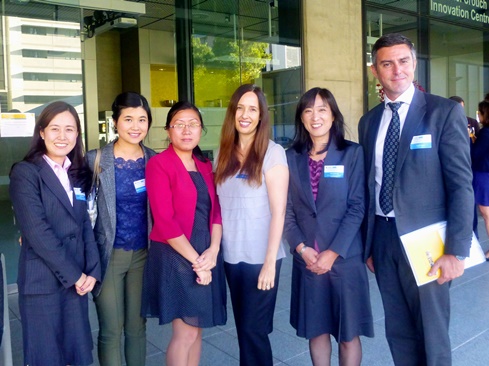 The success of the program can be credited in large part to the hard work of Sylff steering committee members at the university. In her remarks at the gathering, Tokyo Foundation Director for Leadership Development Yoko Kaburagi expressed her sincere gratitude to the SSC members for their dedication to the administration of the program over the past 25 years.

The UNSW steering committee and the Tokyo Foundation will continue to work closely together in further enriching the Sylff experience, both during the fellowship period and throughout the fellows’ careers.