Award Ceremony at the Institute of Political Education “Pedro Arrupe” 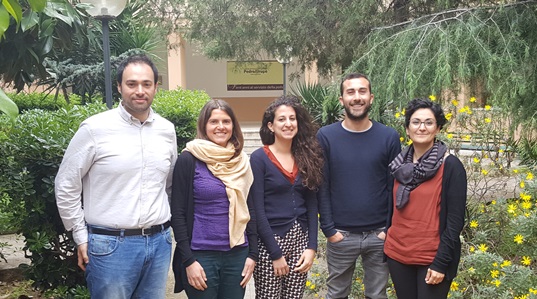 The five are receiving their fellowships under the new financial scheme, which was introduced in 2016–17. In switching to the new scheme, the institute established what it calls the Idea-Action Research Program whose theme is “Urban Leadership: Understanding Futures, Governing Cities Starting from the Margins.”

The program is designed to encourage research in the social sciences and humanities that addresses issues from a strictly scientific point of view but, at the same time, provides mechanisms and operational instruments to promote practical implementation (hence the name, "Idea-Action"). The program supports the development of a new generation of researchers who are interested in transforming society for the better.

The new Sylff fellows are a diverse group of scholars addressing issues from their own area of expertise, such as Asian and African language and culture; psychological intervention in development and socio-educational institutions; methodologies of art history; regional, urban, and environmental planning; and urban and regional planning.

A Sylff orientation and presentation meeting was held, during which Massimo Massaro, president of the Sylff steering committee at the Arrupe Institute, informed the five fellows of the mission of the Sylff program and the availability of support programs, including SRA and SLI. Addtitional programs are currently being developed.