A survey on Sylff Research Abroad was conducted in early 2017 targeting all SRA awardees believed to have already graduated from a doctoral program. The aim of this survey was to ascertain the usefulness of SRA in helping recipients gather information for their doctoral dissertation. Responses were received from 69 awardees. The results of the survey, along with some of the comments of awardees are cited below. Thank you to all fellows who turned in responses! 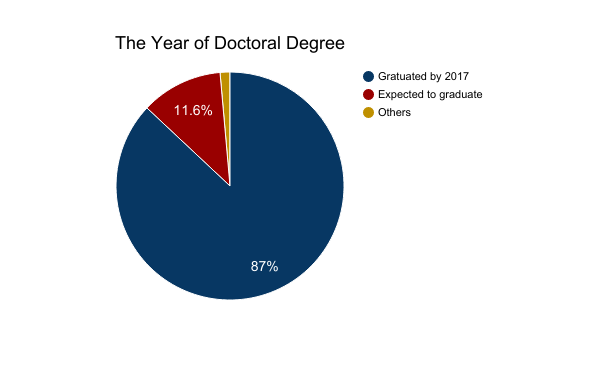 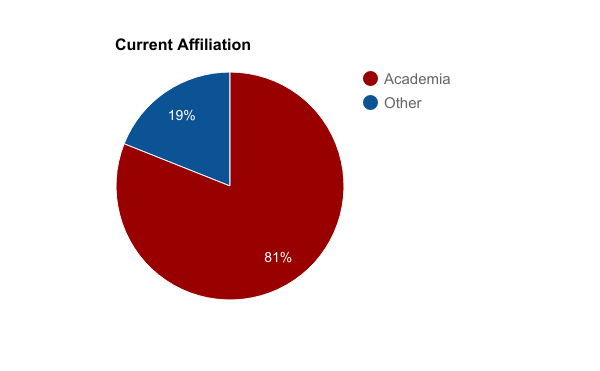 Approximately 87% of respondents said they had earned their doctoral degree by January 2017, and 11.6% expected to do so within the next three years. As for their current affiliation, 81% of PhD holders said they are working in academia as a lecturer, associate professor, or post-doctoral researcher, while the remaining 19% were active in other fields, such as working for an international organization or a publishing firm. A small number left school before receiving a doctorate to work for a private company. 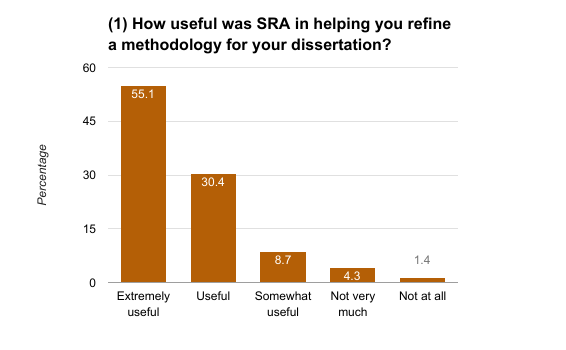 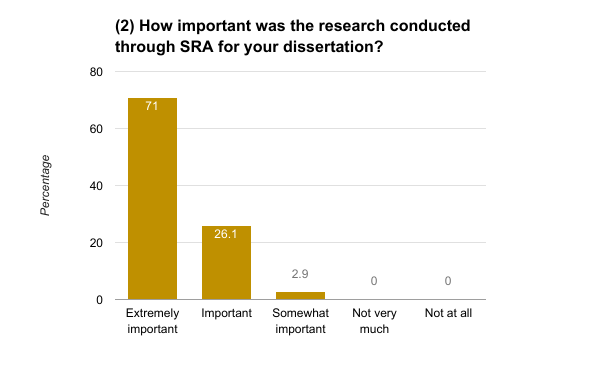 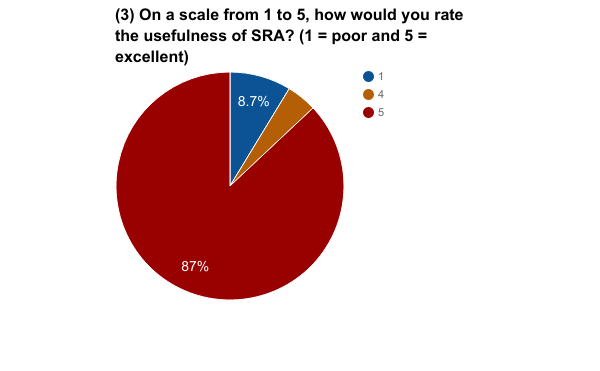 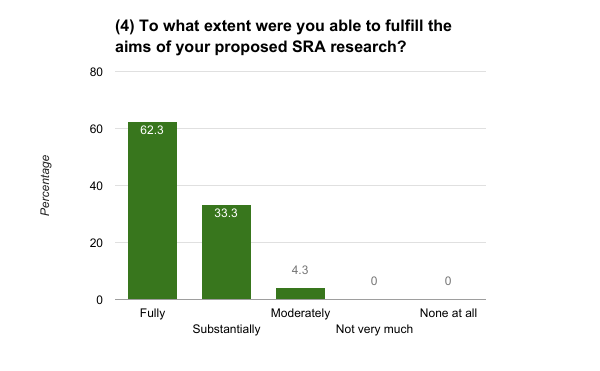 The figures show that SRA was viewed positively by a large majority of recipients. Although 8.7% of respondents in question 3 gave poor marks for the usefulness of SRA, all of them made positive comments. This suggests that they may have misunderstood the rating system, believing that 1 meant “excellent” rather than “poor.”

With regard to question 4, approximately 4% of respondents said SRA was not particularly helpful in refining a methodology for their dissertation, noting that it had already been developed before embarking on their research trip.

To question 5 on areas requiring improvement, many chose “other,” saying that they were satisfied with the existing program. Some of the suggestions respondents did offer included holding an event at a Sylff institution where all SRA awardees would have an opportunity to present their SRA experience, developing a new program to support the post-doctoral careers of awardees, and renaming the program so that it can be used to describe recipients, say, as a Sylff International Research Fellow.

The second most popular response with 32% was increasing the amount of the award. Respondents noted that living costs and tuition often exceeded $5,000 when conducting research at a host institution in a developed country—especially when their research lasted more than three months. The amount of the grant may need to be reconsidered in order to more fully support awardees’ research activities.

Respondents also said they hoped to see changes to the application process and restrictions on local research. The results suggest that fellows sometimes find it difficult to contact a steering committee member at their respective Sylff institutions when a number of years has elapsed since graduation. There was also a comment suggesting that online applications be introduced. 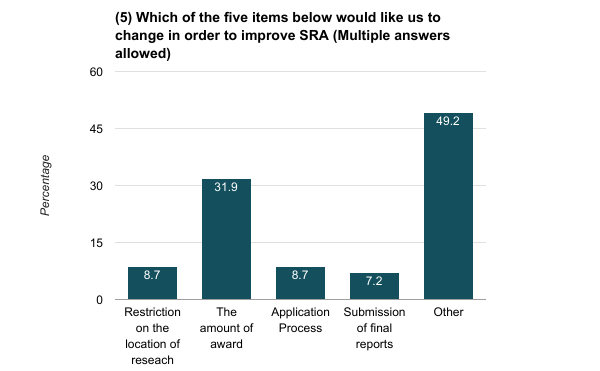 The Sylff Association values all comments from SRA recipients, and they will be used to design support programs that better meet the needs of doctoral students conducting research abroad. Thank you very much for your contributions.