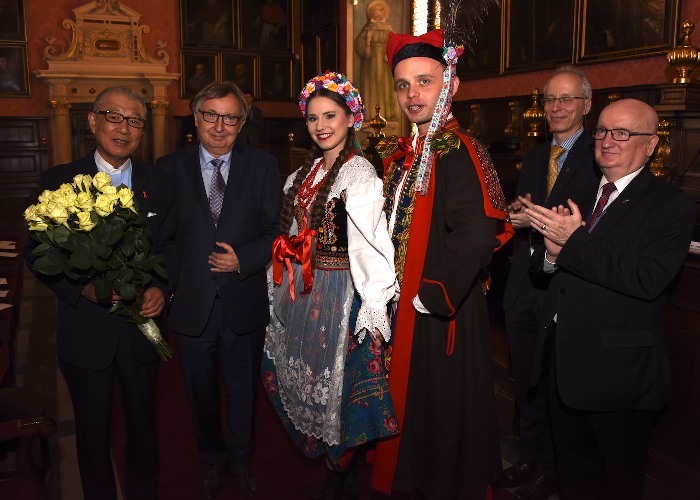 Jagiellonian University has, from the very start of the program, continued to implement the Sylff program successfully and has already graduated many active leaders, in the spirit of our program, noted Yohei Sasakawa, Chairman of the Sylff Association* and the Nippon Foundation.

The ceremony was attended by the university Rector Professor Nowak, Sylff steering committee members, Sylff fellows from Poland and other countries, and members of the Nippon Foundation and Tokyo Foundation, as well as Japanese Ambassador Matsutomi to Poland.

The ceremony was held in the venerable Main Hall of Collegium Maius—the oldest building of this university that was founded in 1364.

Mr. Sasakawa then commented on the changing environment of Poland and how Sylff leaders who understand diverse and shared values, can shed light on emerging issues that arise from those changes in society. Mari Suzuki, the Tokyo Foundation’s director, offered her remarks on the great leadership displayed by many Sylff fellows of the university.