The Tokyo Foundation was pleased to receive a visit on November 17 from Adriana Rojas Martinez, a 2000 Sylff fellowship recipient at El Colegio de Mexico (Colmex). 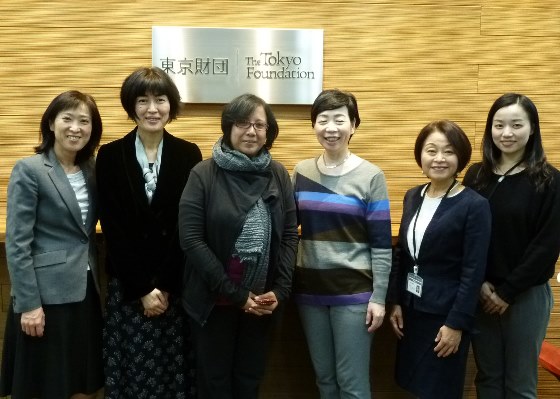 Adriana completed her master’s studies at Colmex and is currently director of international development for the Asia-Pacific region at the Monterrey Institute of Technology and Higher Education (Tecnológico de Monterrey), the highest-ranking private university in Mexico

Her research focused on Japanese culture, and her master’s thesis was on Japanese manga. She visited Japan for the first time in 2000 with Sylff’s support, and her fascination with Japan has continued since then. She has taught classes on Asian culture and is now working to promote student exchange between Mexico and Asia, particularly Japan and China.