Specializing in rural geography and socioeconomic modeling, József Lennert, a 2017 Sylff fellow at the Hungarian Academy of Sciences, shares highlights of his doctoral dissertation concerning the process and trends of counterurbanization after the fall of socialism in the Visegrad countries: Hungary, Poland, the Czech Republic, and Slovakia. Lennert made a comparison with the experiences of Western countries as well as among those of the four Visegrad countries, which pose both similar and distinctive aspects.

Thanks to the long-lasting influence of the romanticized Anglo-Saxon narrative of rural idyll, rural areas are still often perceived as stagnant, untouched by modernity, and resistant to any change. However, this is far from the truth: change never avoided rural areas, its rate simply varied during the course of history. From the 1970s a fast-paced rural transformation process started in the first world, bringing about fundamental changes in many aspects of rurality. These intertwining change processes are often summarized with the umbrella term “rural restructuring.”

Some of these changes included shifts in migration processes. Before rural restructuring, rural areas had been suffering for a long time from rural out-migration (with the exception of some settlements in the vicinity of an urban center, which were affected by suburbanization). Around the 1970s, a new migration trend called counterurbanization appeared in many first-world countries. Counterurbanization meant the (partial) reverse of previous trends, and migration surpluses appeared even in some previously depopulating remote rural areas. One of the driving forces of these new migratory movements was the increasing appreciation of natural and cultural amenities of rural areas—amenity migration. Rural restructuring also had an impact on land use. Instead of a landscape dominated by monocultural, productivist agriculture, a more diverse, multifunctional countryside is now preferred. These changes also opened up new future prospects and development possibilities for many previously neglected rural areas.

While the first world underwent rural restructuring, political and economic transition brought different changes and challenges to rural areas of the former socialist bloc. Realizing this, I set the main goals of my research as follows:

To achieve these aims, I conducted my research in the following manner:

In the following sections, I would like to share some of the most important findings of this research. 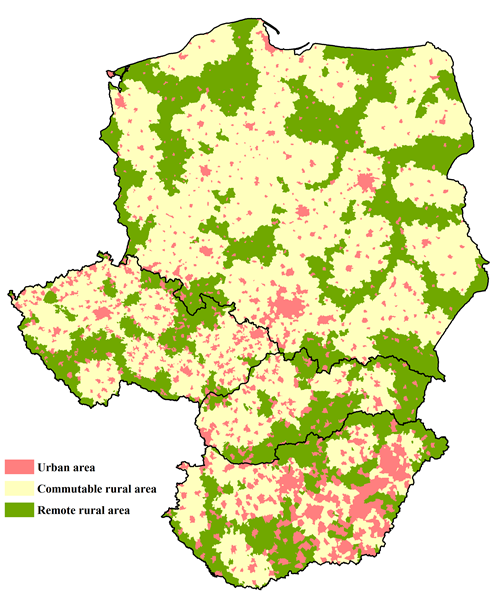 To examine the processes at the lowest possible level, I conducted my analysis in the spatial level of local administrative units (LAU 2). While my units of analysis are not completely analogous with the municipalities and settlements of the four countries, I will refer to them as such for the sake of a more straightforward discussion.

To achieve the goals stated above, I used a two-step delimitation method. I considered all units of analysis with less than 5,000 inhabitants, as well as those municipalities that have higher populations but do not possess city rights, to be rural (regardless of administrative status). Based on the Western experiences of rural restructuring, I made a further distinction between commutable rural and remote rural areas. I defined remote rural areas as rural areas that require 45 minutes or more of driving to reach the nearest city with at least 50,000 inhabitants; the remaining rural settlements are considered commutable rural (Figure 1).

According to this definition, even though most units of analysis can be considered rural, only 28.9%  of the population of the Visegrad Group lives in commutable rural areas and another 11.5% in remote rural areas. Among the Visegrad countries, Slovakia was characterized with the highest and Hungary with the lowest share of rural residents.

For the purposes of analyzing migration trends, I used data from the statistical offices of the four countries: Központi Statisztikai Hivatal (KSH) in Hungary, Główny Urząd Statystyczny (GUS) in Poland, Český Statistický Úřad (ČSÚ) in the Czech Republic, and Štatistický úrad (ŠÚ) in Slovakia. 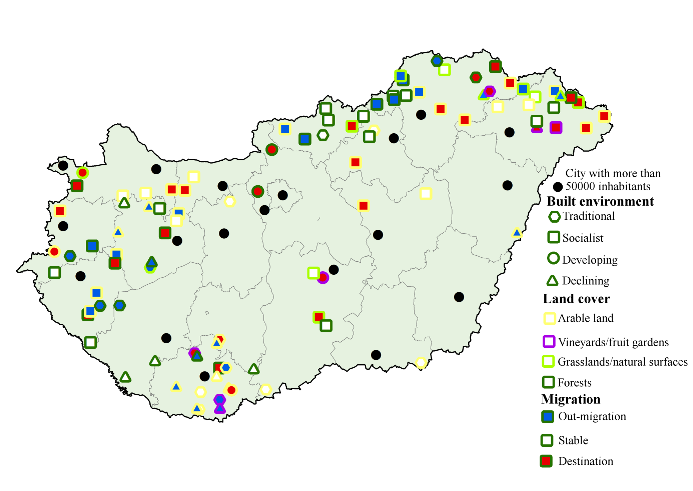 Figure 2. The typology of the selected rural settlements. Own elaboration.

To analyze the allocation of funds from the European Union, I used Hungary as a case study. I randomly selected 50 commutable rural and 50 remote rural municipalities. Based on the results of the previous analysis, I classified them into groups with distinguishable migration and land use characteristics. I also took into account the state of the built environment, which is a good indicator of ongoing social changes (Figure 2). Finally, I analyzed EU-supported projects from the 2007–2013 programming period for the selected 100 municipalities. 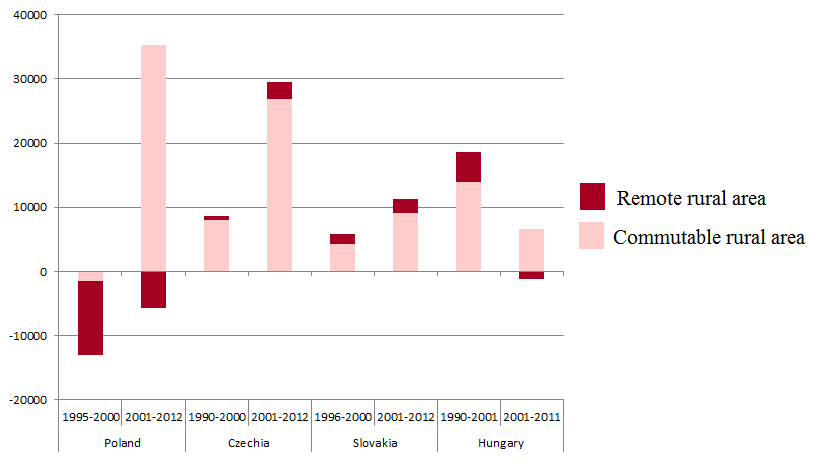 Figure 3. Rural migration trends in the Visegrad Group after the political and economic transition. Own elaboration based on data from KSH, GUS, ČSÚ, and ŠÚ.

The results indicate that the transition brought about drastic changes in the rural migration trends of the Visegrad Group. While rural out-migration dominated in the decades of state socialism, after 1990 the rural areas can be characterized with an increasingly positive balance (Figure 3). However, this surplus was mostly limited to the commutable rural areas. These results indicate the widespread emergence of suburbanization: the concentration of the population in suburban settlements around the central city of an urban agglomeration (Figure 4). Whereas in Western Europe and North America this process had already begun to take wings in the early twentieth century, it was restrained to a great extent in the centrally planned economies until the transition. After the fall of socialism, however, the former constraints lifted, and a rapid urban sprawl took place. This partially controlled process also had an impact on land cover change. 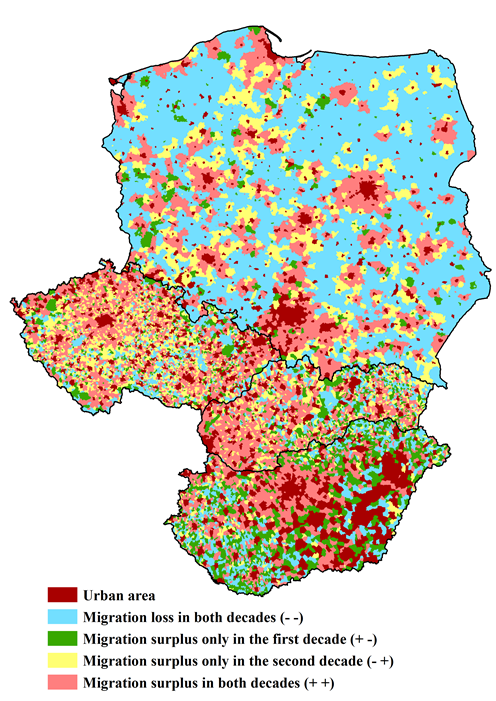 Figure 4. Rural migration trends in the Visegrad Group at the municipality level. Own elaboration based on data from KSH, GUS, ČSÚ, and ŠÚ.

Counterurbanization had a central role in the rural turnaround of the first world, but the appearance of this process in the research region is limited to a few destinations. Rural depopulation still persists in a large part of the remote rural areas of the Visegrad Group. Also, some remote rural locations became migration destinations for the socioeconomically disadvantaged. This unfavorable process is driven by economic necessities: those who are excluded from the work market are sometimes left with only one solution—to sell their former residence for a less valuable location and use up the difference for day-to-day expenses. Ultimately, this movement reduces their chances of reintegration into the labor market and leads to their further deprivation.

Figure 5. Land cover change trends in the Visegrad Group between 1990 and 2012. Own elaboration based on Corine Land Cover data.

The increase of artificial surfaces and forests and the decrease of arable land were already present during the decades of state socialism, and the results of the analysis show that the political and economic transition did not alter these long-term trends in land cover change (Figure 5). After the political and economic transition, however, the loosely controlled urban sprawl led to more chaotic expansion of artificial surfaces than in previous decades.

While some general trends are common for each country, we can still observe significant differences in the rate of change and in the spatial patterns. For example, despite the general shrinkage in the acreage of arable land, we can still identify areas of increase in the eastern regions of Poland (Figure 6). In these areas small-scale family farming persisted during the socialist era. The relatively low unemployment of these regions indicates that many former industrial workers returned to subsistence farming. This safety net function explains why market-controlled land abandonment did not reach the region. 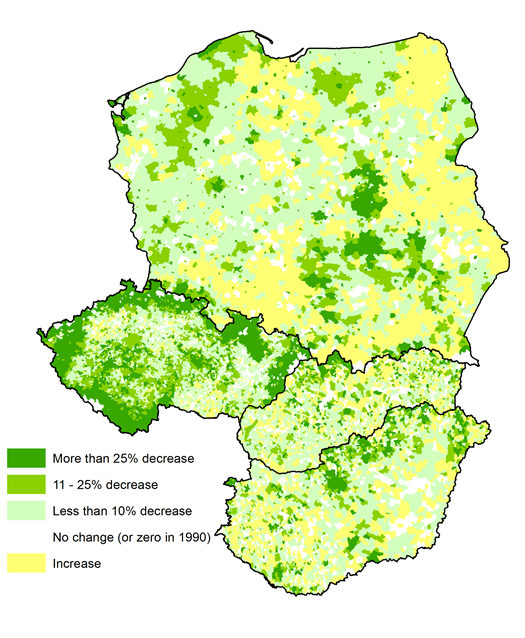 Figure 6. Changes in the area of arable land between 1990 and 2012. Own elaboration based on Corine Land Cover data.

The significant transformation from arable land to grassland in the Czech peripheries stands in stark contrast to the trends in Eastern Poland. Behind this, we can once again find region-specific reasons. This area was inhabited by Sudeten Germans since the Middle Ages, but after World War II the Czechoslovak government expelled the vast majority of them. This event was shortly followed by the reorganization of agricultural land into state farms and cooperatives, thus preventing the new residents from forming emotional ties with their land before the socialist transformation of agriculture. After the restitution, this lack of attachment led to land abandonment in the changing market environment, where farming was no longer profitable.

These two examples reveal that in regions with divergent socioeconomic and historical backgrounds, even similar challenges can induce radically different changes, leading to further differences in the socioeconomic circumstances of the localities.

The results discussed above pose the question of whether the allocation of EU funds takes into account the differences between rural communities. In order to close the development gap, disadvantaged settlements should be favored, and the implemented projects should reflect the unique needs of these settlements. Fund allocation in the 100 municipalities selected for the case study shows us a mixed picture. Generally, the per capita fund allocation favors the disadvantaged (e.g., remote rural) municipalities. However, the combination of several socioeconomic challenges (e.g., small population coupled with rural out-migration) can lead to insufficient human capital and completely prevent the absorption of the EU funds.

Moreover, disadvantaged settlements that receive a sufficient amount of resources may nonetheless not use them in the most efficient way. In socially and economically balanced settlements, a significant percentage of the resources are spent on increasing the competitiveness of local business. But this is not true for the disadvantaged settlements; there the emphasis is shifted to investments in settlement infrastructure and local services. While these are important aims, without a more dynamic local economy, there is little to stop the decline and decay of these settlements.

József Lennert was born in 1989 in Békéscsaba, Hungary. He received his BSc degree in Geography in the University of Szeged in 2010, and his MSc degree in 2012. After that, he became a PhD student of the Doctoral School of Geosciences at the University of Szeged, and successfully defended his dissertation in a public debate in 2017.10.06. From 2013, he is employed as a junior research fellow in the Institute for Regional Studies of the Centre for Economic and Regional Studies of the Hungarian Academy of Sciences (MTA KRTK RKI) in Kecskemét. His selected research fields are rural geography and socio-economic modelling.

Supported research activity: Rural restructuring in the Visegrad Group after the political and economic transition. The research mainly focuses on the changes in the rural migration patterns and in the land cover, the present spatial structure of the rural areas and the allocation of the EU funds.