Sylff Project Grant (SPG) is a new support program launched in September 2017. The program awards grants of up to $100,000 to support projects led by Sylff fellows with the aim of contributing to the resolution of a social issue. Selection criteria favor projects that take an innovative, sustainable approach and have high potential for social impact. Grantees must personify the Sylff mission and demonstrate the kind of leadership and commitment needed to spearhead social change.

In March 2018, the first grant was awarded to Yutaka Tokushima, recipient of a 2016–17 Sylff fellowship at Keio University’s Shonan Fujisawa Campus. In the following overview and interview, we profile the project’s leader, his previous accomplishments as a Sylff fellow, and his plans for translating those achievements into an enterprise with sustained social impact.

Yutaka Tokushima is a doctoral student at Keio University specializing in fabrication design. Hoping to use his expertise for the good of society, Tokushima initiated a project aimed at leveraging digital technology to provide affordable prosthetic legs to low-income individuals in the Philippines.

Owing to dietary issues, diabetes is a growing problem among the poor in many developing countries, and when patients are poorly informed about their condition and its control, the complications can lead to amputation of the lower extremities. Unable to work, amputees typically sink deeper into poverty. A conventional artificial limb, which must be assembled by highly skilled artisans from multiple parts and a variety of materials, can cost anywhere between $3,000 and $9,000 in the Philippines. For someone subsisting on less than $400 a year, such a purchase is unthinkable. Yet an artificial limb would allow many of these amputees to find work and support themselves. 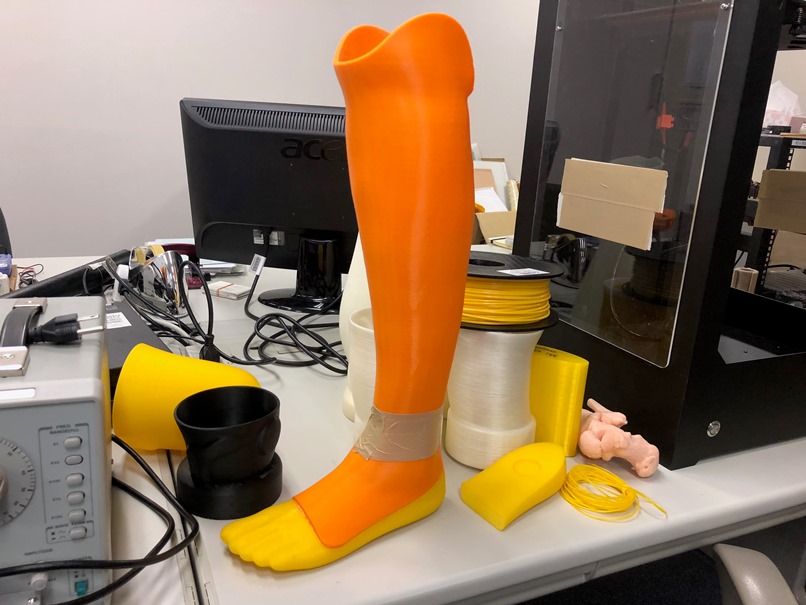 In an effort to surmount these critical cost obstacles, Tokushima developed a system that uses 3D printing and machine learning to fabricate prosthetic legs entirely from plastic. The process yields dramatic savings, first of all, by eliminating the need for expensive materials. In addition, the application of a 3D printing system using software with machine-learning capabilities greatly reduces the need for advanced professional skills in the fabrication process. As a result, artificial legs can be created at a small fraction of the cost of conventional prostheses, putting them within reach of low-income amputees in developing countries.

Next, Tokushima set up a company, Instalimb, which is currently conducting clinical trials of 3D-printed prosthetic legs in Metro Manila. If all goes well, he plans to launch a social business in the form of a joint venture and begin providing 3D-printed prosthetic solutions on a commercial basis in Manila sometime in 2019. The next step will be to explore ways of expanding that business model to sparsely populated areas and outlying islands, where cost and accessibility hurdles are particularly high.

Tokushima believes he has a mission to apply his expertise in fabrication design to help better the lives of people in the developing world. He also believes that, in order to ensure lasting social impact, assistance from the developed world must focus on giving local citizens the means to tackle their communities’ issues themselves.

In the following interview, Yutaka Tokushima spoke with me about his goals and aspirations for the project recently awarded an SPG. (Interview conducted by Keita Sugai on March 26, 2018, at the offices of the Tokyo Foundation for Policy Research.) 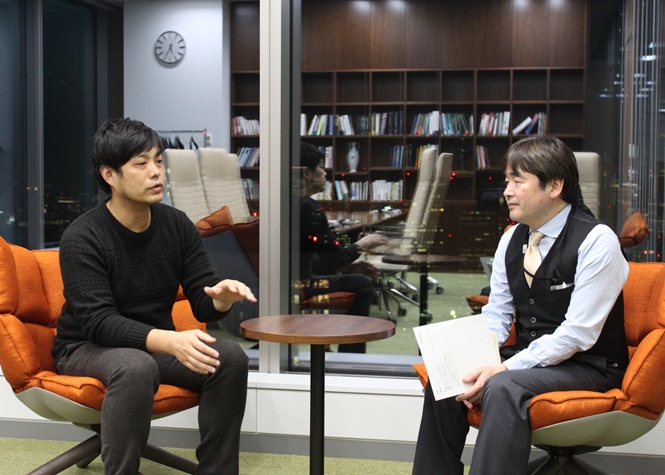 — What made you decide you to undertake the development of a 3D-printed prosthetic solution?

YUTAKA TOKUSHIMA: It all started when I was working in Bohol, in the Philippines, with the Japan Overseas Cooperation Volunteers [JOCV] under the Japan International Cooperation Agency.

The digital fabrication technology already existed. I was wondering if that technology could be used to help people in Bohol help themselves. I realized that 3D printing was a groundbreaking technology that could give low-income individuals access to powerful fabrication tools even on a tiny island like Bohol.

— Why did you choose Metro Manila as your market?

TOKUSHIMA: I’ve always thought that I’d like to do something to contribute to development in Southeast Asia, and when I joined the JOCV, I was sent to Bohol. As an outgrowth of my work there, I had the idea of leveraging digital fabrication technology to help the poor via social entrepreneurship. I chose Metro Manila because it’s a big city with a lot of poverty and inadequate access to urban services, and because there’s a widespread feeling that something needs to be done about its social problems. In other words, it was the place that offered the best opportunities for this kind of social enterprise. For me, a key challenge is striking a balance between philanthropy and business viability, and Metro Manila seemed like the best location from that viewpoint.

— We know that you’ve already conducted some trials on a limited basis. What’s been the response from your subjects?

TOKUSHIMA: We’ve had a great response. I remember particularly an elderly man whose leg had been amputated seven years earlier. He couldn’t wait to get back to his job as a cabinetmaker, and his wife was so happy she was crying. It was truly gratifying.

— So, what are your short-term, medium-term, and long-term objectives?

TOKUSHIMA: This year I’m going to continue usability testing to perfect the product, while establishing a business model that can be applied to most third-world cities. I’m also going to make preparations for the launch of my venture business. And I’m going to conduct a feasibility study to gauge the possibility of developing a separate business model geared to remote areas and islands. Medium term, I want to begin offering prosthetic solutions throughout the Philippines within the next three years. Beyond that, I hope to use what I’ve learned in the Philippines to expand to other developing and semi-industrialized countries.

— Do you have any ideas about what you might do next?

TOKUSHIMA: I know that I want to pursue this approach of using new technology to empower developing nations. The traditional model of development assistance was based on a vertical relationship. The donor countries brought in their own materials, equipment, and know-how, and when something broke down or wore out, it was often difficult to fix it. The trend in international cooperation nowadays is toward a horizontal relationship between donor and recipient. There’s a growing emphasis on providing technology that empowers people in the developing world to solve their own problems. I’d like to be a part of that.

— Is there any message you’d like to convey to other Sylff Association members reading this interview?

TOKUSHIMA: Sylff's goals are very consistent with the trend toward horizontal cooperation that I was talking about. The Sylff mission centers on transcending differences and joining together to address the issues confronting society. It’s an honor to be selected for a Sylff Project Grant. For others around the world who are eager to pursue similar projects, I want to say that we’re lucky to be living in a time when there are people who will give us a chance. I want to make the most of that opportunity and provide an example for others by strengthening cooperative ties and making a real difference in the world.

As a former SLYFF Fellow and a mother of a child amputee, it is fantastic to see this type of project and effort underway. So many people need access to prosthetics and you are helping to provide an invaluable gift of mobility. I hope to be able to follow your progress. -Laurie Trautman-

Thank you for your encouraging comments. It is nice to see that prosthetics will become available for those in challenging economic condition, and is even great to know that this type of production and distribution may ivolve into sustainable social business. -Keita Sugai-

I am an amputee, lower left leg. Your project is very interesting and will help many amputees like me. What will I do to bring your project here in Naga City. Thank you. -Edgar Adoremos-

Dear Edgar, Instalimb has renewed their website. You can contact them by registering on "waiting list" page. Please visit the following page. https://www.instalimb.com/booking. We will post Mr. Tokushima's Voices article about the project very soon. We will let you know when it is posted. Thank you. -Yumi Arai-