Members of the Sylff Association secretariat were saddened to learn that Frances Seeds, one of the Sylff program’s very first fellows, passed away in November 2018. She received a fellowship in 1987 while attending the Fletcher School of Law and Diplomacy and worked for many years as one of the top interpreters in Japan.

After graduating from Tufts University’s Fletcher School, where she received a master’s degree in international relations, Seeds became a Japanese-English conference interpreter, working at many important events in both the private and public sectors, including international conferences, negotiations, and summit meetings. As a fully bilingual speaker of English and Japanese, she was frequently praised for her ability to fully convey the meaning of remarks in both languages.

Her skills were in evidence very recently, when she provided interpretation at the farewell lunch party for the Sylff Leaders Workshop in September 2018. Her poise and masterful rendering of comments by Nippon Foundation President Takeju Ogata and other speakers made a deep impression on all participants.

We are all pained by the sudden news of her passing and feel a deep sense of loss. May her soul rest in peace. 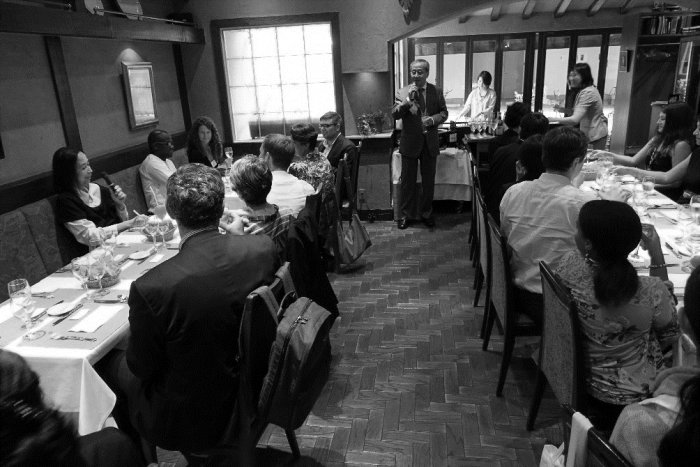 Frances Seeds (far left) interprets for Takeju Ogata, president of the Nippon Foundation (standing with microphone), at the farewell lunch party for participants of the Sylff Leaders Workshop in September 2018.