Dr. Yohei Sasakawa: An Inspiration to All

At a ceremony in February 2019, Sylff Association Chairman Yohei Sasakawa was awarded the 2018 Gandhi Peace Prize by Indian Prime Minister Narendra Modi. Joyashree Roy, founder and advisor of the Jadavpur University Sylff Program, offers a congratulatory message on being conferred this extraordinary honor and expresses her wish for even greater recognition. 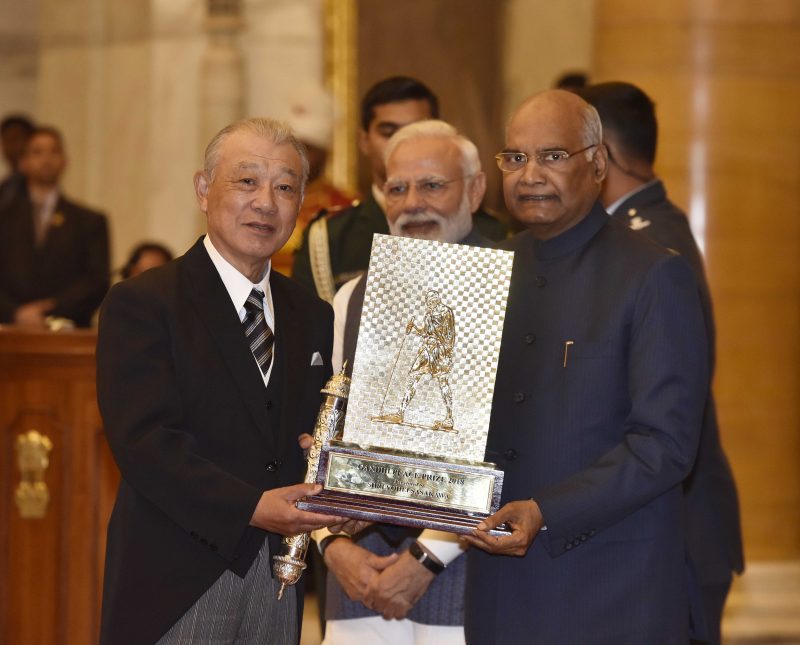 Congratulations to Dr. Yohei Sasakawa for being awarded the 2018 Gandhi Peace Prize by Prime Minister Narendra Modi of India!

It would be quite an understatement to say that we at the Jadavpur University Sylff program (JU-Sylff) and myself now as the Founder Advisor to the JU-Sylff program are extremely happy at this recognition. Dr. Sasakawa is one of the most revered personalities among students, faculties, and staff at the university. Any award that is conferred on him is an honor for which we feel equally proud.

This reverence comes not only from the fact that his foundation’s generous endowment to our university has changed the lives of many young researchers at Jadavpur University since 2003 and will continue to do so. It was in 2005, if I recall correctly, that Dr. Sasakawa was awarded an honorary doctorate from the university at a special convocation, when a packed auditorium heard him speak and watched a documentary on his resolve and dedication in eradicating leprosy from the city of Kolkata and around the world.

The audience was moved to the core of their hearts. Our then vice-chancellor made a public commitment then and there that Jadavpur University will make sincere efforts to support Dr. Sasakawa’s crusade for human emancipation. The JU-Sylff association since then has never missed a year in donating part of its earnings and at least one full day of its members’ time to bring hope, smiles, and a higher quality of life to leprosy patients in one of the hospitals in the city.

Dr. Sasakawa’s unique commitment to bring peace on earth through the inclusion of all those who may otherwise be excluded from mainstream society has not gone unheeded at Jadavpur University, and now I can say proudly that India, too, has given him his due by awarding him the Gandhi Peace Prize.

Dr. Sasakawa’s message is that leprosy is not only a medical problem but a social one, requiring us to get over our stigma so that our society can become truly inclusive. To advocate an inclusive society is one thing; practicing it by embracing leprosy patients and giving them opportunities for regular employment so they can lead a life of dignity is another. This is what we learned through Dr. Sasakawa’s work. 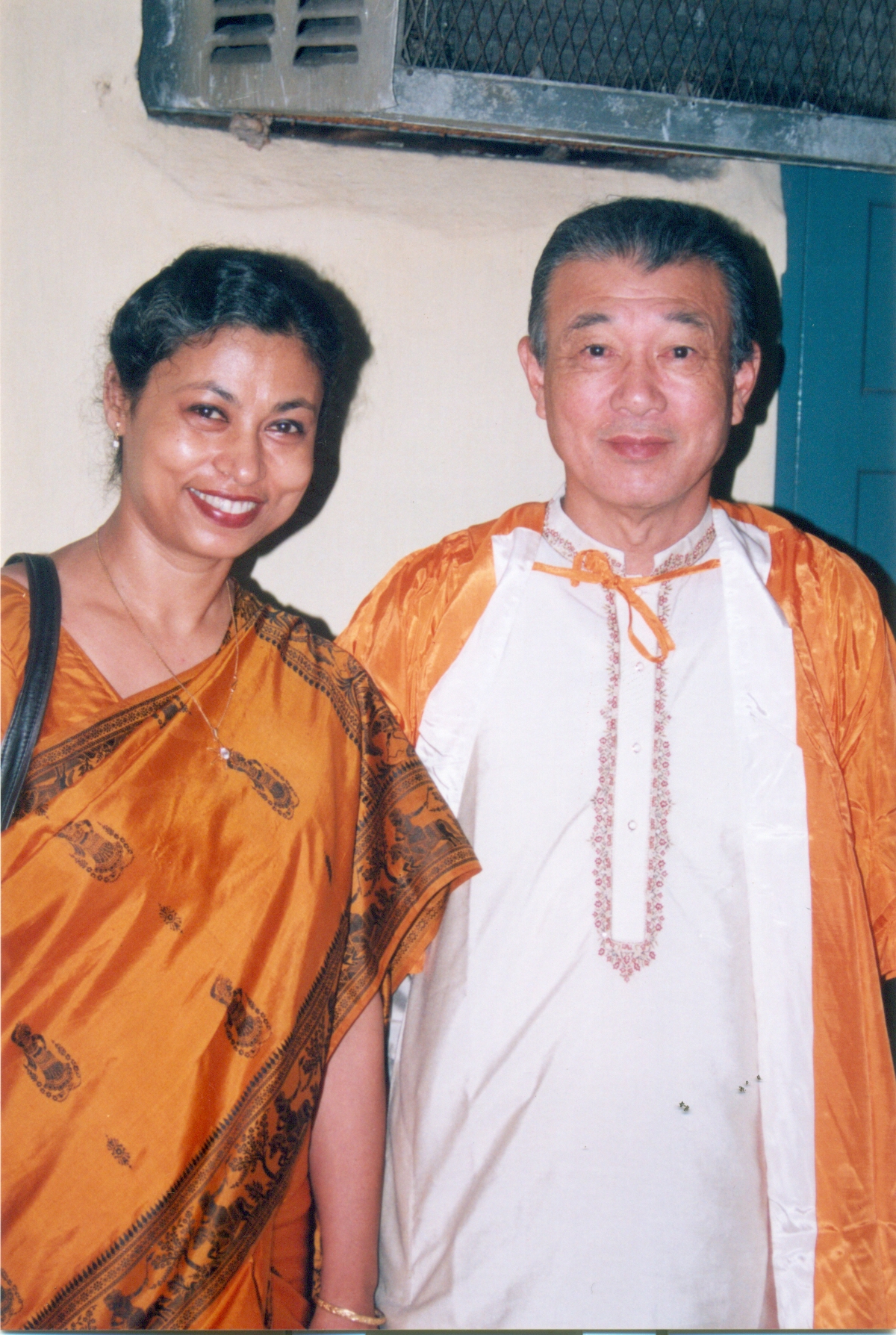 Philanthropy, I learned from seeing his initiatives, is not a new business idea but the expression of a true humanitarian spirit. His vision and mission regarding a borderless society, where mutual understanding and trust will break down all artificial barriers for the progress of humankind, are the essential qualities of a more peaceful world.

It is not the top-down calls for peace that bring peace; rather it is grassroots dedication and service, as shown by his example, that can change the world so that no one will be left behind during the development process. Dr. Sasakawa has demonstrated that this cannot be accomplished simply with lip service or through international negotiations but requires tireless effort to find solutions and to reach out to all. I feel there is much the world today can learn from the goal-oriented work of Dr. Sasakawa, not only seeking solutions for the world’ problems but in building peace by including everybody into the mainstream of social development.

We have done the best we can within our means to communicate and promote his ideals, ideas, and possible solutions, but I am extremely happy that the Government of India has now recognized Dr. Sasakawa’s immeasurable contributions to humanity’s progress by honoring him with the Gandhi Prize. “Mr. Sasakawa, you are the inspiration for India," said then Prime Minister of India Manmohan Singh in 2007 with heartfelt, genuine sincerity when he met Dr. Sasakawa and his leprosy mission. A decade later, our current prime minister has formally recognized his work with the national-level peace award.

It is not just a sense of mission but a commitment to achieving positive results, guided by a clear vision emanating from the core of one’s heart, that can inspire us to reach out to those who have been forgotten by human society and bring them into the limelight, enabling them to breathe the same air and to put on the same smiles as everyone else. 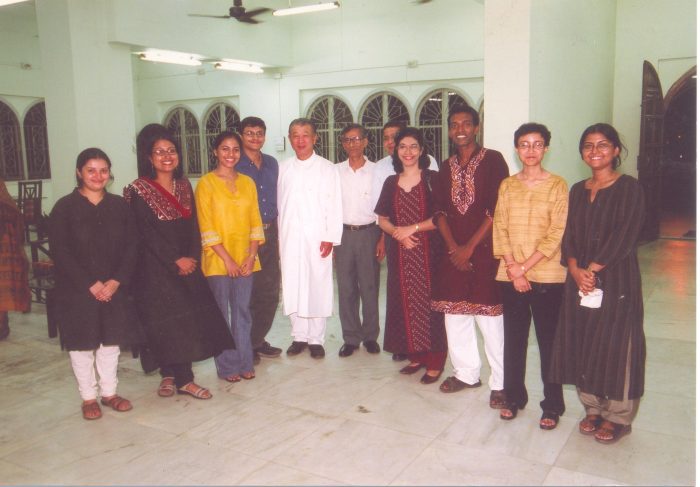 The number of leprosy patients in the world, including India, has gone down dramatically since the late 1980s thanks to the free provision of an effective drug called MDT (multi-drug therapy). This was the direct result of a personal decision by Dr. Sasakawa to provide MDT free of charge worldwide for five years from 1995 to 1999. To help people affected by leprosy living in stigmatized leprosy colonies, Dr. Sasakawa established a private foundation in India, the Sasakawa-India Leprosy Foundation, in 2006. He personally visits people affected by leprosy and, through the foundation, provides microfinance to improve their quality of life and educational opportunities to young children.

I wish that Dr. Sasakawa will in the near future gain the highest global recognition from the Nobel Peace Prize Committee for inspiring the world to eradicate a social problem that still afflicts around 200,000 people. Such recognition would set an example for the citizens of the world on how we may move forward toward peace and prosperity for humanity at large. 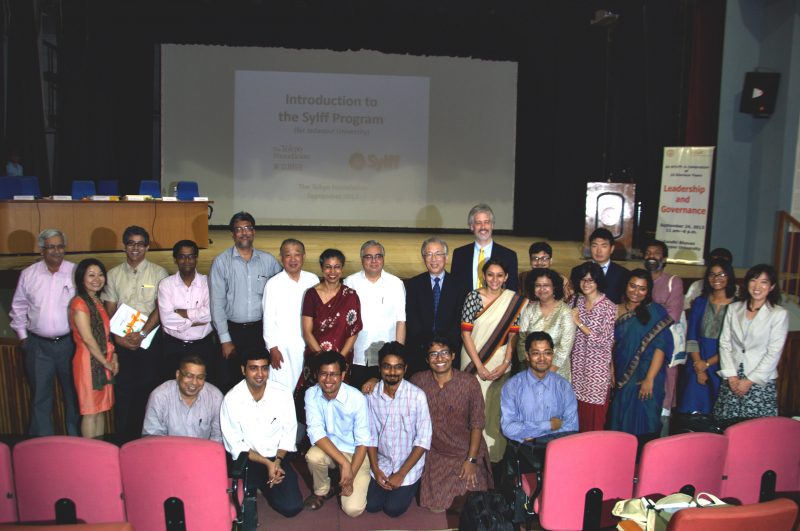 Some might argue that recognition is not necessary if all of us individually fulfill what needs to be done. My position is that recognition is important because it inspires, allowing all to see what must be done and what should be avoided in a society where various forms of exploitation, hatred, and exclusion toward the powerless still persist. Gandhiji believed that man was a lofty being, and that the higher should protect the lower. This is the philosophy that has been demonstrated by Dr. Sasakwa through his mission of leprosy eradication. His generous endowments under the Sylff program to educational institutions worldwide similarly encourage bright, young leaders to think deeply about local issues and to find solutions in the context of a broader canvas.

Dr. Sasakawa, I know you will not stop and rejoice just because you have been recognized but will tirelessly continue with your work to reverse social exclusion. We who admire you, though, would like to celebrate with tears of genuine happiness when you are conferred with the world’s highest award for peace. I am eagerly waiting for that day.

[1] (Currently) Bangabandhu Chair Professor, Asian Institute of Technology, Thailand; Founder and Advisor: Jadavpur University Sylff Program; (on lien) Professor of Economics, Jadavpur University, India. Author’s comment: “Mr. Sasakwa is the chairman of the Nippon Foundation, Asia’s largest grant-making foundation, and the WHO Goodwill Ambassador for Leprosy Elimination. I have met Mr. Sasakawa many times while I was JU-Sylff director during his visits to the Jadavpur University campus and to the city of Kolkata on his mission for “Leprosy and Human Rights.” Each time, he welcomed me with his warm, smiling face, as if we were dear, longtime friends. Such an outpouring of congeniality is quite rare.”