The aim of my doctoral dissertation research—carried out with the support of a Sylff fellowship—is the examination of contracts concluded by the state and other public bodies in Europe. Particular attention is given to concessions and the interplay between various national legal traditions and the law of the European Union. My work focuses on the legal specificities of these contracts and seeks to understand important socioeconomic connections of this field of law, such as the different modes of the state’s involvement in the economy and the different ways public services are organized, and where the boundaries between the state and market are set. In the following, I would like to give a brief introduction to this topic.

In the evolution of the law of public contracts at the national and European level, the organization of public services has always played an important part.

Many services that are now considered public services first appeared as private initiatives. As capitalism developed, urbanization and population growth resulted in an ever-increasing number of tasks that public administrations needed to organize for the smooth functioning of society. The state’s involvement in the economy became more active in the first half of the twentieth century owing to two world wars, economic crises, the growing need for public services, and the bankruptcy of private-sector service providers. As welfare states flourished in Europe in the 1960s and the first half of the 1970s, the provision of public services came to be carried out mainly in the public sphere, either by state bodies, local authorities, or by organizations closely related to them.[1] 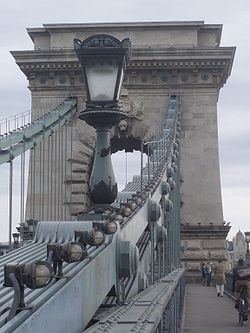 The Chain Bridge, one of the iconic monuments of Budapest, Hungary, is an example of a private initiative taking the lead in building public infrastructure in the nineteenth century. Its construction was funded and carried out by the Chain Bridge Joint Stock Company, owned by private shareholders. (Photo by Gyurika, CC-BY-SA-2.5, https://commons.wikimedia.org/wiki/File:Lanchid-budaipiller.jpg)

Challenges to the concept of the European welfare state emerged in the 1970s, as the oil crises of 1973 and 1979 triggered a new way of thinking about economic policy. The organization of public services according to market principles, outsourcing, and the involvement of the private sector became widespread, accompanied, in certain cases, by the privatization of assets serving as the basis of a public service. An important factor encouraging these processes was the law of the European Union. The most intensive period of regulation in the European Union to build up an internal market of undistorted competition started in the early the 1990s. An important part of this was the liberalization of network-based public services and the regulation of public procurement, which became more detailed and effective through the adoption of new directives.[2]

The reform of public services and the growing importance of contracting out became a general trend in Europe, but they unfolded differently in the individual member states of the EU, influenced by the respective traditional approaches to delivering public services.

In Germany, public services of an economic nature are traditionally provided by so-called Stadtwerke. These are companies of local authorities (earlier organized also by public law) that provide the population of a geographical area with different utilities. In the field of social services, cooperations of charitable organizations were a traditional form of service provision. The trend of privatization has affected these long-established structures, and private operators now play an important role in the delivery of public services. As a result of EU-led liberalization, these markets also had to be opened up to competition—or at least adjusted to a competition-driven legal system. However, certain sensitive areas, such as water supply and ambulance services, were protected by public policy from the encroachment of market forces by the EU.

Unlike Germany, France did not develop a strong utilities’ sector at the local level. The system of French local authorities was very fragmented, and their scarce resources encouraged the delegation of public services—mainly in the form of concessions—to private providers from as early as the middle of the nineteenth century.[3] The French state’s interference in the economy was particularly strong after World War II; extensive nationalization took place ,which largely affected the utilities, but state involvement was significant even in the competitive parts of industry and in the banking and insurance sectors.[4] Due to this composition of public property and the historic guiding theory of service public in public administration, the privatization of the 1980s and 1990s affected primarily the competitive sectors of the economy, not the utilities. The French constitution of 1946 expressly stated that monopolies and companies providing national public services and the assets necessary to run these services must remain state property.[5] A characteristic of the French model is that the utilities market is dominated by a few large companies, which are also important participants in the EU-wide market of service concessions. 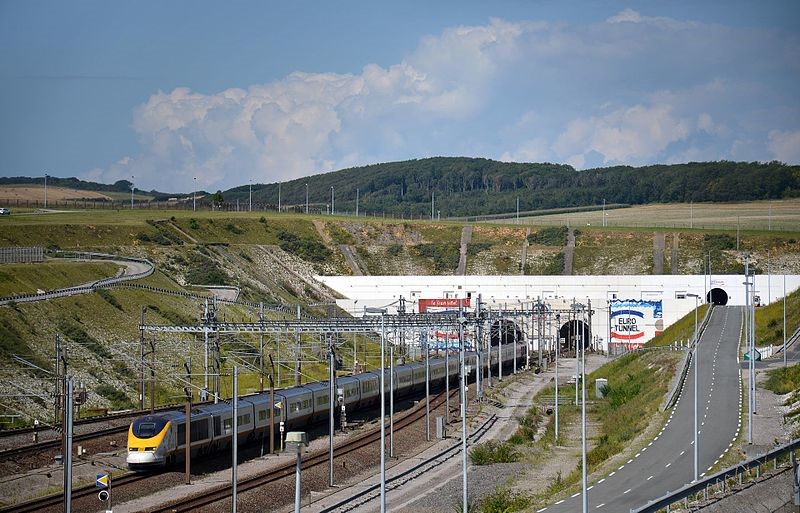 The Channel Tunnel links Great Britain with continental Europe. The infrastructure project, negotiated in the middle of the 1980s, was a pioneer of large-scale, concession-type contracts using the project finance technique relying on the proceeds of the project. (Photo by Florian Févre from Mobilys, CC BY-SA 4.0, https://en.wikipedia.org/wiki/File:TGV_TMST_3011-2_-_Sortie_Tunnel_sous_la_Manche_%C3%A0_Coquelles.jpg)

In Britain, the common law legal system (which follows a different concept than the legal systems of continental Europe) evolved in parallel with another type of economic development. From the outset, capitalism developed with much less state involvement than in Germany or France. Margaret Thatcher, who became prime minister in 1979, was a pioneer of a neoliberal economic policy. She implemented reforms to achieve a more economic and effective public sector, encouraging contracting-out, private-sector involvement in public projects, privatization, and the liberalization of monopolies in utilities. The British administration also developed innovative legal concepts like unbundling and public-private partnerships (PPPs) that later spread to the rest of Europe and beyond.

Nowadays, EU law has a decisive impact on how member states can organize public services. Although there is undoubtedly a push toward more competition and privatization, there are also elements of EU law that try to seek a balance between the principle of undistorted competition and the will of member states to preserve their ability to decide on the most appropriate way to provide public services with different degrees of state involvement and to protect certain traditional elements of their systems.

The Law of Public Contracts

The law governing the contracts of public bodies is also shaped by changing economic circumstances, the increasing recourse to contracting-out, and the impact of EU law. There is a general trend towards unification, mainly deriving from EU public procurement law, whose focus is to sustain undistorted competition in public purchases through transparent procedural rules. But this process also accommodates different legal traditions in national laws. 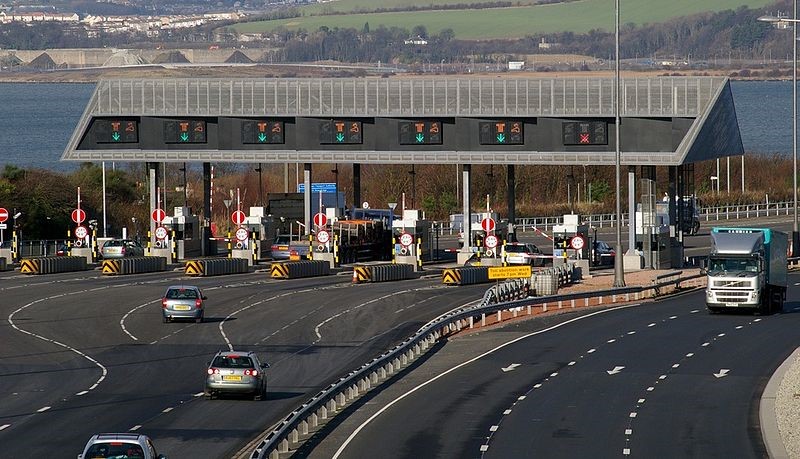 PPP contracts were widely used from the 1990s to develop different types of public infrastructure, such as motorways. However, there were always concerns whether PPPs could deliver value for money for the public sector. (Photo by Kroock74, CC BY-SA 3.0, https://commons.wikimedia.org/wiki/File:Toll_booths_in_the_UK.jpg)

The German legal system has traditionally been based on a strict distinction between private and public law. Its main approach to the contracts of public authorities is that public administration is also subject to private law when it takes part in economic relationships. This way of thinking has not impeded the acknowledgement of certain specificities of public contracts in connection with the public interest. The emphasis in German law is on the requirement that public authorities give due consideration to human rights even if they are acting under contract. In order to apply public law requirements to private law contracts, German courts incorporated these public law principles into general private law clauses. This solution of taking into account public principles in the interpretation of private law is called Verwaltungsprivatrecht in legal literature.[6]

One difference we can observe in English law is that its evolution is much more based on the needs arising from private economic activity than in continental contract laws. In the system of common law, it follows from the principle of the rule of law that the same law applies to both the state and private parties when they take part in economic relationships. As a result, even the existence of administrative law was recognized much later in England than in Germany or France. The specificities of public contracts appear in the principles elaborated by the courts and in codified laws, but there is no general legal concept or theory on how the public interest is considered in relation to public contracts.

In spite of the conceptual divergences, common features can also be observed in the main European legal systems.[7] These elements all relate to the public interest and represent two main aspects of public contracts. On the one hand, public bodies need more freedom to act in order to decide on public matters and keep their competence to act as the public interest requires. However, when public interest warrants a derogation from contractual obligations, the private party must be compensated fairly. On the other hand, the administration cannot circumvent its public law obligations—such as respect for human rights—even if it acts in accordance with contractual provisions.

EU law also affects significantly how the traditional principles of public contracts can be applied in the member states. It is possible to maintain different approaches to public contracts in individual legal systems, but their special points of view can only apply within the boundaries set by EU law.