Dismantling While Preserving the Pastoral Commons in Olderkesi, Southern Kenya

The Maasai community of Olderkesi in southern Kenya is in transition from the traditional pastoral commons to individual land tenure. Kariuki Kirigia, a 2012 Sylff fellow and 2016 SRA awardee who conducted his doctoral fieldwork in Olderkesi, writes about what prompted this shift, what the process entailed, and the community’s efforts to avoid the shortcomings of such a change, as well as potential areas for concern.

When I arrived back home in Kenya in 2017 from Montreal, Canada, to conduct my doctoral fieldwork, I often found myself imagining what kind of place Olderkesi would be. Constituting the southern border between Kenya and Tanzania and neighboring the iconic Maasai Mara National Reserve and the Serengeti National Park, Olderkesi looked every bit the nucleus of biodiversity conservation that attracts safari tourists, nature scientists and enthusiasts, and conservationists from all corners of the globe. My efforts to get to Olderkesi virtually, however, fell short owing to the limited information available online about Olderkesi. In the current digital age where a click on a web page or a tap on a smartphone unveils superfluous information, Olderkesi seemingly ignored the clicks and the taps.

What Olderkesi had heeded to and espoused was the push to transition from pastoral commons to the private individual tenure. I set out to conduct an ethnographic study on the process of land subdivision in Olderkesi, which is one of the few remaining Maasai commons in Narok County and southern Kenya. In this piece I focus chiefly on the important ways that the Olderkesi community has sought to preserve the welfare of the commons despite efforts to transition to individual landholdings and on the imaginaries of life under individual tenure. 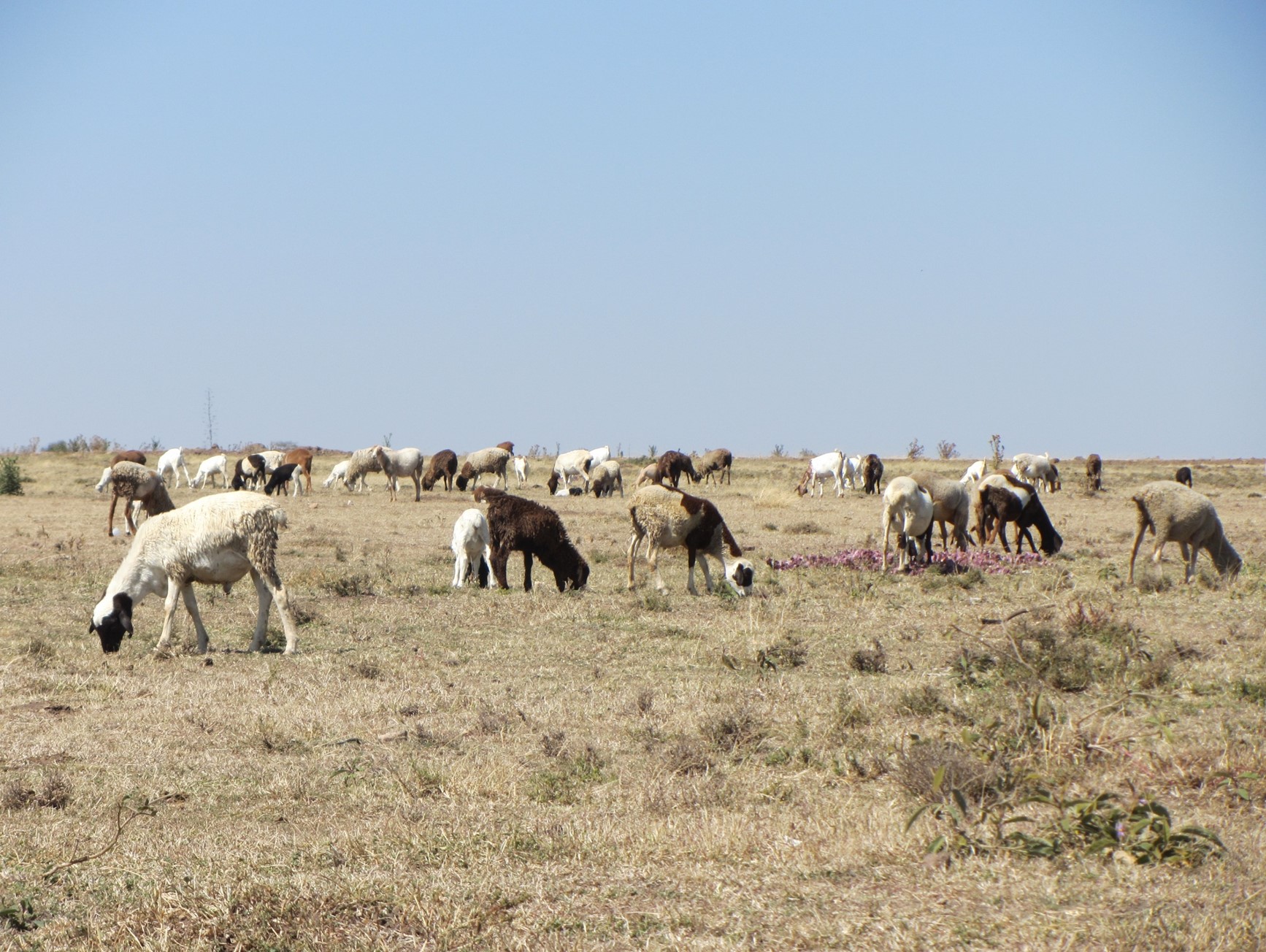 Sheep grazing on the Olderkesi commons. (Photo by the author)

Kenya’s Maasai rangelands have for long constituted the quintessential site for the coexistence of humans and wildlife. But increased fragmentation of the rangelands in the push to confer private individual tenure has left a mosaic of fenced parcels on its trail, curtailing the mobility of both wildlife and pastoralists in the process. As pastoralists are forced to pasture livestock within their individual plots, thus fencing out other pastoralists and wildlife, grave concerns have arisen regarding the likely future of wildlife, primarily because the majority of wildlife in Kenya is found outside the state-protected areas (Kenya Wildlife Conservancies Association 2020). Meanwhile, whither pastoralism? 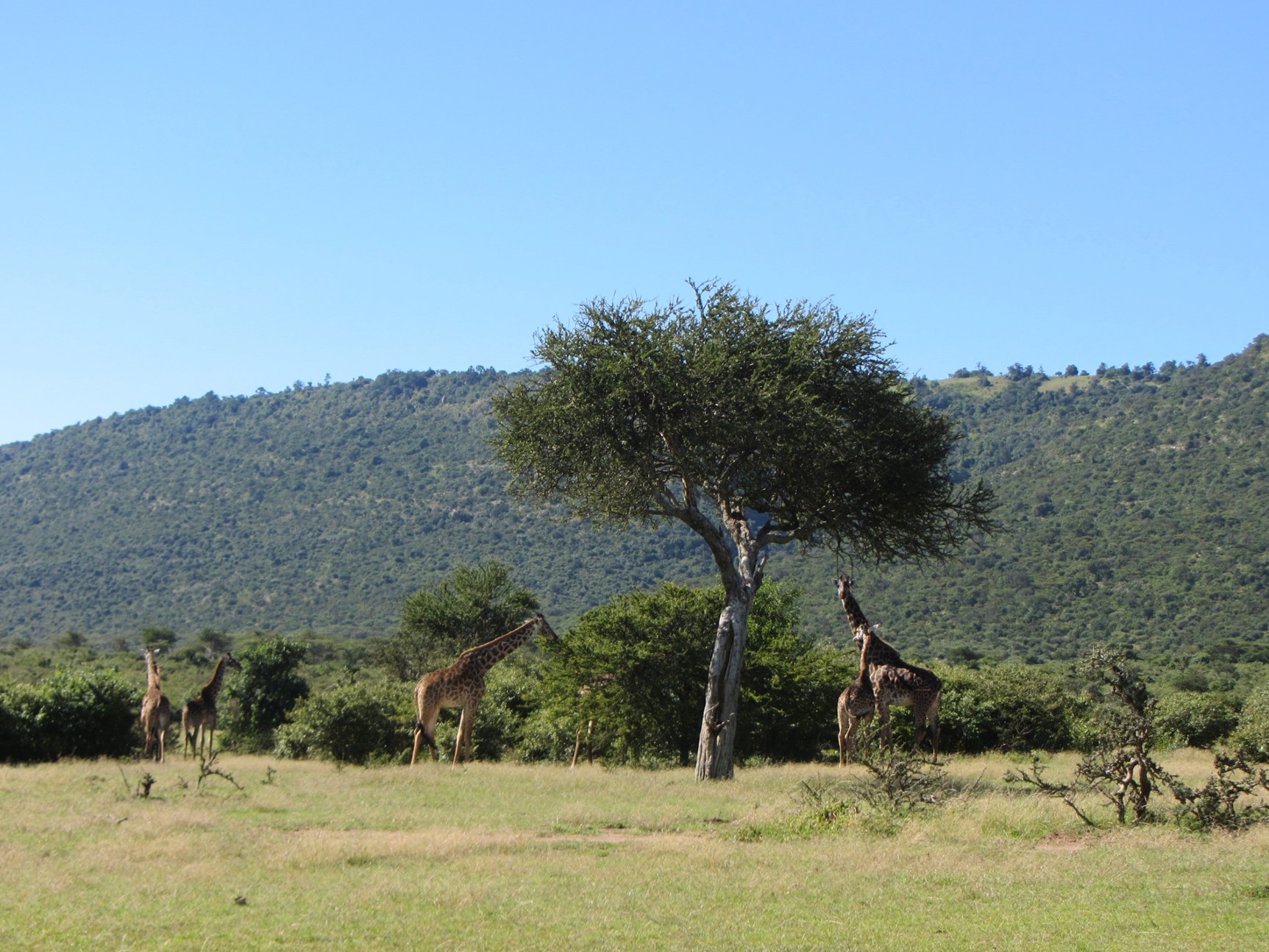 Wildlife in Olderkesi. (Photo by the author)

My interest in land governance stems from living and, later, conducting research in rural Kenya, a time when I learned and appreciated how invaluable land is to people’s lives in Kenya’s countryside. The primacy of land to rural lives only increased as I expanded my geographical focus across sub-Saharan Africa, including conducting research among smallholder farmers in the Ashanti region in Ghana and southern Ethiopia. For rural dwellers to reap maximum rewards from their land, De Soto (2000) strongly argues, it is imperative to ensure the security of tenure through rendering land a private commodity. As Manji (2006) asserts, the privatization of tenure in Kenya in particular, and sub-Saharan Africa in general, has been motivated by the quest to liberalize land markets in the region. With its external, market-driven genesis that fails to account for local pastoral conditions, the private individual tenure has often negatively impacted pastoral livelihoods including by loss of land through the market, reduced pastoral mobility, unfair land allocations, and local land accumulation through dispossession (Galaty 2013; Mwangi 2007; Riamit 2014). It is following such negative impacts that Leeson and Harris (2018) refer to the individualization of tenure in the pastoral rangelands of Kenya as a form of “wealth-destroying private property rights.” Given these ominous realities, why then have the people of Olderkesi chosen to dismantle the commons in favor of private individual tenure?

Propositions to subdivide the Olderkesi commons started in the late 1990s, but it was only in 2010 that formalized discussions began at the community level. Community meetings led by the community land adjudication committee[1] were held in different villages in Olderkesi. The meetings were primarily attended by men, and women were only invited to attend if they were widowed.

Having seen Maasai communities near and far subdivide land, the residents of Olderkesi felt it was just a matter of time before Olderkesi went through a similar process. Subdivision around Maasailand effectively restricted access to pasture by Olderkesi residents. At the same time, Olderkesi remained accessible to non-Olderkesi residents, thus becoming a wet-season grazing area for many pastoralists from outside Olderkesi, which limited pasture in Olderkesi during the dry season. Faced with this external demand for pasture, Olderkesi residents felt that the only way they could regulate external access to the Olderkesi land was through subdivision and individualization of tenure, where each individual could regulate access to their plots. This push toward private individual tenure echoes Tania Li’s (2014, 591) argument that “to turn it [land] to productive use requires regimes of exclusion that distinguish legitimate from illegitimate land users, and the inscribing of boundaries through devices such as fences, title deeds, laws, zones, regulations, landmarks and story-lines.” In this regard, the private individual tenure became a tool not only to render Olderkesi residents legitimate within Olderkesi, but also to render non-Olderkesi residents illegitimate as the landowner saw fit.

Following community-wide agreement to subdivide the Olderkesi land, the registration of the bona fide members of Olderkesi started. The bona fide members were to be males born by the closure date of the registration process (year 2015), and there would be a maximum of three male children per household. If the household head had passed away, the spouse (widow) would be registered as the household head. Olderkesi comprises 25 villages, and each village has a representative member in the land adjudication committee. Each of the 25 village leaders was tasked with verifying that the persons registered from a given village were indeed bona fide members of Olderkesi.

The government of Kenya had promised to facilitate land subdivision across the country, but upon requesting funds for land subdivision, Olderkesi leaders were informed that there were no finances for subdivision. The community land adjudication committee was then given the green light to proceed with land subdivision by employing a private surveyor. Land subdivision is an expensive undertaking, and every member registered to be allocated land was required to pay 23,500 KES (approximately 235 USD), termed as the surveyor fee. The next step was to search for a private surveyor to carry out land demarcation. The community land adjudication committee conducted interviews with three potential candidates before settling on a surveyor who had ample experience demarcating land in other areas in Maasailand.

The private individual tenure is largely a foreign concept in the Maasai rangelands, and the Olderkesi community has made efforts to indigenize the privatization process to account for local realities, culminating in a hybrid of land ownership and governance strategies that both uphold and challenge the idea of privatization in a pastoral context. The first phase of land subdivision entailed the identification of communal resources, which included water sources, schools, health centers, churches, a wildlife conservancy, and salt licks. By setting aside these resources, it ensures their access by Olderkesi residents even after relocation to individual plots. Olderkesi in this regard charts a different path from many other areas where land subdivision entailed individualization of communal resources, whether by design or illegitimately. Olderkesi therefore demonstrates an art of communal governance that has proved elusive in many other parts of Kenya’s Maasailand. This mode of governance generates optimism in that, on the one hand, it can be adopted by other groups transitioning from the commons to private individual tenure in the future and, on the other hand, it can form a firm basis for challenging earlier subdivision processes where individuals illicitly appropriated communal resources.

While the Olderkesi community has made efforts to avoid various shortcomings that come with the transition from the pastoral commons to private individual tenure, potential challenges remain. One such challenge stems from the land adjudication committee members having been vested with complete adjudicative powers over land allocation. This means that individuals having weaker social networks in the community could be allocated plots of land with less potential to support livestock and farming. This was the experience of Mr. Tulei, who now resides in Olderkesi but hails from another Maasai community. As Mr. Tulei narrated, “They gave me a piece of land that is on a hill full of rocks. You cannot graze or do anything with that piece of land. It is as if I am landless because I cannot use the land for any meaningful purpose.”

Asked why he thought he had been allocated such a low-quality piece of land, he responded, “Maybe it is because I have been spending most of my time in Olderkesi and not in that community. Also, you need to know people for you to get a good plot.”

The subdivision of the Olderkesi commons demonstrates the complexity of land privatization processes in the Maasai rangelands of Kenya. As one of the last areas to subdivide land, Olderkesi positions itself as having learned from the mainly “wealth-destroying” transition from the pastoral commons to the private individual tenure. While these lessons have been upheld and institutions put in place to correct for potential land injustices, there remain critical areas for concern. For instance, the expectations that life under the private individual tenure will secure the future of the Olderkesi community fails to account for the reduction in the mobility that has been instrumental in supporting life in the Maasai rangelands. At the same time, subdivision elsewhere resulted in reduced pasture access by the Olderkesi residents, underscoring the need for individualized control over pasture access. As these land privatization dynamics become indigenized in Olderkesi, they are at the same time couched within global dynamics of capital flows that have largely liberalized land markets in sub-Saharan Africa.

De Soto, H. 2000. The Mystery of Capital: Why Capitalism Triumphs in the West and Fails Everywhere Else. New York: Basic Books.

Academic achievements, social engagement initiatives: I completed my PhD in Anthropology at McGill University in October 2021. In November 2021, I embarked on my postdoctoral studies at Concordia University after receiving an FRQSC fellowship. At McGill University, I am member and co-founder of the Racial Justice Working Group within the Department of Anthropology.