As visiting Japan Foundation scholar in 2011, Madhuchanda Ghosh, a Sylff fellow from academic year 2004-05 to 2006-07 at Jadavpur, had the privilege of conducting a one-on-one research interview with then Prime Minister Shinzo Abe on his vision for the evolving Japan-India relationship. This article, reprinted from Sunday Guardian Live, is her tribute to the late prime minister, who left a lasting and formidable legacy in rejuvenating Japan-India relations. 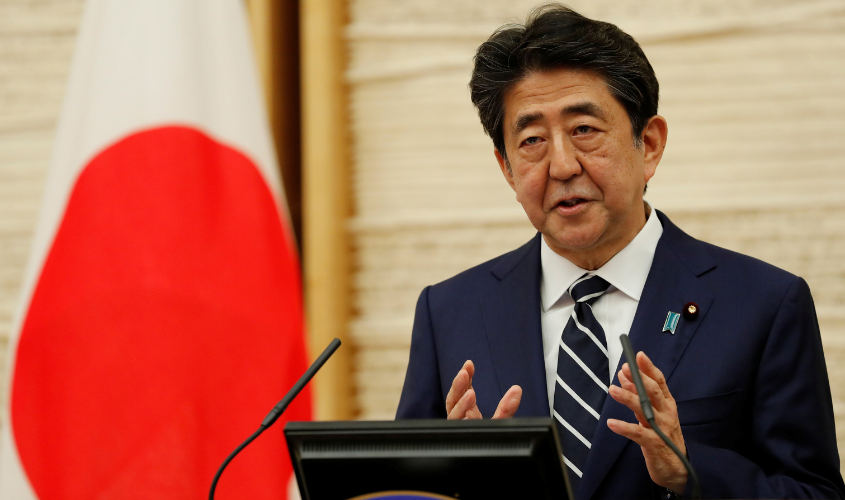 Abe’s push for a much closer security relationship between the two countries has continued robustly in the post Abe period as well.

The assassination of Japan’s longest serving Prime Minister Shinzo Abe has stunned the world. Abe leaves behind a formidable legacy in Asia of a visionary leader inspiring the formation of the expansive geostrategic construct, the Indo-Pacific. He authored the free and open Indo-Pacific concept through his articulation of the “Confluence of the Two Seas” in his historic address to the Indian Parliament in 2007 which has been embraced by the US, Australia, India, New Zealand and several other democracies. Abe’s further expanding the concept, during his second term as Prime Minister, by talking about a “Free and Open Indo-Pacific” which calls for connecting the “two oceans”—the Indian and the Pacific and the “two continents”—Asia and Africa, was another visionary initiative of Abe to link Africa and Asia together as a single economic and strategic entity.

Winning six electoral contests, Abe gave Japan the political stability which the nation was desperately seeking. As the architect of Japan’s foreign policy vision, the FOIP, Abe played a critical role in expanding Japan’s strategic profile at the regional and global levels. Amidst the changing regional geopolitical scenario, his concerns over China’s growing military assertiveness factored in his intent and endeavour to “normalise” the Japanese approach to country’s national security. He also attempted to revitalise the stagnant Japanese economy through his signature strategy of “Abenomics” and sought to transform Japan into a more internationally engaged power. One of the most important highlights of Abe’s legacy was, perhaps, his enduring passion to consolidate Japan’s ties with India which brought about a massive transformation of Indo-Japanese relations during his premiership.

Abe was, perhaps, the most Indophile Japanese leader who recognised the importance of India even before he became Prime Minister in his book, “Towards a beautiful country: A confident and proud Japan” (Utsukushii kuni e: jishin to hokori no moteru Nihon e). During his maiden visit to India as the Japanese Prime Minister, Abe was given the rare honour to address both Houses of Indian Parliament when he pointed out that “a strong India is in the best interest of Japan, and a strong Japan is in the best interest of India.”

Japan’s robust strategic partnership with India has been largely shaped by Abe’s concerted efforts towards forging close ties with the Indian leadership. Abe’s bonhomie with Prime Minister Narendra Modi culminated in some unprecedented developments in the bilateral relationship. The nuclear issue, which was a longstanding irritant in the bilateral relations, was resolved with the conclusion of the landmark civilian nuclear agreement between the two countries in 2017. Abe led large business delegations to India and committed huge investments focusing on India’s infrastructural needs. Tokyo’s massive infrastructure investment in India, Japan’s permanent membership in the Indo‐US Malabar exercises, the nuclear deal, institutionalisation of a robust defence dialogue inter alia transformed the low-intensity Indo-Japanese relationship into one of the fastest growing bilateral relations, acquiring new strategic and economic dimensions. While Japan played a critical role in building India’s industrial corridors, railway and freight corridors and urban metro, the Abe administration also increased its focus on connectivity initiatives in India’s northeastern states. India’s Northeast has emerged as a pivot area of New Delhi’s Act East Policy as the Indian government considers the Northeast as the gateway to its greater engagement with the Indo-Pacific region. Infrastructural upgradation of the Northeast is, therefore, vital for New Delhi as it will build a connectivity continuum that will help strengthen India’s linkages with the Indo-Pacific region, especially the ASEAN countries including the South China Sea. New Delhi’s welcoming Japanese investments in boosting connectivity in the ANI and the northeast is quite symbolic. It indicates that New Delhi perceives Tokyo as a key strategic partner whom India is prepared to trust when it comes to its strategically sensitive border regions where New Delhi has not allowed other countries to invest.

The Abe government’s important strategic conceptualisations like the “Confluence of the Two Seas,” the “Quadrilateral Initiative,” the “Arc of Freedom and Prosperity,” Asia’s “Democratic Security Diamond” and the latest FOIP, all referred to India as a key partner of Japan in the region. Abe’s push for a much closer security relationship between the two countries has continued robustly in the post Abe period as well. Japan’s holding regular maritime exercises with India for promoting regional security in the Indo-Pacific, bilateral mechanisms as the Annual Defence Ministerial Dialogue, annual summit meetings, 2+2 Dialogue, the Acquisition and Cross-Servicing Agreement (ACSA), all have deepened the strategic depth and scope of the bilateral security and defence cooperation.

Abe also attached much importance to the US factor in India-Japan relations. In course of a research interview with the author, Abe noted that Washington’s efforts to rejuvenate US-India strategic partnership and put US relations with India on a more solid foundation helped bring about a change in Japan’s perception of India as well. Abe viewed that this trilateral framework would be a powerful factor in consolidating the Quadrilateral Initiative. Abe also pointed out that people-to-people contact needs to grow between Japan and India in the manner they have grown between the US and Japan and between India and the US.

At a personal level, during the research interview with the author, Abe reminisced his grandfather Nobusuke Kishi’s close ties with India, stating that it shaped his perception towards India during the formative years of his life. India conferred Abe with its second-highest civilian honour, the Padma Vibhushan, for exceptional and distinguished service in public affairs. Few relationships among the major powers have undergone such a remarkable turnaround as that between Japan and India and Japan’s longest serving leader Abe had been instrumental in harnessing the potential of these two natural allies. Abe’s rich legacy and his vision for an enduring India-Japan strategic and global partnership will have a lasting impact in shaping the future course of India-Japan relations.

I have been a recipient of Fulbright Academic and Professional Excellence Fellowship (2021-22) and hosted at Asia Center Harvard University during the Fulbright Program.