As a 2016 Sylff fellow and 2019 SRA awardee, Abhijit Sadhukhan has studied how religious philosophy and attitudes toward the caste system interact, focusing on a Hindu sect called Chaitanya Vaisnavism. As his thoughts on the subject evolved over time, for his doctoral studies he set out to challenge the conception of the caste system as a static structure and proposes a ‘grammar of change’in the mobility pattern. His findings, based in part on archival documents in the British Library, contextualizes social mobility in precolonial India.

While studying as a Sylff fellow at Jadavpur University in the MPhil program back in 2016–17, I was particularly focused on exploring the interaction between religious philosophy and attitude toward the caste system in a particular religious sect. To be specific, I was working on Chaitanya Vaisnavism, a devotional religious sect propounded by Chaitanyadeva in sixteenth-century India. This school, highly popular in Bengal as well as in other parts of the country, has a distinct orientation toward the caste system. Caste is a kind of social stratification unique to India and is a hierarchical model based on the principle of hereditary occupation, restrictions in marital relations and commensality, and rank-based privileges and discriminations. It is often seen as a “closed system of stratification” that offers very little opportunity for change in and of society. The caste system has its own historical, sociological, economic, anthropological, philosophical, and religious underpinnings. I explored how religious philosophy shaped the attitude toward the caste system of a group of followers in the Chaitanya Vaisnava school in medieval Bengal. At the time, I mainly worked on normative texts (such as scriptures), philosophical texts, and literature to find out the importance of religious philosophy in shaping attitudes toward the caste system in the theoretical and partly practical spheres. But my attitude to this topic gradually changed, and after being enrolled in the PhD program, I began focusing more on the practical sphere of the caste system and tried to locate the idea of change in this “static” structure.

In my doctoral thesis, therefore, I have handled a wide range of sources (literature, scriptures, inscriptions, travel accounts, administrative records, census reports, and so forth) and interacted more and more with sociological and anthropological research and works on economic history along with my disciplinary training in literature. I have chosen to work on the process of upward mobility of three hitherto marginalized groups (Subarnabanik, Bagdi and Sadgop)in the caste hierarchy in medieval Bengal and the role of Chaitanya Vaisnavism in this process. Essentially, the idea was to propose a “grammar of change” in this hierarchical model through the investigation of three cases and confront the age-old idea of a “static” precolonial India. The research also intended to analyze the varying importance of ritual status in the process of upward mobility from precolonial to modern times. My work has focused on the interaction between the religious ideology of Chaitanya Vaisnava schools, the economic condition of a particular subregion in Bengal, the aspirations of upwardly mobile groups, and dominant Brahmanical ideology seeking sustainability in the existing hierarchical system.

As I had a plan to propose a “grammar of change” in the process of mobility, I set three different markers: cause of change, register of change, and intensity of change. These markers demand a diachronic study of the entire process; this is especially applicable for the latter two markers. Here I diverge from the research of the sociologists and the anthropologists. The sociologists and the anthropologists, because of their disciplinary training and limitations, tend to focus on the “product.” They do not always have the opportunity to probe into a diachronic study, as they are mainly concerned with the contemporary field view. I therefore took the opportunity to reveal the shifting connotations of the register of change as well as the change in intensity across time. For example, the Subarnabaniks, an upwardly mobile group, achieved legitimate rights in rituals and social customs through their economic supremacy and started to gain higher ritual status in one of the eminent Chaitanya Vaisnava schools in sixteenth-century Bengal. But no claim was made in the community then to wear the “sacred thread” to prove their mobility, while the same group was eager to wear the “sacred thread” in the late nineteenth and early twentieth centuries as a marker of their higher ritual status. This is evident from their activities and writings to the census administrators and is an example of how register of change can take a new turn over time.

I have always had a dialogue with the “process” and the “product” in my research and tried to assimilate both historical and sociological-anthropological insights in my writing. This also means handling a wide range of primary sources across time. In particular, I was able to access unpublished documents available in the India Office Records of the British Library with the support of a Sylff Research Abroad (SRA) award. These documents were very helpful in getting a clear idea of the ongoing process of mobility and common perceptions regarding the attempts of upward mobility of a few aspirant groups, which allowed me to substantiate my arguments even more boldly. 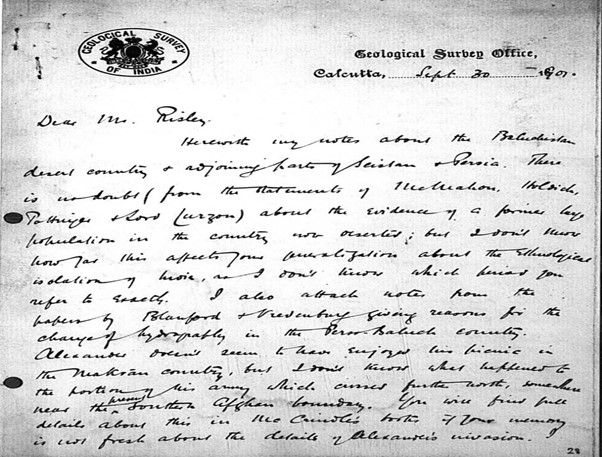 My research has yielded a number of observations. Firstly, upward or downward mobility of any group was not a pan-Indian phenomenon. Mobility is in most cases very limited spatially and temporally. Hence local economic factors, dominant religious ideology, and local caste hierarchy must be studied very carefully. This is why each and every case study is unique and important for the discourse. These case studies, in my research, also signify that the marginalized groups were trying to seek upward mobility within the caste structure. They were not interested in conversion in any other religion and achieving a better status. These studies suggest that these groups preferred upward mobility within the structure because of some context-specific economic and political benefit and didn’t consider conversion much as an alternative.

Secondly, I have also discovered through this work that economic supremacy was not the only factor in establishing higher status in precolonial Brahmanical society. Ritual status was probably even more important, and almost all of the upwardly mobile groups tried to forge “ritual status” with the help of economic and political power. This suggests that one cannot just straitjacket precolonial India into a Marxist mode of interpretation.

Thirdly, a religious school can accommodate and legitimize the mobility of a certain group within its own domain. This is an indication of the autonomy of the religion. However, no two schools will have the same positive inclination to this process of mobility. The inclination varies depending on the material situation as well as the religious philosophy of a particular school. Some Bhakti schools may seem reluctant to accelerate the mobility. They may have a reluctance to mere adjustment within the hierarchy, likely striving toward annihilation of the caste structure at least in their philosophical realm. Some other schools are not so nonconformist in nature and allow the mobility of a few groups if necessary to sustain the structure. This point bridges my earlier research with this one.

Lastly, mobility is also a way to sustain a structure. Instead of annihilation, this process actually gives the system a new lease on life every time. However, mobility is not necessarily progressive; it has its own trajectory associated with discrimination and exploitation. The process of climbing up the ladder probably cannot avoid that either.

This research, on one hand, examines the factors of sustainability of the caste system and its relative flexibility, and on the other, provides a framework to conceptualize mobility in general.