The Experiences of Indian Couples during the COVID-19 Pandemic

Priyanshi Chauhan is a 2021 Sylff fellow conducting doctoral research at the Centre for South Asian Studies, Jawaharlal Nehru University. In this article, which is based on a study first published in Gender Issues, Chauhan discusses how gender inequalities have become more prevalent in India under the COVID-19 pandemic. Read on to learn about the ways in which the adoption of work-from-home arrangements has affected men and women differently among dual-earner families in Indian cities.

The COVID-19 pandemic has exacerbated the already existing gender inequalities, with substantial implications on how women navigate the work-from-home settings. One of the ways in which the pandemic has affected women differently than men is through the increased burden of unpaid work. Prior to the pandemic, women in India were already spending more time on unpaid work (351.9 minutes a day) as compared to men (51.8 min/day) (NSO 2019). In addition, women spent an average of 367 min/day on paid activities compared to 486 min/day by men (NSO 2019). Thus, not only do women already bear a disproportionate burden of unpaid work, but employed women work for much longer hours than men.

Adding to it, the pandemic has created new types of unpaid work including homeschooling, caring for more people who now stay indoors, and sanitization and hygiene needs, which have added to women’s work. Simultaneously, the pandemic has led to the collapse of spatial separation between the workplace and household due to the adoption of work from home. This is significant because the distinction between paid work and unpaid care work emanates from the site of their performance. As both paid and unpaid work are performed within the household during the pandemic, this is likely to have implications on how men and women navigate work from home. Accordingly, I conducted semistructured interviews with 30 dual-earning married couples in India in the months of April and May 2021 to understand how gender intersects with the experiences of work from home in the household (Chauhan 2022). All participants in the study are from tier-1 metropolitan cities in India: 12 from Delhi, 6 from Bangalore, 5 from Mumbai, 3 from Chennai, and 4 from Hyderabad. All are post-graduates and are working professionals in the corporate sector. Interviews were conducted virtually because of the pandemic-related restrictions. All participants were interviewed separately from their partners. The findings are discussed below.

Both men and women reported that their time spent on unpaid work increased during the pandemic. However, it would be amateur to conclude that gender inequalities in unpaid work have vanished. It has been found that for men, unpaid work is in addition to activities like relaxation, leisure, and pursuing hobbies, as compared to women, for whom household chores and care work have replaced these activities.

The type of unpaid work that men and women perform can also be categorized as masculine type and feminine type. Men are found to be doing such unpaid work as grocery shopping and laundry, which need to be performed with less frequency and can be done based on their availability and convenience. On the other hand, women are responsible for such work as cooking and related work and cleaning the dishes, which have to be performed multiple times during the day and are time bound. In childcare as well, a distinction is evident where women are responsible for work that is essential to the everyday needs of the children, such as feeding and bathing, as compared to men, who are mostly their children’s playmates or watch over them when their mother is not available. Thus, women play a primary role as household managers and primary caregivers, while men contribute only in supportive roles. 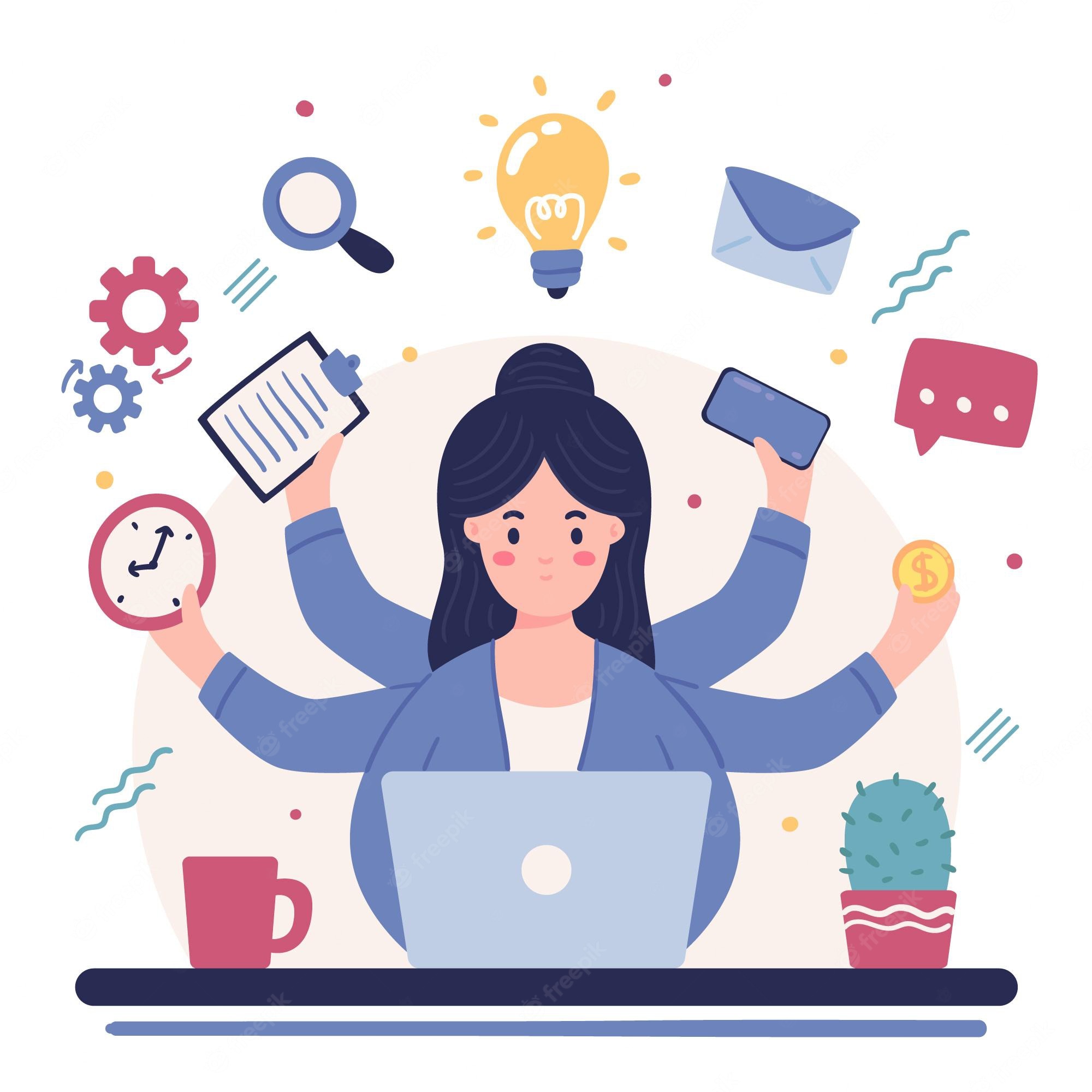 Men also have greater control over the use of household resources, such as a work desk or private workspace. Men’s productive work is prioritized over their responsibilities for unpaid work as well as women’s responsibilities for both unpaid and paid work. Since there is a higher value placed on men’s productive work, the household facilitates their professional commitments in the work-from-home arrangements. Men’s workspace requirements along with their need to maintain privacy and artificial segregation between work and life are prioritized over women’s requirements.

Unpaid work is also an important factor in determining women’s schedule of paid work. This leads to the integration of work and nonwork domains not only in terms of physical boundaries but also at the level of behavioral and cognitive boundaries. For men, unpaid work does not determine their scheduling of paid work. Rather, it is the other way around, where their professional commitments determine their availability and participation in unpaid household chores and care work.

There is a preference for the hybrid work model among both men and women. However, there are gender differences in the factors that determine the preferences about returning to work. For women, continuation of work from home is contingent on the availability of domestic workers and other family members working from the office. Factors that are common to both men and women include spending more time with children, work-life balance, and social isolation, among others. Some women also expressed their preference to shift toward part-time jobs or quit the labor force permanently to better manage their household responsibilities. This is because of the increasing challenge of work-life balance that women faced during the lockdown and the lack of support by family members for women pursuing their career ambitions.

Critiquing the Assumption of Gender Neutrality in Work from Home

The experiences thus indicate that the assumption of gender neutrality in the mainstream work-from-home models is misleading. The mainstream models of work from home are popular for providing flexibility and greater control over work. However, when gender is integrated into work-from-home models, it constrains the autonomy of women in deciding when and where to work. The perceived control and autonomy of women in making choices regarding working from home is in itself a product of gender norms and gender roles. Unpaid work is also at the core of boundary management between the work and nonwork domains.

Men have managed to demarcate the two domains to a greater extent, especially for behavioral and cognitive boundaries due to their gender privilege. The relatively high value that is placed on men’s productive work has offered them options to create artificial segmentation in the work-from-home arrangements regarding physical boundaries as well. By contrast, women have experienced a complete merging of the two domains.

It is therefore necessary to mainstream gender considerations and unpaid work in the work-from-home frameworks. In the process, it needs to be underscored that women’s needs in the work-from-home arrangements are not addressed in isolation from the gender dynamics that unfold within the household. Gender equality is not only a woman’s issue but a power relation between the genders. As such, men must be equally engaged in conversations on gender equality both at the workplace and at home.

Priyanshi Chauhan is a Doctoral Candidate at the Centre for South Asian Studies (CSAS), Jawaharlal Nehru University (JNU), New Delhi. She has completed M.Phil. In "Power Trade in South Asia: Role of Domestic Market Reforms" from CSAS, JNU. She also holds an MA degree in International Relations and is an Economics Graduate from the University of Delhi. Her research interest are Gender in Development, Energy Security and Regional Cooperation in South Asia. Presently, she is working towards her Ph.D. thesis and exporing the issue of gender-energy nexus in South Asia for the same.