Japan Is as Strong as Ever

The author visited Japan a little more than a month following the Great East Japan Earthquake to participate in a Building a Better Asia retreat to discuss key issues confronting society and deepen friendships. Here, he offers words of encouragement and support for the country, drawing on his experience in the reconstruction efforts after the Indian Ocean tsunami.

No single human being on earth ever expects a disaster. Yet, great men are those who prepare for the worst and come out better after the inevitable strikes. And no people have a stronger passion for life and resilience than the Japanese.

On March 11, I received a call from my wife that a tsunami had struck Japan. Working at a TV station in Jakarta, the capital of Indonesia, my wife got the information more quickly. On the way home from downtown, I noticed that every TV channel was broadcasting the situation, reminding me on the earthquake and tsunami in Aceh. 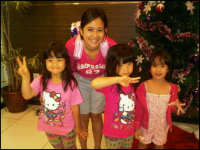 On that day, I had already planned to get my visa to visit Japan. I was scheduled to visit the city of Nara to participate in the Building a Better Asia (BABA) retreat. Colleagues and relatives questioned my decision. “Do you really want to visit Japan?” They were worried about the aftermath, and more about the nuclear reactor accident.

The moment the tsunami hit, I remembered my friends in Japan, many of whom I met though Sylff and BABA. My wife and I also tried to find news about relatives who live and work in Tokyo, including those who had just paid us a visit several weeks before.
In the midst of uncertainty I reassured myself that the tsunami early warning system would give people time to evacuate. In addition, urban planning and management would, no doubt, give citizens an opportunity to flee from trouble.

Abandoning all hesitation and worry, I immediately applied for a visa at the Japanese Embassy. Japan and I are so close; it’s the closest connection I have with any foreign country.

When a tsunami hit Aceh in 2004, Japanese aid was among the first to arrive. In an emergency situation, seconds can make the difference between life and death. Moved to help survivors, I decided to participate in post-tsunami reconstruction projects. One was channeling aid from a Japanese fishing community to restore people’s livelihoods in coastal areas. Few years back, I had obtained a postgraduate degree in anthropology at the University of Indonesia thanks to the fellowship I received from Sylff.

There was no reason for me to shy away from the call to visit Japan.

Compared to my days in Aceh, the region has become much more developed now. It has historically been an area of military conflict, from Dutch colonization and the spice trade to the natural resource conflicts of modern Indonesia.

The tsunami unexpectedly created an impetus for peace in Aceh. It destroyed the military installations of both the government army (TNI) and the Free Aceh Movement (GAM) separatist militia. Amid the destruction, both parties could see for the first time that there was no future for Aceh without peace. Conflict had to be settled to rebuild Aceh and make it better. On August 16, 2005, through the mediation of Martti Ahtisaari, the Nobel Laureate and former president of Finland, the Indonesian government and GAM signed the Helsinki MOU ending the 29-year insurgency in this resource-rich province.

Peace made the reconstruction and rehabilitation process much faster. Amidst conflict, there was no certainty for anyone. Now, construction plans could be put into place, and people would know when their home would be finished. There was also much less danger in delivering aid—money, food, and building materials—to tsunami-affected areas, particularly remote ones. 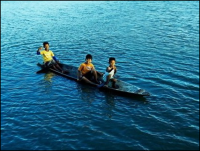 Even then, reconstruction and rehabilitation was very difficult. Due to the legacy of conflict, it was not easy for the Aceh people to work together. Differences in political views between those who had supported and were against independence raised suspicions, resulting in a clumsy start for everybody. To make them work together, donors injected a large amount of money. The cash for work, ironically, acted to preserve cultural egoism and materialistic values. It further led to the demise of social capital of local communities. Had not the government, donors, community leaders, and social workers begun to realize what was happening, people would still be suffering from aid dependency. I strongly believe, though, such dependency would not happen in Japan.

I may not have the opportunity to directly assist the rehabilitation and rebuilding of Miyagi and surrounding areas today. But after visiting Japan, I can confirm what many have already said about how big this country is and how strong the people are in the face of disaster.

What makes Japan unique is its ability to rise from calamity. Only hours after the earthquake and tsunami, people started looking for survivors, cleaning and repairing their houses and neighborhoods. They sang “Ue o muite arukō" (Let’s walk with our faces turned up), known as the "Sukiyaki" song in the English-speaking world, to lift their spirits and seek a better future. 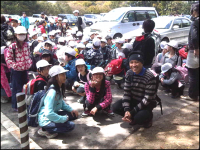 The capacity to work together for reconstruction will be crucial for survivors to remain strong. Without it, people will come to rely on external support. Indeed, the reconstruction effort has brought new hope, instead of long mourning.

Damage and gloom have been limited to areas affected by the tsunami. However, the information received by people outside Japan has given the impression that the situation is much worse. It’s not as bad and dangerous as many people may think.

Away from the tsunami-affected areas, Japan is still as strong as ever. Big cities remain crowded, yet neat and clean. The countryside is as green and fresh as ever. People still lead their daily lives very normally, full of self-discipline. Each community and group celebrates its cultural heritage proudly, yet respectfully. Even amid the ruins of the tsunami areas, buildings are still sturdy and neat.

Japan is alive and near. So there is no reason for anyone to cancel a visit to Japan. Let us help by flooding the country with visits to cities and cultural centers throughout the country. Let us support them by spreading joy and hope!

Past Program: BABA
Muhammad Ilham Baharuddin Saenong is presently working as communication specialist as well as program secretary at Transparency International-Indonesia, Aceh Office. He was awarded the Sasakawa Young Leaders Fellowship Fund (Sylff) of the Tokyo Foundation, Japan, from 2001 to 2003 to complete his Master’s degree in Anthropology at the University of Indonesia, Jakarta. His interest lies on humanitarian work and social activism. Since 2006 he has been working to support and monitor post-tsunami reconstruction projects in Aceh, Indonesia.