About Warmth — Charity Activities Organized by SYLFF Fellows in Vienna

(The following is an excerpt from the SYLFF Newsletter No.18, May 2007) 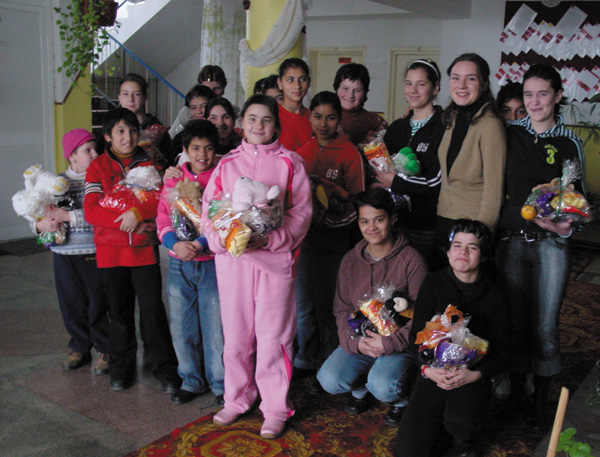 There is much we can learn—such as to walk, speak, read, do business, or play an instrument. There also is much we receive—such as life itself, challenges, and opportunities. And there is much more that we are able to give, almost infinitely, that we can find just near us—tangible, obvious, waiting.

I consider myself a lucky person. If I had to write down all the reasons for saying that, much time—too much time—would be necessary. Therefore in this article I will concentrate on one reason. It has to do with the Tokyo Foundation and some SYLFF fellows at the University of Music and Performing Arts Vienna, where I’m studying piano in a master’s program.

To receive a SYLFF Fellowship has been a great honor and great financial help for each one of us; but that is not all. Fellowship-related resources, such as the SYLFF Network Program, give rise to creative opportunities too; that is how our SYLFF Network for Music and Arts Vienna (SYNEMAV) came into being. That is how a handful of SYLFF fellows—my co-organizers Monika Guca and David Szalkay, and myself as the principal organizer—had the modest idea of creating something different. How could we combine an expression of our musical art, networking, and initiative to make the world around us a little bit better? The answer was . . . a charity concert.

There are many people in need, we thought, and so we decided to hold a concert for orphan children (I am, by the way, the mother of two children). I began to look for a children’s shelter in my native country, Romania.

I found the Floare de Colt—translated as Noble Flower—Children’s House in Fagaras, a small town in the Transylvanian mountains, about 20 km from the village where I spent my childhood and first touched a piano. The house director, Ms. Cerasela Dogaru, helped me with information and everything else I needed.

We announced our concert for June 24th, 2006. Because I was the vice-chairperson of the OH at our university—and with kind help from our rector—it was possible to arrange for us to use the big Haydn Hall, with a lovely Steinway piano inside, for our concert.

The performers were six SYLFF fellows and one teacher accompanist. Haiyue Yu, a composer, presented her own piano suite; Monika Guca, flutist (and co-organizer), played Toru Takemitsu; Chi Bun Jimmy Chiang, pianist and conductor, played Mozart and Debussy; Tanja Watzinger sang Alban Berg, with piano accompaniment by Eva Mark-Muhlner; David Szalkay, trumpeter (and co-organizer), played Toru Takemitsu and Perz; Adriana Paler-Nicolescu, pianist (and principal organizer), played Liszt. All of us also said a little about ourselves and our pieces before each artistic moment, so that the audience—other SYLFF members, teachers, friend, and music lovers—could be closer to us and better understand the music, some of it very modern. It was a good concert, which means that we felt at home and connected with the audience, which was very warm. We were like a big family in the inspiring atmosphere of the university.

This feeling continued naturally at the buffet afterwards, where we enjoyed delicious food and good conversation, Romanian wine, and Austrian frizzante (semi-sparkling wine). People from many nations joined in a wonderful drop of time.

As a result of the concert we were able to collect a modest sum of money for the children’s shelter; the members of SYNEMAV also made donations themselves. Our imaginations began to work out how best to use the funds to buy presents for 50 children.

We also started a campaign of collecting clothes and toys for the children during the summer; the response was incredible. In November we were ready to start our journey to Romania. My husband Dragos Nicolescu and I needed a Fiat minibus to hold everything that we would be bringing— sweets, oranges, and 15 sacks of clothes and toys—to the orphans. We had to travel almost 12 hours, from Vienna, through Hungary and Transylvania, to get to the shelter. 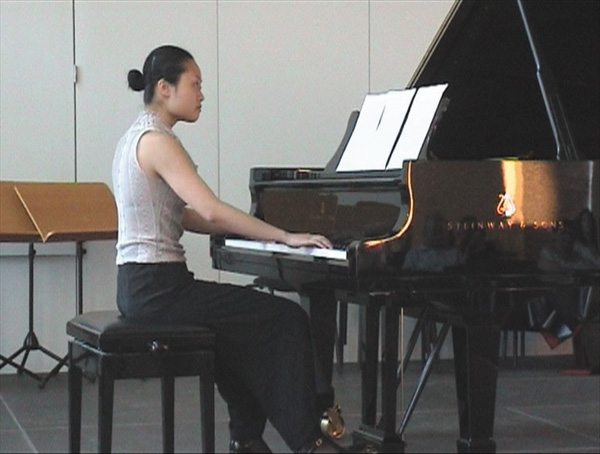 We made our first stop in Lisa, the village of my grandparents. My aunt bought and contributed 50 new, warm hats and an equal number of pairs of gloves for the children, along with delicious Romanian maize chips, and gingerbread. With the help of my 80 year-old grandmother, we packed the presents and prepared ourselves for the next, big day: the visit to the children’s house.

November 24th, 2006, was a normal day for many people, but for me it was a special day, as well as a joyful celebration for the 50 children. They were waiting for us; they welcomed us into their adoptive house and showed us their classrooms and dormitories; they got two hours off from classes to enjoy the presents. They greeted Director Cerasela Dogaru like a mother and us like family. They wanted to help carry the sacks, and they embraced us the entire time.

I had such a mix of feelings, and I had a lump in my throat that just wouldn’t go away. It was amazing to find so much love and warmth in a place that is filled with so many sad stories about children with deceased, ailing, alcoholic, abusive or neglectful parents. There were children who did not know what it was like to have their natural parents next to them; some of them came from families so poor, with such big problems, that they had to be taken care of somewhere else. Some were undergoing physical or psychological therapy. But all of them were nicely dressed, clean, and smiling. They were aged between 7 and 16. And they embraced us like they were seeing Santa Claus bringing Christmas presents.

Each one got a present and a kiss; the kiss was as wanted and as precious as the doll or toy (maybe their first personal one) that each received. To see that somebody, a total stranger, cared about them meant everything to them. That meant they were important, that they were worthy of love just as much as anyone, for no reason. They were children, like so many others, no more and no less.

I will never forget that day. Apart from the photos, newspaper article, and television reportage, there was something that touched my heart and bothered me: these children were so lonely even though it would be so easy for someone to bring a little happiness to them. It requires very little money—only showing a little interest. And it makes one little soul happy. Those orphan children didn’t need things, but human warmth. And they gave it back enormously, in a genuine and moving manner.

We are honored to thank the Tokyo Foundation and SYLFF for helping us to start such activities. And we are happy to announce our next, larger charity concert for the children of Noble Flower Children’s House in Fagaras, Romania, which will take place in the Bosendorfer Hall in Vienna in November 2007.

There is so much to do, more than just to bring little presents. The children need a kitchen and dining room in their own building; they are temporarily eating in a big dining hall that is shared with older people from other facilities in the same complex. Most important, they need someone who has a vision and can create plans for the time when they will be old enough to no longer have the right to live in a children’s shelter. They have the right to have opportunities to obtain jobs, to start their own families, and to pursue happiness, and they will need to know how to fruitfully realize those goals.

Romania has done well in the last 18 years, since the revolution that ended the half-century of Communism and fear. For my native country the year 2007 meant the big step of joining the European Union. But although there is still so much to do, I am sure that help will be found. We just have to be open and to search for it actively, to do our personal best, to follow our important path.

After all, it’s a matter of warmth—giving and manifesting eternal values like careful attention, love, and warmth. Is there anything more important?

Born in Romania (Transylvania) in 1979, Ms. Adriana began taking private piano lessons in Lisa, the village of her grandparents. In 1999, she entered the University of Music and Performing Arts Vienna, in the concert class of Noel Flores. She was exempted from the First Diploma Exam in January 2005, and is now enrolled in the master’s degree course. Adriana won 28 piano prizes during the years of 1986–2005, at competitions in Romania, Austria, Italy, and Switzerland; among the prizes are 12 first prizes, 8 special prizes, and 2 grand prizes. She has appeared in recitals and concerts in Romania, Austria, Hungary, Germany, Italy, France, England, Switzerland, and Cuba. She also has been awarded various scholarships related to her studies; these include the Swiss Foundation Dr. Robert und Lina Thyll-Durr Scholarship (2002–2004 academic years), Austrian Education Ministry Scholarship, and the SYLFF Fellowship (2005–2006 academic year). She has been an Austrian citizen since May 2005. Her activities and functions in 2005 and 2006 at her university include positions in the Austrian Student Association (OH), Officer for women and their equal rights, and vice-chairperson and representative to the University Senate. Since 2006 she has been the principal organizer (and was a founder) of the SYLFF Network for Music and Arts Vienna, under the support of the Tokyo Foundation.