A Friendly Midsummer Get-Together in Tokyo 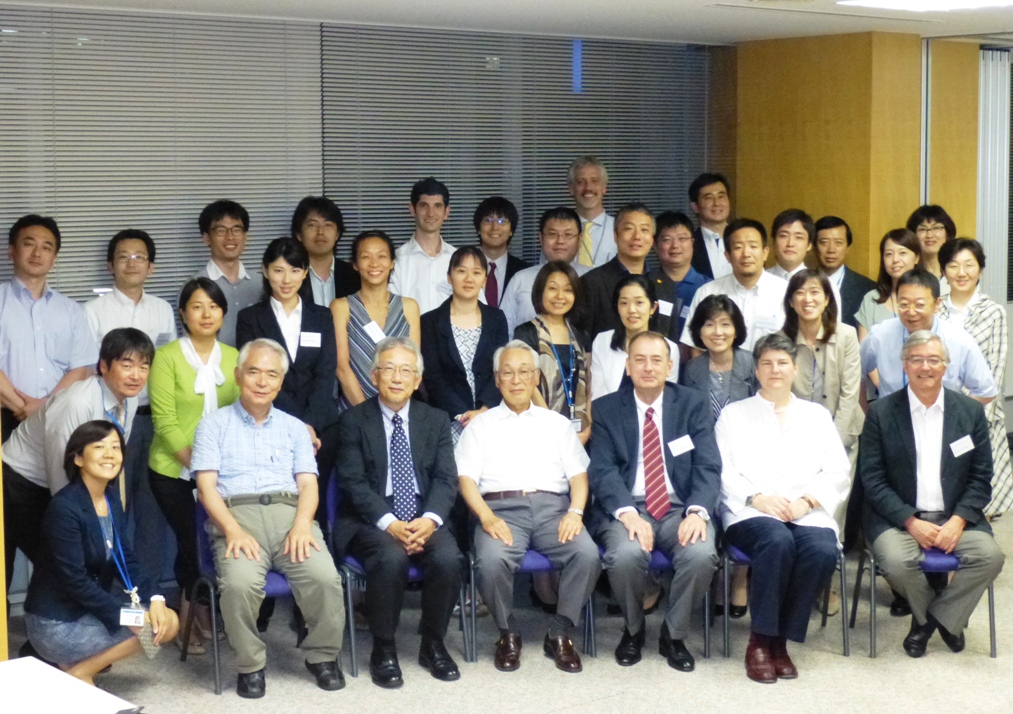 All participants of the Sylff Fellows Gathering

The gathering was organized to update fellows and SSC members of recently launched Sylff support programs and to give an overview of the Tokyo Foundation, including its policy research activities, as well as to provide opportunities for visitors to ask questions, offer comments, share their own news, and, of course, to get to know one another better. 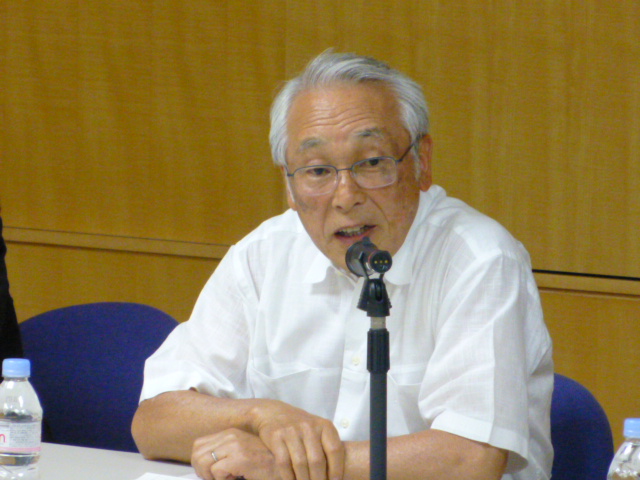 The first half of the get-together featured presentations by the Foundation and two Sylff fellows: Jonathan Shalfi, a master’s degree student at the School of International Relations and Pacific Studies, UC San Diego; and Takehiro Kurosaki, who received a doctorate in anthropology from Waseda University and is now the deputy director of the Pacific Islands Center.

Special guests included Dr. Vladimir Bumbasirevic and Dr. Ivanka Popovic, the rector and vice-rector of the University of Belgrade—Serbia’s largest and oldest university—and Professor Edgar Porter, a member of the Sylff steering committee at the Ritsumeikan Asia Pacific University in Beppu, Japan.

Welcoming remarks were made by Tokyo Foundation President Masahiro Akiyama, who expressed his hope that the gathering would be the first of many more productive forums for the exchange of ideas, and by Tatsuya Tanami, Executive Director of the Nippon Foundation, the donor of the Sylff endowments. 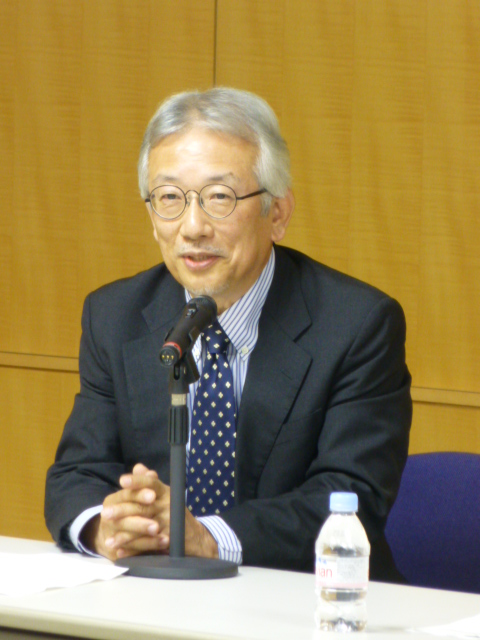 Tanami recalled that Sylff was the brainchild of the late Ryoichi Sasakawa, who, toward the last stages of his life, realized his dream of establishing a fellowship program that would produce leaders to bring positive social change in countries around the world.

The initiative has been highly successful, Tanami noted, providing opportunities for research and social engagement for around 15,000 graduate-level students in 44 countries. He added that Sylff is one of largest of around 25 human resources development programs involving the Nippon Foundation which may total more than 30,000 people, and expressed his hope that these people could one day be integrated into a single network to facilitate communication and understanding.

One of Japan’s Leading Think Tanks

Tokyo Foundation Director for Public Communications Akiko Imai then gave an overview of the Foundation’s activities, emphasizing the unique combination of policy research and the nurturing of change-makers that makes the foundation one of Japan’s leading think tanks. 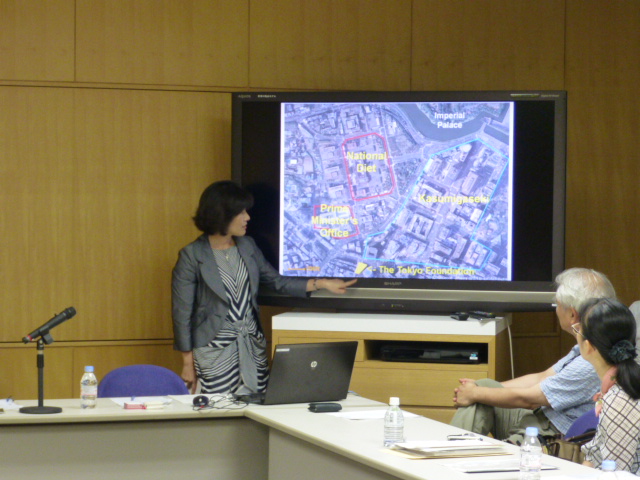 “We’re financially independent of any political or commercial interests, and this allows us to set our own goals,” she noted. “Our central location makes it easy for members of the National Diet and senior government officials to join us for both small-group workshops and public forums.”

Policy research at the foundation covers a broad range of areas, ranging from foreign, security, and trade policy and energy resources to health and nursing care, tax reform, and corporate social responsibility. “These are all interrelated,” Imai said. “Healthcare issues, for example, are closely linked to tax and social security, and could be significantly affected by the Trans-Pacific Partnership. So our research fellows work closely together in a cross-disciplinary way to ensure that our policy proposals are relevant from a cross-issue perspective, and we actively communicate those proposals through our network of leading policymakers, journalists, and scholars, and global think tanks.” 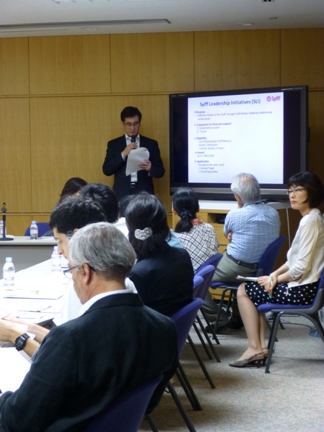 A summary of the Sylff program and updates on additional support available for fellows from the Tokyo Foundation were provided by Director for Leadership Development Takashi Suzuki.

Sylff is one of four major leadership developments programs in which the Tokyo Foundation is engaged. The aims of Sylff, he said, are to cultivate leaders of tomorrow who will contribute to the common good of humankind while transcending national, ethnic, and other boundaries and respecting the diversity of cultures and values; and to support the education of outstanding students pursuing graduate-level study in the social sciences and humanities.

Suzuki introduced two fellows who have gone on to become outstanding leaders in their respective communities following graduation: Dejan Šoškić, a graduate of the University of Belgrade who was appointed governor of the National Bank of Serbia in July 2010; and Loukas Spanos, a Sylff fellow at the University of Athens who has played a key role in the reconstruction of the Greek economy as the director of the Minister's Office at the Greek Ministry of Labor and Social Security.

Noting that one of the Tokyo Foundation’s main tasks regarding the Sylff program is to support the activities of fellowship recipients, Suzuki provided an outline of Sylff Research Abroad (SRA), which supports fellows’ research in a foreign country for their doctoral dissertations, and Sylff Leadership Initiatives (SLI), aimed at encouraging Sylff fellows to address important issues through social action initiatives or workshops to bring about positive change. “In addition,” Suzuki said, “we’re planning to launch global forums for Sylff fellows on an annual basis starting from fiscal 2015.”

Integrating Renewable Energy into the Grid 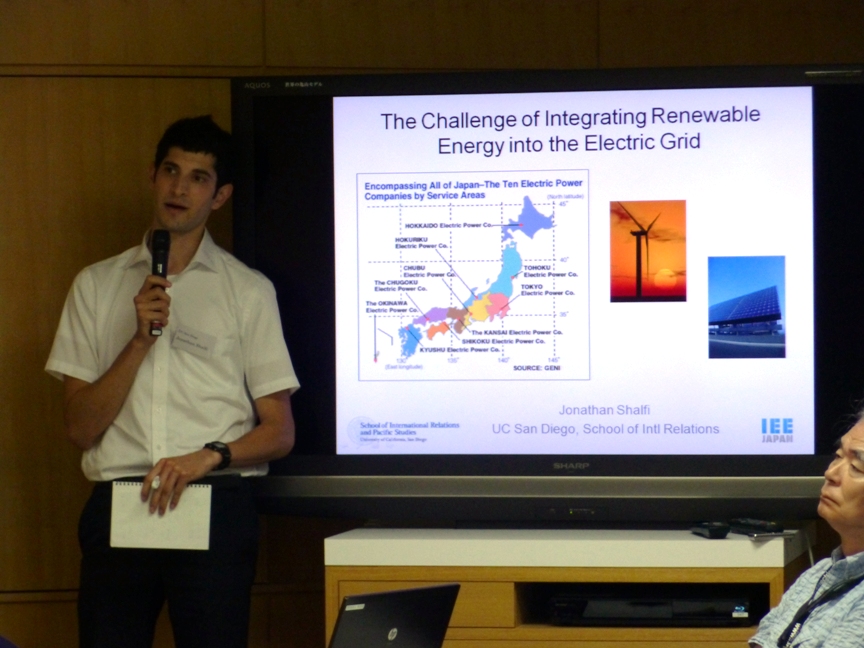 Two fellows then made brief presentations on their recent activities. The first was Jonathan Shalfi, a master’s degree student at IR/PS at US San Diego, who is conducting research this summer at the Institute of Energy Economics, Japan, on the challenges of integrating renewable energy into the electric grid.

“It’s one thing to place electric panels on rooftops and another to actually integrate solar-generated power into the grid,” Shalfi emphasized. “This is what I’m studying. There’s no question renewable energy is becoming a more important part of the energy mix, but the issue of integrating it into the grid hasn’t been studied much yet.”

He noted that Japan faces one of the toughest integration challenges, since there are 10 largely independent, investor-owned electric utilities in the country with very little transmission capacity between them. “Transmission presents great difficulties. Hokkaido has the most wind potential, for instance, but it’s isolated from the big population centers. The situation for solar is quite similar, with most of the potential being located in rural areas. Another challenge is stability, since there must be a way to meet power deficits when the sun suddenly goes away or the wind dies down.”

Looking at Japan, where the production of renewable energy has risen sharply with the introduction of the feed-in-tariff system during the administration of the Democratic Party of Japan, is very important as a test case, Shalfi added, for there are many lessons to be learned by other countries. 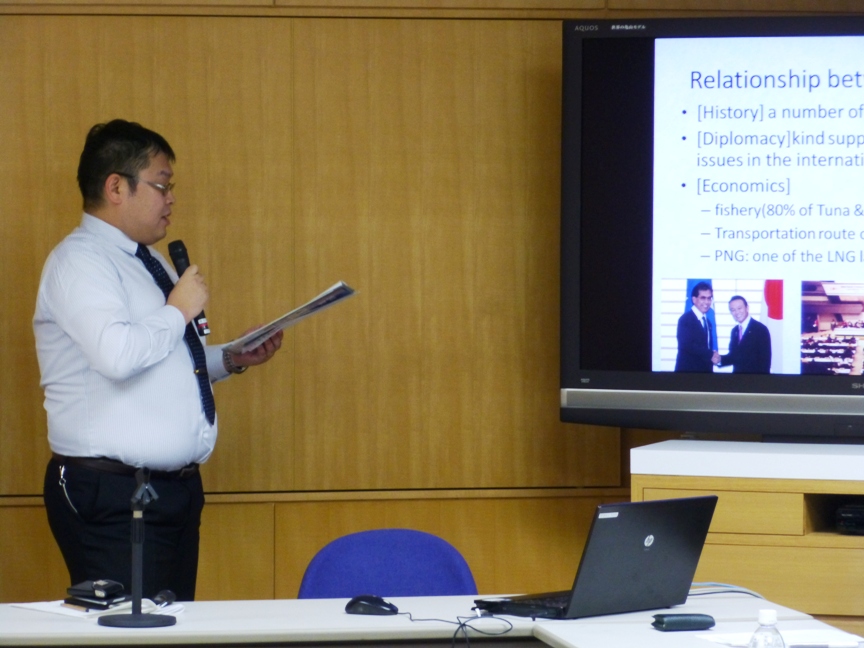 The second fellow to make a presentation was Takehiro Kurosaki, deputy director of the Pacific Islands Center who was a fellowship recipient in 2007 while studying cultural anthropology at Waseda University.

He recalled that the fellowship enabled him to conduct fieldwork in the Marshall Islands and neighboring countries, interviewing high-level bureaucrats, business leaders, and politicians—including the president—about the cultures and political systems of the region.

The fellowship, Kurosaki said, opened doors to his subsequent academic and professional career and to his current position at the PIC, an international organization established in October 1996 by the Japanese government and the Pacific Islands Forum—a consortium of 16 independent Pacific countries, including Australia and New Zealand—to promote the sustainable economic development of the Pacific region, encourage trade and investment from Japan, and bolster tourism.

“Japan has very close historical ties to these countries,” Kurosaki noted. “The president of Micronesia, Emanuel Mori, is the great-grandson of a Japanese samurai from Kochi Prefecture who married the daughter of a traditional chieftain. The Moris are a large clan numbering around 4,000 people in Micronesia, and they have a big impact on the country’s economy and politics.”

Diplomatically, the Pacific islands are important supporters of Japan in international forums like the United Nations, and Japan depends on the region economically for around 80% of its imports of tuna and bonito and as a sea lane for the transport of mineral and energy resources. Japan will also be a major market for the liquefied natural gas produced in Papua New Guinea beginning early next year.

“Japan is one of the top donors of development assistance to the region,” said Kurosaki. “The support has been used to build these young countries’ socioeconomic infrastructure and address challenges posed by global warming and natural disasters, such as typhoons, tsunamis, and drought.”

PIC also organizes exhibitions and stage shows in Tokyo to enhance the visibility of the Pacific countries in cooperation with the Japanese government and the Pacific Islands Forum. “The Pacific countries regard Japan as a friendly and important partner, while Japan attaches great value to them in the global community. I think we need to expand our ties, not just among governments but also in the private and nongovernment sectors.”

Following the presentations, participating Sylff fellows and administrators had an opportunity to talk with Tokyo Foundation program officers and research fellows as well as with one another at the reception, sharing ideas and deepening friendships over food and drinks.