In Search of the New Historians: Fieldwork in the ‘Holy Land’

Khinvraj Jangid, a Sylff fellow at Jawaharlal Nehru University from 2009 to 2011, used his Sylff Research Abroad (SRA) award to research Israel’s “New Historians” and their views, who challenged traditional interpretations of the first Arab-Israel War of 1948. He conducted his field research at Ben-Gurion University of the Negev in Be’er Sheva, Israel, and his findings formed the core of his doctoral dissertation. A summary of research and field work are presented below. 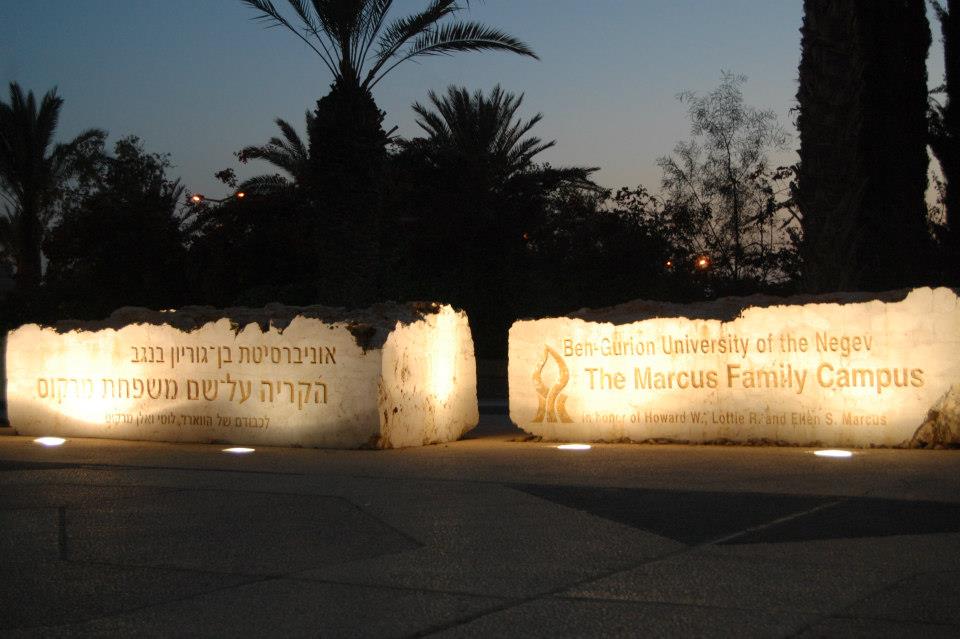 Ben-Gurion University of the Negev (1)

The case of the contested history of the 1948 War, or the first Arab-Israel War, within Israel is the subject matter of this research. It focuses on a group of Israeli historians who challenged the traditional understanding of the 1948 War on the basis of declassified documents from Israeli archives. The leading scholars of this group are known as the New Historians. The word ‘New History’ is applied to their historical writings and their school, which primarily included Benny Morris, Ilan Pappe, Avi Shlaim, and Tom Segev. Due to Israel’s liberal declassification laws, many archival materials became available from the late 1970s, enabling access to the original war papers and documents of the 1948 War.

However, this alone does not explain the critical reexamination of Israel’s role in 1948. Some crucial social and political events played important roles in prompting the historians to take a renewed look at the country’s past. These include the June 1967 War, the Israeli invasion of Lebanon in 1982, and the outbreak of the first Intifada in 1987. A generational change was also one of the factors behind the emergence of the critical reflection of the past. The generation born around or after the 1948 War was more self-critical and less attached to the emotional aspects of the war, as this was the first generation that did not participate in the war or witness its hardships.

The contested issues of the 1948 War between the new and conventional1 views of history can be summarized in the following points: 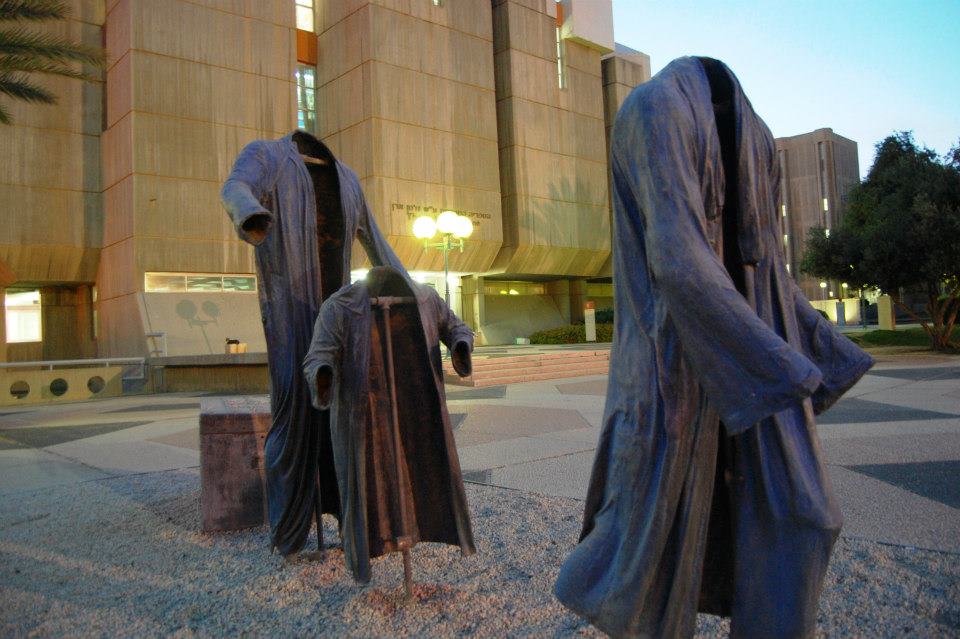 Ben-Gurion University of the Negev (2)

The fieldwork enabled me to interview the New Historians as well as their critics in Israel. The conversations with many scholars and historians, such as Benny Morris, Avraham Sela, Jose Brunner, Eyal Naveh, Yoav Gelber, Yosef Gorny, Rafi Nets-Zehngut, Dani Filc, Amnon Raz-Krakotzkin, and David Newman illuminated the various contours of the academic debate of the historians. For the interviews, I travelled to other prominent universities in Israel, including Hebrew University of Jerusalem, Tel Aviv University, and the University of Haifa. The chance to speak with the historians about their work and their ideological and political underpinnings was very fruitful, providing answers to some of the key questions that had guided my research, such as:

The debate about the 1948 War ensued with the New Historians influenced Israeli society. First, they brought about a change in the teaching of history in Israeli high schools. The inclusion of the Palestinian version of the 1948 War in school textbooks and mentioning the reasons why the Palestinians call the 1948 War a “catastrophe” paved the way for a mutual understanding of those events. The younger generation is more aware of what happened to the Palestinians in 1948. Since a nation’s collective memory and collective identity are shaped through history textbooks more than through any other means, the teaching of a more balanced account of the 1948 War at the school level signifies an important contribution by the New Historians.

Second, the New Historians have enabled the general Israeli public to understand how Arabs perceive Israel and how they view the common past. The redefining of the Israel-Palestine relationship through historical revisionism has helped society understand the “other” in a more compassionate manner and not in antagonistic terms. The rise and growth of the debate in academia and the media is a good indication of the attention it received in Israel and abroad. The opportunity to bridge the narratives of the Palestinians and Israelis through a fuller knowledge of history is a noteworthy consequence of the work of the New Historians.

Third, they inspired sociologists in Israel to take a critical view of Zionism as a political ideology. A recent development in Israeli academia has been the rise of revisionist sociologists known as post-Zionists who have been re-examining the evolution of Zionism and suggesting limiting its influence on state policy.

Thus, the New History was instrumental in shaping a new understanding of the 1948 War. After provoking debate, it was integrated into the Israeli academia, where it was examined, debated, and eventually accepted. But while the New History has had a discernible impact on Israeli society, it has thus far had no tangible impact on policymaking.

The Past as a “Foreign Country”

The experience of conducting research abroad was meaningful in more ways than one. Academically, it required me, a student of international relations from India, to interact in a society that was foreign and unknown. Studying the history of the 1948 War was a process of understanding the birth of the state of Israel. It explained the origins of the protracted conflict between Israel and the Palestinians. In the history of modern international politics, the Israel-Palestine conflict stands out as one of the most complex examples of the formation of a nation-state through the use of force. Sovereignty and territorial issues between Israel and Palestine are far from being resolved, and they also offer a challenge to international conventions and organizations. 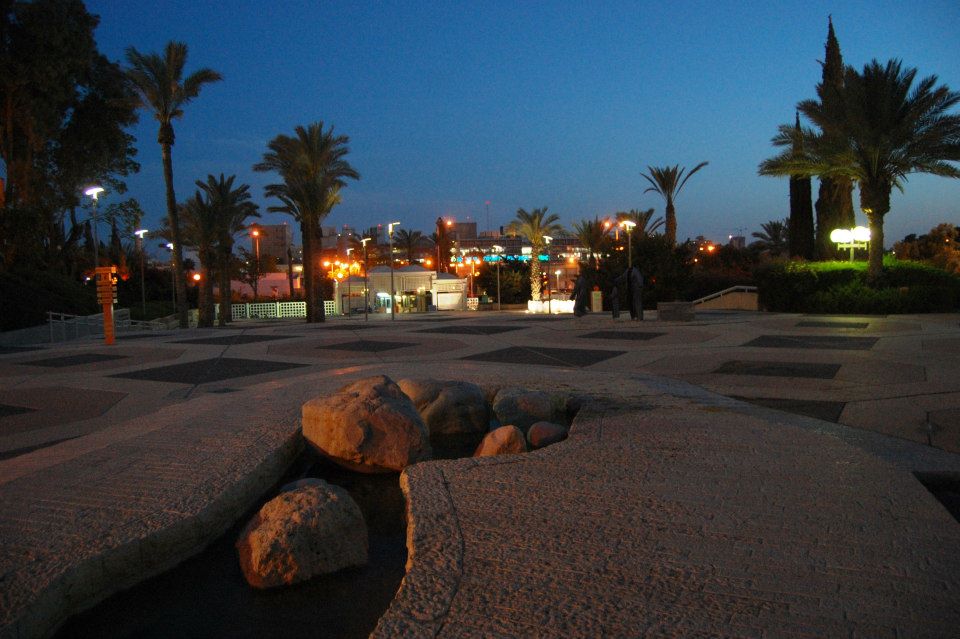 Ben-Gurion University of the Negev (3)

On a personal note, staying in a dormitory with Israeli, a few Palestinian, and other students gave me precious opportunities for interaction. The conversations I had reminded me that a wide gap still separates the perceptions of history held by most people and the findings of scholars. University life at Ben-Gurion University was an invitation to interact with the younger generation of Israeli society. Many of the students I spoke with understood the role of the past and of historians in helping resolve present-day conflicts. The role of historians is considered critical in any society. But how much impact do they really have on society?

The younger generation tends to think of the past like events in a “foreign country.” The debate of the historian was too political for the generation which is getting apolitical. They feel that what happened in 1948 has only a minor role in their lives. Nevertheless, university life was full of political and ideological encounters. In May 2012, on the occasion of the annual Palestinian demonstration of Nakba (meaning catastrophe, a term used by the Palestinians for the 1948 War), there was a heated debate that university space was being used against Israel’s national interests. The on-going debate in the social sciences pertaining to the Arab Spring was another example of the attention being given to regional political events and their impact on the State of Israel.

For this research work, Sylff fellowship and SRA award made significant contribution. The year 2009 when I was selected for Sylff was a turning point for me. I was born and brought in a framing family in Rajasthan. Being considered part of an international fellowship and the prestigious association with Tokyo Foundation inspired me for the academic world.

1It is important to clarify that there is not a well-explained and established body of work called “conventional history” in Israel. The history written prior to the New History is considered a conventional or traditional account of the 1948 War. (The word “official” is used by the New Historians.)