Sierra Deutsch, a Sylff fellow at the University of Oregon, went to Myanmar and Cambodia to assess the two countries’ different approaches to natural resource management. In this article, she describes the preliminary findings of her research and argues that the experiences of local people affected by natural resource policies are important and may have implications for the success of those policies. 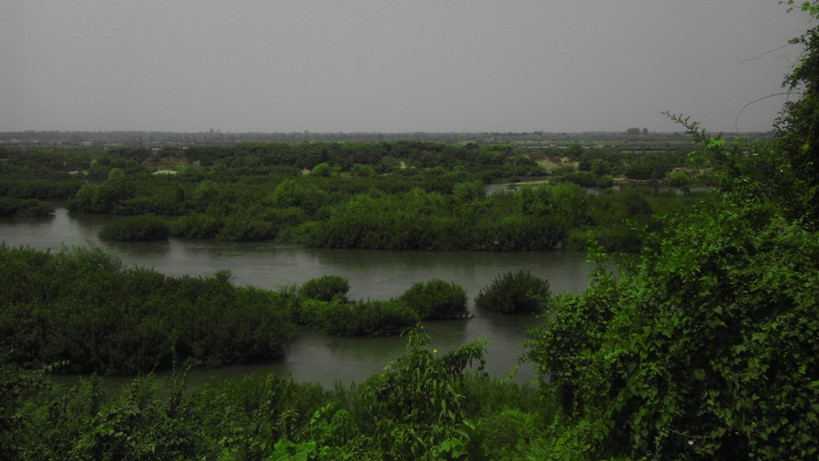 The Status of the Irrawaddy Dolphin

The Irrawaddy dolphin (Orcaella brevirostris) inhabits rivers throughout Southeast Asia and coastal waters in the Indian and Pacific Oceans from the Bay of Bengal to the Philippines 9. The species is listed as “threatened” by the International Union for Conservation of Nature (IUCN), with five sub-populations listed as “critically endangered.” Since the dolphins are not hunted directly for consumption, they are considered a “nonconsumptive” resource.

The main threats to their survival are upstream industrial pollution, accidental catches by gillnet fishing, and mortalities resulting from electro-fishing 9,10,11,12.

Conservation measures for the Irrawaddy dolphin vary by country. They include attempts to mitigate habitat degradation, restrictions on the fishing practices and gear that endanger the dolphins, educational outreach, poverty alleviation through development, encouragement of tourism, and formation of fisher cooperatives 9,10,12. Each country has had varying success in conservation of the Irrawaddy dolphin and, because of its widespread distribution in multiple countries, the Irrawaddy dolphin is also an ideal subject for a cross-country comparison of conservation projects. 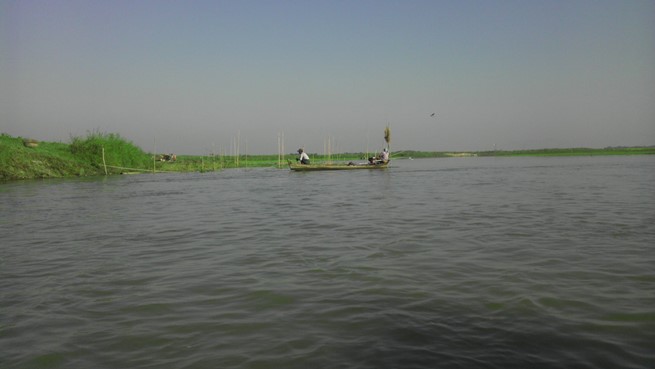 Fisherman on the Ayeyarwady River (Myanmar)

Cambodia’s approach seeks to preserve the status quo of privatized resources and focuses more on the diversification of livelihoods and the economic development of rural communities 13. Meanwhile, Myanmar has focused more on the preservation of livelihoods in rural communities 14. Cambodia’s approach seems to be failing and the imminent extinction of its dolphin population has been predicted 15, while Myanmar’s approach seems relatively successful 14. Yet the perceptions and experiences of these policies by the people that are most directly affected, while taken into consideration during planning and implementation 4,14, seem to have been largely ignored once the policies have been implemented.

Bringing Local People into the Discussion 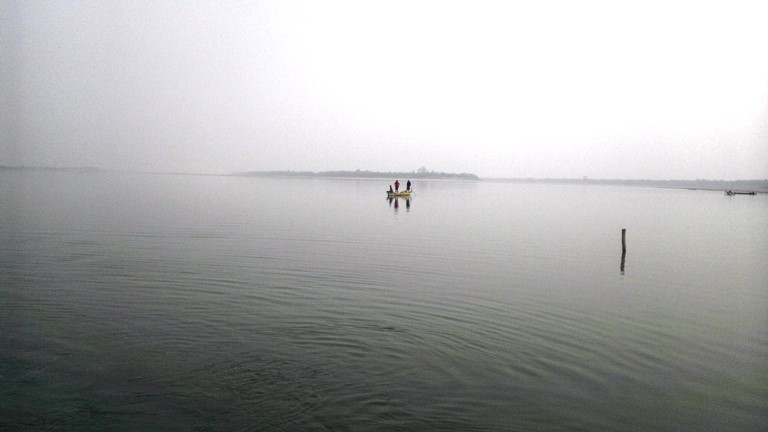 Fisherman on the Mekong (Cambodia)

I used questionnaires to gather data for the hypotheses I have about different perceptions of conservation among the participants. But I also wanted to make sure that participants were given an opportunity to highlight what was important to them. Too many well-intentioned Western researchers go to “developing”countries and make assumptions about the needs and desires of their participants without bothering to ask the local people in those countries what they think. Of course, I had to set out with at least a few questions and expectations in mind—if only because it is virtually impossible to get funding without them! But I purposely chose to carry out personal interviews and focus-group discussions—in addition to questionnaires and participant observation—to allow participants to tell me what was important to them and what they wanted foreign researchers to help with in the future.

At the conclusion of my fieldwork, I had a total of 128 individual interviews, 275 completed questionnaires, and 25 focus-group discussions. These came from 8 riverside villages in Myanmar and another 8 in Cambodia (16 villages in total). The data are still in the preliminary stages of analysis: All of the audio recordings still need to be transcribed in Burmese and Khmer and then translated. (I felt this was a more accurate way of assessing the data, since the interpreters I used on-site may have left out some of what was said, assuming it wasn’t important enough to repeat). However, I have already seen several themes emerge and hope to confirm them once I have the full translations. 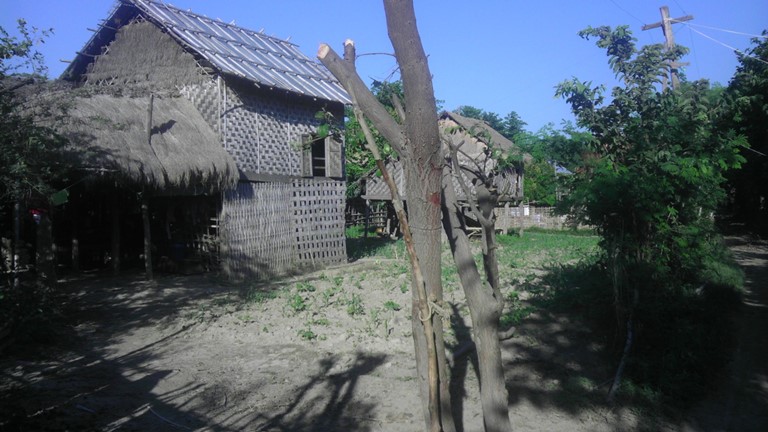 One of the research villages Myanmar

First, virtually all participants seem to think fondly of the Irrawaddy dolphin and expressed a desire to continue to protect it. Second, many participants in both countries seemed to express frustration with ongoing corruption—law enforcement often takes monetary bribes in exchange for “looking the other way” when illegal fishing gear (which unintentionally harms dolphins as well) is used in the river. Many of those participants seemed concerned for the future of the river and its ability to supply the fish that is their primary source of protein. Third, while participants in both countries seem to feel that conditions in their communities have improved over the last 10 years, I was surprised by the differences in how participants expressed that improvement.

Many of the people in Cambodia—where they have experienced a shift toward capitalism since the early 1980s—tended to emphasize the presence and role of money in their lives, often discussing improvements in terms of people having bigger houses, owning motorbikes or cars, and having more money in general (basically, the standard symbols of Western “wealth”). In contrast, participants in Myanmar—where they have just recently begun to experience a shift toward capitalism since 2010—seemed to place more emphasis on community enrichment, frequently discussing improvements in terms of things like better schools, improved medical treatment, and the construction of flood walls. While these are only preliminary findings that need to be confirmed, they are also just a few of the themes immediately obvious from the data. I am confident that many exciting and important findings remain to be made.

Encouraging the Involvement of Underrepresented Groups

Traveling has always been one of my great loves. As I spent more time traveling, particularly in developing countries, I gradually became aware of a desire to address the social and environmental problems that seemed to be everywhere. I had the opportunity to meet many people along the way from diverse geopolitical regions, cultures, ethnicities, religions, genders, and ages who were contributing to solutions for these social and environmental problems.

Around the same time, I began to become aware of my undeserved privilege as a middle-class, white North American to access resources—such as education and the ability to travel abroad—that are not available to the vast majority of the world’s population. Because of this awareness and because of these interactions with the people who inspired me, I decided that even though I enjoyed studying whales and dolphins immensely, I felt a deep responsibility to use the resources available to me to contribute to the peace and well-being of humankind and the planet.

It is my hope that the results of this study will encourage more involvement of underrepresented groups in assessing the effectiveness of environmental and other policies on a local, regional, national, and global scale. I believe that acknowledging the diverse ways in which people experience and perceive conservation initiatives is especially important where conservation policy appears to be failing. The addition of alternative worldviews to a collective analysis may ultimately lead to more effective approaches to, and better solutions for, the environmental problems that affect us all.

6 Clausen, Rebecca and Clark, Brett (2005) ‘The metabolic rift and marine ecology: an analysis of the ocean crisis within capitalist production.’ Organization & Environment, 18(4), pp. 422–444.

SRA2014-2
FR: University of Oregon (USA)
TO: Cambodia (Fieldwork)
PhD candidate in Environmental Sciences, Studies, and Policy (ESSP), an interdisciplinary program at the University of Oregon (UO). Has a BS in Marine Biology/Zoology with a pre-veterinary focus and a minor in Women’s Studies from Humboldt State University. Earned an MS in Wildlife & Fisheries Sciences from Texas A&M University for a thesis titled, “Behavioral Development of Dusky Dolphins.” Completed a Master’s Paper in Sociology at UO titled, “The Struggle of a Small Community for Ethnic Renewal in the Face of Coloniality: The Whale Hunters of Neah Bay.” Completed a Graduate Certificate in Marine Resource Management at Oregon State University (OSU). Her areas of interest include: environmental sociology, environmental justice, social movements, globalization and development, marine biology, international and indigenous issues, marine biology, marine resource management, human dimensions in marine conservation, and wildlife policy and law .