Anti-immigrant Policies in Arizona and Their Impact on Mexican Families

As media coverage of the 2016 US presidential election has shown, recent terrorist attacks and the ongoing influx of immigrants into Europe have caused an increase in xenophobia and related phenomena.

Eduardo Torre-Cantalapiedra, a Sylff fellow at El Colegio de México, used an SRA grant to research the impact on Mexican immigrants of the highly controversial anti-immigrant laws passed in Arizona in 2010. Can enforcing immigration laws decrease the number of undocumented immigrants? Should the living conditions of undocumented immigrants be ignored because their stay is illegal? This article reveals the true difficulties they face, as experienced by the immigrants themselves.

In recent years, Arizona has passed some of the harshest anti-immigrant policies in the United States. The Republican Party has adhered strictly to its doctrine of “attrition through enforcement,” and Democrats have done little to stop them. This policy has caused serious damage to Mexican families and to the population in general in that state, (My own estimates based on the American Community Survey suggest that there were approximately 248,000 Mexican households in Arizona in 2010). The doctrine is based on the idea of making everyday life for undocumented migrants so difficult that they will be motivated to go back to their countries of origin. In response to Arizona's anti-immigrant policies and the hostile environment they have generated, Mexican families have developed a set of strategies to make the difficulties more bearable. Some families have also decided to migrate from Arizona to other parts of the United States. 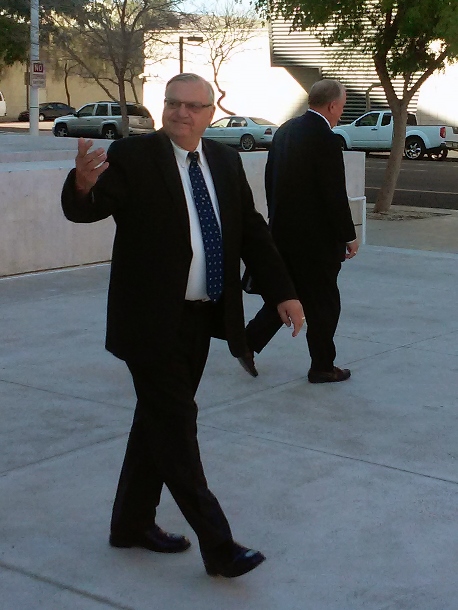 Sheriff Joe Arpaio in front of the federal courts in Phoenix.

The fieldwork I carried out in Phoenix, Arizona, has allowed me to make a diagnosis of the situation. I now have a clearer idea of the problems that these anti-immigration policies have caused for Mexican families and for the social environment in Arizona. The main results of my fieldwork will be incorporated into the central chapters of my dissertation. My basic finding is that these state policies have not achieved the goal of making immigrants "without papers" leave the state. However, they have meant the systematic violation of civil rights of the migrant families. The police have been one of the largest sources of abuses and violations. US District Judge G. Murray Snow issued a sweeping decision finding that that Sheriff Joe Arpaio and his agency (Maricopa County Sheriff’s Office) had relied on racial profiling and illegal detentions to target Latinos during immigration sweeps and traffic stops (ACLU, 2015). Most of the people I interviewed told me they had been stopped while driving simply because of their skin color and physical appearance. Most had been subjected to heavy fines or had had their vehicles confiscated for a month. Several were subjected to deportation proceedings, even though they had never been convicted of any crime.

Undocumented migrant workers have also been pushed into the informal economy and have been forced to take increasingly precarious jobs. Manuel1 preferred to work as a day laborer rather than work without papers because he was afraid of being accused of identity theft if he used another person’s social security number. José was fired from the restaurant where he worked when the chef started to use the E-Verify system. (Arizona has required that most employers use the E-Verify system to verify the migration status of employees since 2007.) Because of this same system he could not find a new job in another restaurant. He now spends his time cleaning yards and does not earn enough money to support his family. Ramón spent two years unemployed, occasionally working small jobs for friends and acquaintances to get by. 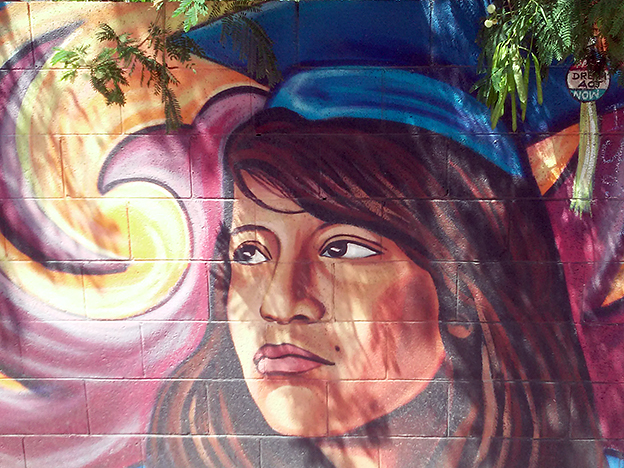 The entire state has been affected by the implementation of the anti-immigrant policies. Underutilization of labor, strengthening of racist and xenophobic groups, the breakdown of the social fabric and severe economic losses are just some of the major problems that these policies against undocumented immigrants have caused.

Young people have also been affected by anti-immigrant policies. One law decided that undocumented immigrants must pay out-of-state tuition for their education. Some of the students I interviewed told me they were finding it very difficult to continue their studies because the tuition had increased by 300%. Others had already given up their studies. Only when President Barack Obama approved a new policy that deferred action for certain undocumented young people who came to the United States as children did some of them decide to continue their studies. 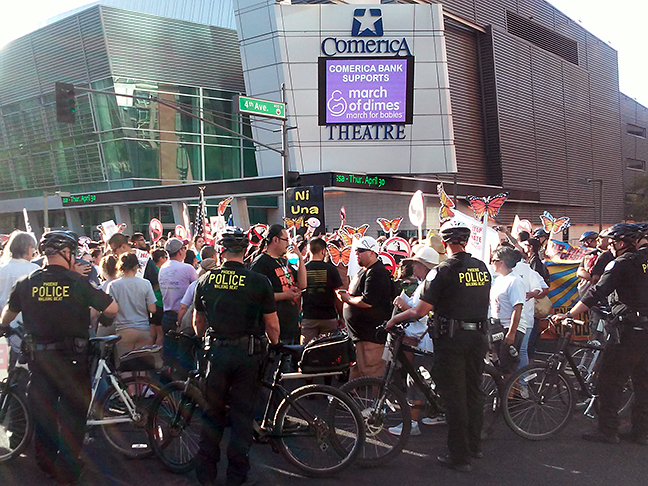 My study also documented the adaptation and mobility strategies that families have developed to deal with the anti-immigrant policies in Arizona. These strategies have included staying away form public spaces to avoid the risk of deportation, using members with some kind of legal status to attain certain benefits, seeking measures that allow them to circumvent the prohibitions on driving and working in the state, and others. María was so afraid of being deported and separated from her family that for many months she refused to leave her house except when it was absolutely necessary. Some families decided to emigrate from Arizona to other part of the United States. Some of those who had emigrated told me that enforcement of immigration laws by police in other states is different: they do not stop your car in the street simply because you look Latino. Interstate migration of foreign-born migrants is therefore not motivated only by social networks and economic issues. The varying immigration policies of different states provide another powerful incentive for some families to move.

To reverse these adverse effects, changes on two levels are necessary. The first step must be to get rid of all laws based on the doctrine of “attrition through enforcement.” The economic boycott, international and domestic pressure, protests against the unconstitutionality of these laws, and other measures, have been partially effective in fighting these laws in the medium and long term. While many local migration initiatives have been repealed, many remain in force today and continue to damage Mexican migrant families in the state. Second, the continuing daily struggle of families against the anti-immigrant policies is essential. Although this struggle stands a good chance of reversing the current policy framework in the long run, it is also needed as a means of empowering migrant families through information about their rights and participation in social movements and organizations that fight for the civil rights of migrants, regardless of their legal status in the United States. We must not forget that “undocumented” status does not mean that migrants have no rights according to United States laws. Among other constitutional rights, for example, an immigrant has the right to due process when he or she is arrested. An immigrant can be indemnified if he or she is a victim of a crime. Undocumented migrant children (K-12 or less) have the right to attend school according to the Supreme Court. 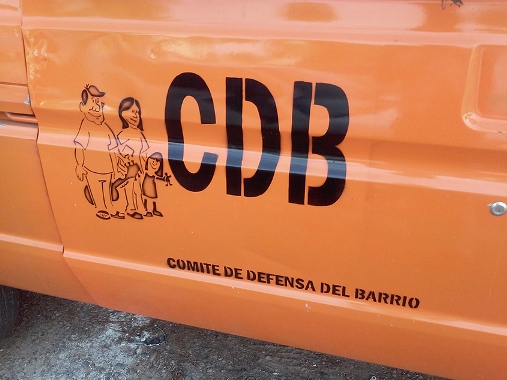 The logo of the Comités de defensa del Barrio.

During my stay in Phoenix I had the opportunity to participate in activities organized by the Barrio Defense Committees (Comités de defensa del Barrio, or CDB for short). I was able to observe the important work being done by this and similar organizations in mitigating the adverse effects of the policies against migrants "without papers" and their families. CDBs are a genuinely grassroots movement that emerged in response to the attack against resident Mexican families represented by the 2010 Support Our Law Enforcement and Safe Neighborhoods Act, or Arizona SB 1070. The ongoing hard work of the CDB has allowed many Mexican families to move out of a position of isolated defense to take actions in defense of their rights along with other family units. As its members argue: Unity is strength ("la unión hace la fuerza").

In short, I am hopeful that the fieldwork I conducted with the support of Sylff Research Abroad will produce valuable information for policymaking in both Mexico and Arizona that will serve to defend the civil rights of Mexican families in Arizona and improve their living conditions, and to repair the broken social fabric by allowing closer links between Mexican and American families who live in the state.

1Names have been changed to preserve the anonymity of the people interviewed.

Eduardo Torre-Cantalapiedra is a PHD candidate in Population Studies at the Center of Demographic, Urban, and Environmental Studies at El Colegio de México, and Visiting Fellow at the Center for U.S.-Mexican Studies at UC San Diego. After receiving his bachelor’s degrees in law, business management, and political science from the Complutense University of Madrid, he completed a master’s degree at the University of Guadalajara and was selected as a Sylff fellow in 2014. His research on anti-immigrant state policies in Arizona and their consequences for immigrant Mexican families in that state was carried out over a period of five months in 2015 with partial funding from an SRA grant.