Resilience in the Context of Poverty: The Experiences of Low-Income Urban Filipino Parents

What factors make parents resilient to the effects of poverty in urban Manila? Rosanne Jocson, a 2008–2010 Sylff fellow of Ateneo de Manila University, the Philippines,  and a doctoral candidate at the University of Michigan when she received her SRA grant, investigates protective factors that buffer the negative effects of poverty and adverse living conditions on low-income urban Filipino mothers and fathers. 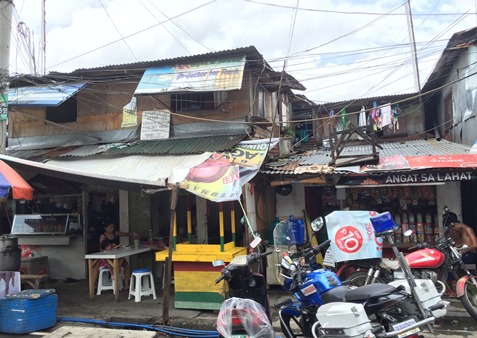 A snapshot from a low-income neighborhood in Metro Manila.

In the Philippines, little systematic research has been done to study the effects of economic strain on parents and children and the factors that buffer its negative effects. This is a cause for concern, given that poor and low-income families constitute more than half of the household population in the Philippines.[1] In Metro Manila, the urban capital, about 1.8 million households are considered poor and another 8.7 million households are low-income.[1] Poor and low-income families confront several stressors in their psychosocial and physical environment, such as residence in makeshift dwellings, inadequate sanitation and drainage, limited access to clean water, overcrowding, and other threats to physical health.[2] In fact, reports show that Metro Manila has the largest number and percentage of children experiencing shelter and water deprivation.[3] Residents in informal settlements also face stigma, housing insecurity, and eviction threats, along with violence and dangers due to crime, drug use, and neighborhood gangs.[2] How do parents and children manage risk and function well despite these difficult conditions? Broadly, my research seeks to identify the factors that contribute to their resilience and positive development.

In physics, resilience is the ability of a substance or object to spring back into shape after it has been pulled, stretched, or bent in some form. Applying this characteristic to people, resilience is typically viewed as “toughness,” or the ability to “bounce back” from difficulty. In the field of psychology, resilience is defined as the achievement of relatively positive outcomes despite risk or adversity.[4,5]

An important feature of resilience is that it is a process of overcoming the negative effects of risk exposure and not a static, individual trait.[4, 6] This is important to note because framing resilience as a trait that lies within the person could lead to some form of blame on the individual if it is not achieved. As such, the main question regarding resilience is, “What factors make some people succeed despite experiencing risk or adversity?” These factors are known as “protective factors.”

Broadly speaking, protective factors are resources that buffer the negative effect of adverse conditions on an individual’s functioning.[4,6,7] These could be family-level factors, such as support, cohesion, and quality of communication among family members. They could also be resources outside the family, such as friends, mentors, and other supportive relationships in the neighborhood and community. Finally, they may also include individual-level factors, such as resourcefulness, intelligence, optimism, self-regulation, and spirituality.

Taking these together, resilience is not just an individual achievement. Rather, it is a process that is achieved through protective factors that are derived from people and resources in the individual’s context.

Given my research interest in poverty in the Philippine context, I used an SRA grant to investigate the individual-, family-, and community-level factors that promote resilience among Filipino parents living in low-income neighborhoods in Manila. I was specifically interested in the roles of religiosity and spirituality, family-oriented values and behaviors, and community cohesion in buffering the effects of poverty-related risks on Filipino mothers and fathers. 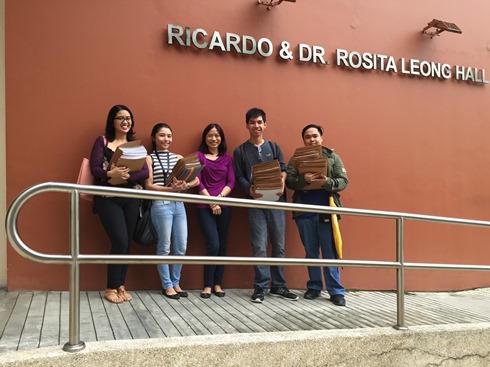 The author with her research team at the host institution, Ateneo de Manila University.

My focus on these three factors is based on their cultural relevance in the local context. First, the Philippines has the third largest Catholic population in the world,[8] and as such, religiosity and spirituality, especially beliefs and practices that are rooted in the Catholic faith, are deeply entrenched in Philippine society. Second, Filipinos are often described as having a strong adherence to family-oriented values emphasizing cohesiveness among immediate family members and extended relatives, respect for elders and parental authority, and mutual obligations.[9,10] Third, Filipino family-oriented values extend to people in local communities and neighborhoods, with close neighbors typically treated as extended family.[11]

I visited Manila from January to July 2016 to work on this research project. I was hosted by the Ateneo de Manila University Psychology Department and worked with mentors, colleagues, and students who provided invaluable support throughout the entire research process. I had the pleasure of working with a team of local graduate students in psychology, who assisted me in the translation and adaptation of survey measures, pilot testing, and data collection in three local communities. The research team worked closely with community leaders and coordinators from the recruitment sites to ensure smooth data collection with the 200 parents who participated in this study. This process highlighted the importance of establishing partnerships and strengthening ties with communities and local institutions for the success of a research project. 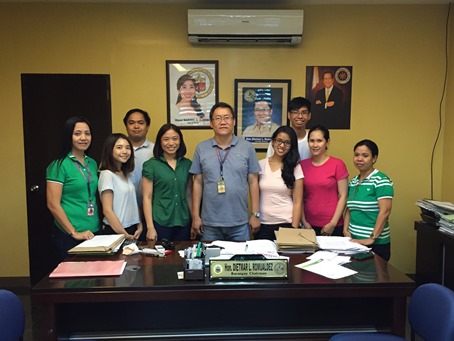 The research team with the barangay chairman (the highest elected community leader) and other community coordinators of one of the research sites.

The main objectives of my dissertation are to (a) examine the ways in which poverty-related risks influence parents’ psychological well-being and parenting behaviors, (b) identify culturally relevant individual, familial, and community-level protective factors against poverty-related risks, and (c) investigate similarities and differences between Filipino mothers and fathers.

Initial analyses showed, after controlling for family income, that several poverty-related risks were associated with higher levels of psychological distress among mothers and fathers. These include neighborhood disorder, lack of access to water and electricity, food insecurity, and exposure to community violence. Many poverty-related risks were also associated with lower levels of warmth, after controlling for family income. These include lack of neighborhood resources, neighborhood disorder, and lack of access to water.

Further analyses showed that certain individual- and family-level factors had protective relations with parenting behaviors. For example, mothers’ spirituality was associated with higher levels of warmth and parent-adolescent communication quality. Maternal and paternal efficacy was also associated with higher levels of communication quality. Both mothers’ and fathers’ family-oriented behaviors were likewise associated with higher levels of communication quality and monitoring. These initial results highlight the importance of considering contextual risks when studying the impact of economic disadvantage on Filipino families and emphasize the roles of spirituality of mothers, as well as efficacy and family-oriented behaviors of both mothers and fathers, in enhancing their functioning.

Toward a More Global Perspective in Poverty Studies

The SRA grant has been instrumental in my goal to contribute international perspectives to the study of poverty and resilience. The need to adopt a more global perspective in this field is compelling, given the severe underrepresentation of developing countries in psychological research. As the nature and experience of poverty differ widely across contexts, it would be unwarranted to generalize findings derived from Western developed regions to the much larger population of children and families living in low- and middle-income countries. In the Philippines, for example, it is important to identify and highlight assets that are culturally and contextually relevant. These findings could then be incorporated to intervention projects, such as in the design and evaluation of parenting and child development programs for low-income Filipino families. Along with larger-scale efforts toward reducing poverty and inequality, such initiatives could help facilitate healthy family functioning and child development even in disadvantaged contexts.

3.Philippine Institute for Development Studies (2010). Global study on child poverty and disparities: The case of the Philippines. Retrieved from http://www.unicef.org/socialpolicy/files/Philippines_GlobalStudy(1).pdf

Rosanne Jocson completed a PhD in Developmental Psychology at the
University of Michigan, Ann Arbor. She received a Sylff fellowship in
2008–2010 for an MA in Psychology at Ateneo de Manila University and is
currently an Assistant Professor in the Ateneo Department of Psychology. Her
research investigates the role of socioeconomic contexts in family and
child development and the protective factors that promote resilience among
parents and children exposed to risk. Using an SRA grant, she conducted a
study in the Philippines identifying risk and protective factors that
contribute to the psychological well-being and parenting of mothers and
fathers living in low-income urban neighborhoods.