Dr. Gosia Pearson, who received a 2004 Sylff fellowship at Jagiellonian University to study at Oxford University, currently works in the European Commission’s department for humanitarian aid and civil protection (ECHO). She reports on the challenges of the humanitarian sector and outlines solutions to overcome them.

Working for the leading humanitarian donor—the European Commission’s Directorate-General for European Civil Protection and Humanitarian Aid (ECHO)—is an exceptional privilege. Each year, ECHO provides over 1 billion euros to help around 120 million victims of natural and man-made disasters in over 80 countries worldwide; these include not only major crises that are high on the international agenda but also those that escape media attention. But the job also carries an enormous responsibility to exert all efforts possible to save lives and give hope to disaster-affected populations. This is particularly difficult in current times, which witness challenges not seen in recent history. 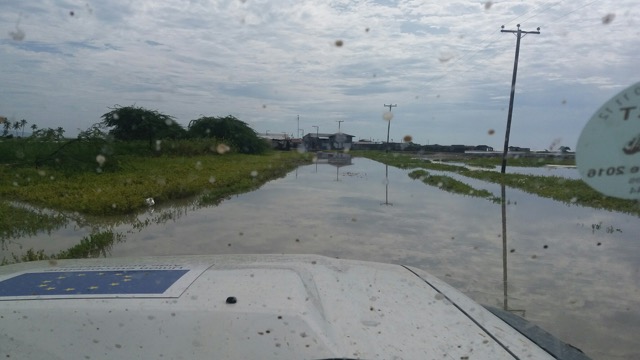 Current humanitarian catastrophes are more devastating than ever before due to political, socio-economic, and environmental factors. There are numerous endemic internal conflicts, many of which are ideologically highly charged, involving elements of conventional war and terrorism, and resulting in dramatic regional consequences. Last year alone, there were over 400 political conflicts, including tens of wars, which affected lives of 50 million people. These crises often last for years because of lengthy negotiations and lack of political solutions and happen more frequently in poor and fragile states, adding up to the vulnerabilities of the local populations.

Climate change, environmental degradation, urbanization, and population growth increase possible hazards and lead to a global rise in disasters. The number of climate-related events worldwide has doubled in the last 25 years. Every year natural disasters impact the lives of nearly 100 million people, and in the last 15 years they have led to direct economic losses of an estimated 2 trillion euros. There is a growing interdependence among these factors, making crises more complex and unpredictable.

These drivers have led to unprecedented human suffering and record-high humanitarian needs. In the last decade the UN humanitarian appeals grew by 640%. At the beginning of 2016, 87.6 million people in 37 countries around the world were in need of humanitarian assistance, and about 60 million people were displaced. These numbers represent nearly a doubling of people affected by humanitarian crises in the last decade. This year the UN requested over 20 billion US dollars to meet the needs of the affected populations, which is the highest appeal in history.

The ongoing pressure on humanitarians to provide assistance that goes far beyond saving lives and alleviating suffering makes humanitarian work ever more challenging. The financial and operational capacities are stretched to the limits, hindering adequate response. Last year, donors provided over 10 billion US dollars to help victims of conflict and disaster. This was the highest contribution in history; still, it covered only half of the estimated needed help. Funds are most constrained in protracted crises, which absorb nearly 80% of humanitarian funding. In addition, the operating environment has become increasingly complex, politicized, and insecure. The humanitarian principles of humanity, neutrality, impartiality, and independence are often challenged, and international humanitarian law is bluntly violated, resulting in arbitrary denial of access and lack of protection. Civilians are directly attacked, sexual based violence is used as a weapon of war, and children are recruited as child soldiers. Humanitarian personnel are also victims of direct attacks and kidnappings.

Partnerships as a Basis for Principled and Effective Humanitarian Action 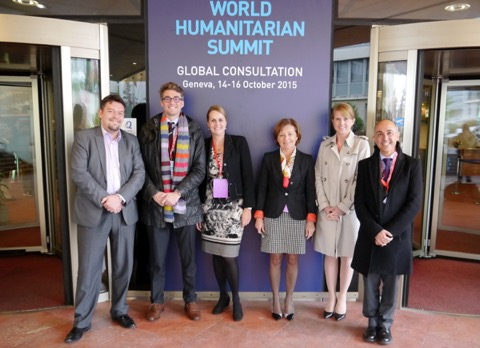 The response to these challenges should be based, first and foremost, on genuine partnerships between the various actors engaged in humanitarian action. No single actor has the capacity and resources to face these challenges alone. It is only through linked and coordinated action that the global community can respond to the escalating and multifaceted crises and disasters that demand humanitarian assistance. Such partnerships should be fostered for two purposes in particular. The first is to reaffirm the very basic humanitarian values: the values of dignity, integrity, and solidarity; humanitarian principles; the respect of obligations under international law; and the commitment to keep humanitarian work distinct from political agendas. This will help ensure access to assistance, protection, and security. The second objective is to improve the effectiveness of humanitarian action. This should include risk-informed response based on needs; closer cooperation with local actors, where possible; efficient and sufficient funding; and closer cooperation with the development community.

To build a more inclusive and diverse humanitarian system committed to humanitarian principles, UN Secretary-General Ban Ki-moon called for the convening of a World Humanitarian Summit, which took place for the first time in May 2016 in Istanbul. This multi-stakeholder event aimed to set a forward-looking and collective agenda for humanitarian action. At the event, 50 world leaders and 9,000 humanitarian, development, and political stakeholders from around the world made altogether 3,000 commitments to support a new shared Agenda for Humanity and take action to prevent and reduce human suffering. 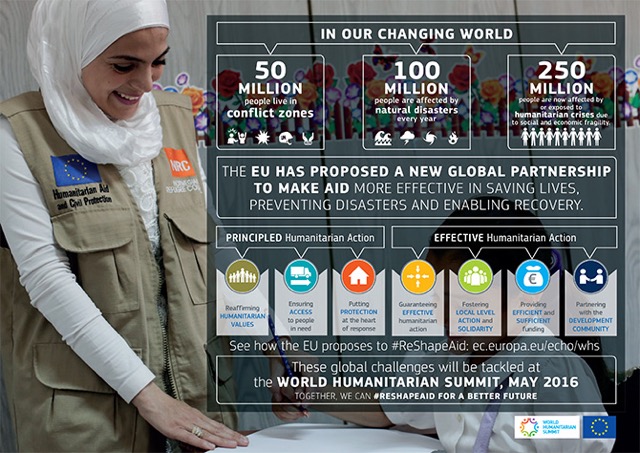 My most recent task was to prepare and coordinate the EU’s position for the Summit, where the EU pledged over

100 commitments on its own policies, programs, and funds. Some examples of its commitments include adopting new guidelines on protection of civilians, signing the Grand Bargain on Humanitarian Financing, funding for the Education Cannot Wait initiative, adopting a new policy on forced displacement, signing up to the Charter on Persons with Disabilities in Humanitarian Action, and signing the Urban Crises Charter. The EU also signed the Political Communique, which was supported by over 70 countries. Like the EU, other countries and organizations made commitments for a better functioning humanitarian system.

While the World Humanitarian Summit was an important milestone, the work toward a new global partnership linking political action to prevent crises, development assistance, and more effective and principled humanitarian aid has only just begun. The challenges we are facing are complex, and there is no simple solution. The European Union confirmed that it would play its full part in reshaping aid to better serve people in need and called on all world leaders to do the same.

Gosia Pearson received a Sylff scholarship in 2004–2005 at Jagiellonian University to study international relations in St. Antony’s College at Oxford University. The scholarship helped her finish her master’s thesis on the European Union’s external relations in the field of human rights. She is now a policy advisor in the European Commission, where she is responsible for the EU’s humanitarian aid strategy and international cooperation. She is also a research associate at the Law Faculty of Oxford University. All views expressed here are those of the author.