To Unmake a Victim: Criteria for the Successful Social Reintegration of Human Trafficking Victims

Rui Caria is a Sylff fellow currently enrolled in a master’s program at the University of Coimbra in Portugal. He is currently addressing research in the field of criminology, specifically victimization and social reintegration of human trafficking victims, which should be a legitimate policy to protect victims and prevent retrafficking.

I am currently doing my dissertation for a master’s in criminal law. The title is “The social reintegration of human trafficking victims,” a theme that deals not only with international and European criminal law, criminology, and victimology, but also shines the light on how criminal policy should be carried out in order to find a balance between victim protection and criminal prosecution.

The goal of my research is to advance a criminal law policy oriented by the idea of social reintegration of the victims, capable of harmonizing and bettering the different mechanisms of victim protection, while at the same time helping the fight against trafficking.

To reach this goal, I explore the current international legislation on human trafficking and compare policies from various countries to see which are most effective and which to avoid. I also explore the real circumstances of the victims to paint a clear picture of their vulnerability, followed by an examination of the different concepts of vulnerability in various legislations to see which one is the most suitable for policy making. To conclude, a proposal of a concept of social reintegration is advanced, as well as an attempt to justify its purpose in criminal policy, and a study of the various criteria that in my understanding contribute to its success.

What Is Human Trafficking?

The isolation of the victim. (Photo courtesy of Pexels.com)

Human trafficking is one of the most devastating crimes occurring in the international landscape, not only for the gravity of its offenses but also for the way it exploits the victims through their vulnerability. It is considered a crime against personal liberty, transforming human beings into things and using them as such.

According to international and European law—Article 3 of the Protocol to Prevent, Suppress and Punish Trafficking in Persons, Especially Women and Children, supplementing the United Nations Convention against Transnational Organized Crime (Palermo Protocol) of 2000, and Article 2 of the Directive 2011/36/EU—trafficking in human beings refers to the recruitment, transportation, transfer, harboring, or receipt of persons, by means of the threat or use of force or other forms of coercion, of abduction, of fraud, of deception, of the abuse of power, or of a position of vulnerability or of the giving or receiving of payments or benefits to achieve the consent of a person having control over another person for the purpose of exploitation.

This exploitation includes the exploitation of the prostitution of others or other forms of sexual exploitation, forced labor or services, including begging, slavery or practices similar to slavery, servitude, exploitation of criminal activities, or the removal of organs.

The definition of what constitutes human trafficking is important to determine what actions fall under the scope of the crime, as well as which victims.

Victims and Their Vulnerability 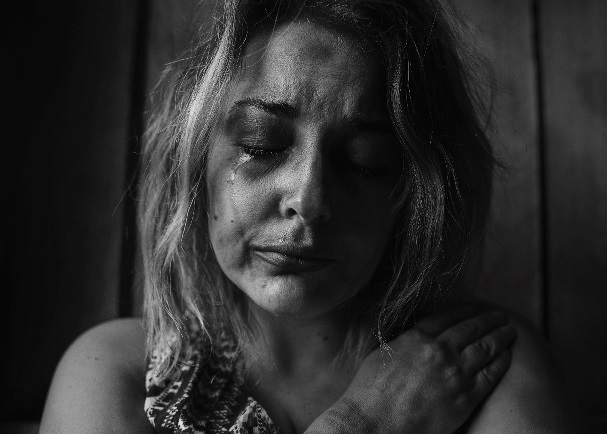 The despair of the victim. (Photo courtesy of Pexels.com)

According to the European directive and the Palermo Protocol, a position of vulnerability means a situation in which the person concerned has no real or acceptable alternative but to submit to the abuse involved. What, then, are some of the factors that contribute to the special vulnerability of human trafficking victims?

A brief criminological analysis will help us reach an understanding. By and large, human trafficking victims are people in situations of great economic struggle and social unbalance, originating from countries or regions that are both economically and socially debilitated. In the face of these circumstances, these people seek countries with better conditions where they might improve their lives, and it is with this idea that they fall in the trap of human trafficking.

Their being in a strange country or region is another factor of their vulnerability, for they lack knowledge of this new territory and suffer from geographical disorientation. Also, traffickers make them afraid of violence on themselves and their families. Another fear is that their community might find out about their activities in prostitution. Finally, a distrust of the local police and judicial authorities is fed by the traffickers that, along with the previous factors, leaves these people extremely dependent on them, which helps reinforce the control of their captors.

Various personal circumstances can contribute to the acceptance of their situation. Victims might have developed drug dependency during their stay in a foreign country, which makes them crave income so that they can satisfy their needs. They might also be economically indebted to their traffickers for having brought them to a new country, so that they need to work and suffer the exploitation to pay off that debt; this is a common stratagem among traffickers. Studies have shown that there are very reduced percentages of voluntary exercise of prostitution, indicating dark figures of exploitation in this area.

In light of these factors, Article 3 of the Palermo Protocol deems the consent of the victims irrelevant to excuse the criminal action when it is used in the context of this special vulnerability. 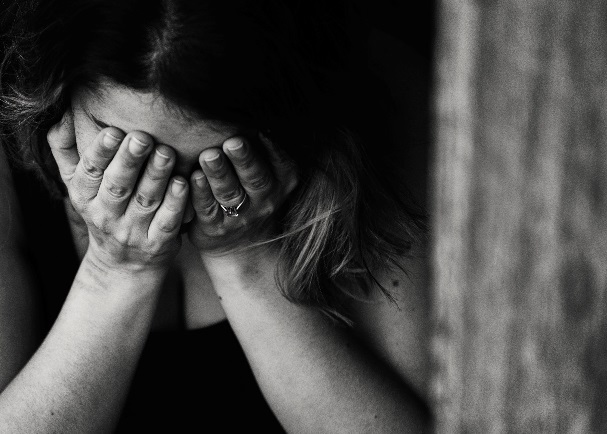 The shame of the victim. (Photo courtesy of Pexels.com)

It is this special vulnerability of the victims of human trafficking that, in our understanding, justifies the need for social reintegration, given the potential for prevention through this process. Before developing these justifications, we must define social reintegration: it is a process by which secondary victimization is maximally reduced throughout the victim’s journey before, during, and after criminal procedure, with the goal that they are not further victimized and, especially, that they are not retrafficked.

Secondary victimization, which social reintegration works to avoid, is a process by which, through complex selection and stigmatization by—but not only by—the judicial process and its entities, a person assumes the stereotype of a victim, suffering further victimization as a consequence of the way she regards her own identity. Human trafficking victims are very susceptible to this kind of process due to the stigmatization they suffer from their sexual work, the constant abuse from their traffickers, and their placement in the illegal market.

So, to sum up, the special vulnerability of the victims, whose factors we previously referred to, make victims more prone to stigmatization and mistreatment, which results in secondary victimization, therefore justifying the need for social reintegration. This is the humanistic or human rights approach aspect present in this process. The criminal law approach aspect, on the other hand, may manifest itself by justifying this minimization of secondary victimization as a form of prevention of future crimes. The logic we put behind this is the following: if social reintegration prevents secondary victimization, it prevents victims from being revictimized, mainly and ideally in the form of retrafficking; if it prevents them from being retrafficked, it prevents the crime of trafficking, for the object of this crime is the person itself.

We made the effort of emphasizing the two aspects of the process—the human rights approach and the criminal law approach—because these are the two opposing approaches represented in the policy making of human trafficking today: the first oriented towards the protection of victims and the recognition of their rights and the second towards border or migration control and criminal prosecution of the traffickers. We believe that by incorporating both these approaches in its goals, social reintegration can be a balanced criminal policy, taking into account the protection of vulnerable victims and the fight against the crime that exploits them.

We perceive this social reintegration not as a mere post-interventive response to crime, as it is often thought, but as a holistic process that is present before, during, and after criminal procedure and therefore dependent on various criteria for its success. For it to be successful, we believe there must be: a well-defined and useful concept of trafficking of human beings, mainly with regard to the position of vulnerability; a successful identification of the victims so they can benefit from the protection allowed to them by criminal procedure; mechanisms of protection integrated into criminal procedure that reduce the degrading effect it tends to have on the victims, allowing for their protection, legal assistance, and support, without demanding their cooperation in the prosecution; realistic and well-adjusted criteria in regard to the return, or not, of the victims to their country of origin, as well as defined obligations for the states regarding the matter of repatriation.

It is a difficult process, with many variables dependent on making it successful and many in need of improvement. However, I believe that through a good understanding of the real circumstances of the victims and effort on the improvement of international criminal policy to humanistic ideas of protection, there is way to unmake trafficking by unmaking the victims.

Rui Caria is a Sylff fellow from Portugal. He is a Phd candidate in criminal law at the Faculty of Law of the University of Coimbra, focused on studying ways to improve the prison and judicial system by bringing knowledge about the mind to criminal policy, making it more humane and understanding of the individual. He is also a teaching assistant, lecturing in economic law at the Faculty of Economics of the same university, as well as an author of fiction.