Fernanda Herrera Lopez is a Sylff fellow currently enrolled in a PhD program at El Colegio de México (Colmex). She was in Mexico City on the day of the magnitude 7.1 earthquake that struck on September 19, 2017. She is a member of the Colmex 19S Committee, which has led relief activities after the earthquake with support from the Sylff Disaster Relief Fund. Fernanda shares her experience and learnings.

Up until last year, September 19 was a date that most Mexicans associated with the year 1985. In the early hours of that day in 1985, a magnitude 8.1 earthquake struck Mexico City, killing thousands of people and bringing together millions more. From that day on, citizens have conducted annual earthquake drills, both for safety preparedness and to remember and honor those who lost their lives.

September 19, 2017, was no exception. At exactly 11:00 am, students, professors, and workers of El Colegio de México (Colmex) heard the seismic alert and evacuated the facilities, as did all the other students and workers in neighboring areas. We then went back to our daily lives without knowing that the next couple of days would be spent away from the classrooms, scrabbling through rubble and helping people in improvised shelters.

The earthquake reached Mexico City at 1:14 pm. Most of us were having lunch in the school cafeteria when we felt the ground shake beneath us. Surprisingly, the alert did not go off right away; we later learned that our proximity to the epicenter in Morelos—just under 120 km away—meant that the warning system could not detect the seismic movement in advance, and it was only as we were leaving the building that the alarm was activated. Once outside Colmex, we heard rumors that some buildings had collapsed, that there were fires due to gas leaks, and that people were trapped inside their homes and offices. Later that day, we found out that the rumors were true; more than 40 buildings had fallen to the ground, taking with them 225 human lives.

The help was immediate: People rushed to pharmacies and bought first aid supplies and water for the survivors. All construction retailing companies donated or sold out basic rescue equipment like shovels, carts, mallets, heavy-duty gloves, and hard hats. People who could not afford to buy medical or construction supplies donated their time and effort, helping remove rubble from rescue sites and preparing and delivering warm meals to volunteers and rescuers. Citizens fought day and night to rescue trapped people and animals. If someone got tired, there was always another volunteer willing to step in. If someone lost hope, there were words of encouragement.

International aid was also prompt, and Mexico welcomed rescuers from El Salvador, Israel, Japan, Panama, Spain, and the United States. Even though we knew that the chances of finding survivors grew slimmer with each passing day, we all kept despair at a distance and focused on assisting the rescue teams as much as we could. Finding people who did not survive discouraged all, but we soon learned from the Japanese that death was also to be met with respect, and we joined them whenever they bowed to the victims.

Two days after the earthquake, we received a very kind email from the Sylff Association secretariat asking if we were all right. We told them that the Colmex community had not been tragically affected and that we were working to help those who were less fortunate than us; in fact, students, professors, and staff had managed to collect and deliver more than 10 tons of supplies and daily necessities to communities in Mexico City and other neighboring states. The Sylff Association then offered to start a fund-raising campaign among its members to help with the relief activities. We were happy to hear this and, subsequently, to receive very generous donations from the Sylff Association, namely, the Tokyo Foundation for Policy Research, the Jadavpur University Sylff Association, and Belgrade University Sylff fellow Marina Stetic. This reinforced our notion that the Sylff network has strong ties based on solidarity and brotherhood and that the interaction among its members goes beyond the mere generation of knowledge and the transmission of ideas. 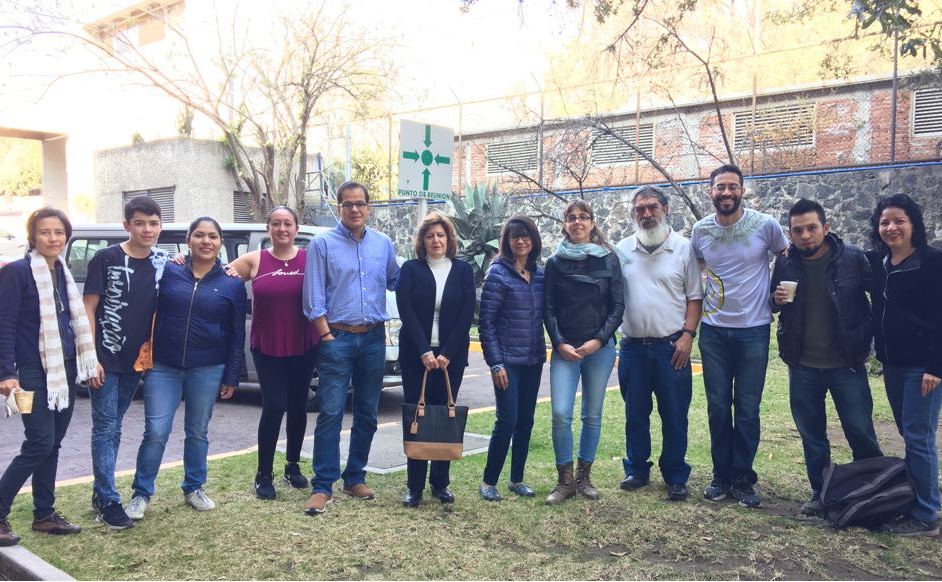 Some of the members of the 19S Committee.

The Relief Fund meant that we could widen our scope of help, but at the same time, it brought with it a greater responsibility to choose and direct the resources. Bearing this in mind, Colmex created the 19S Committee, composed of two full-time professors, Dr. Sandra Kuntz and Dr. Satomi Miura; Laura Valverde, director for Student Affairs; Colmex treasurer Hugo Ortega; Dr. Laura Flamand, vice president of Academic Affairs; and two Sylff members, Erick Serna and myself. Together, we agreed that we would target three underprivileged communities in Mexico City, Morelos, and Oaxaca. This unanimous decision was reached after reviewing several proposals and holding meetings with project representatives and locals. One of our main concerns was that the initially abundant help was slowly running out, yet the survivors had not even managed to make a partial recovery.

Our choice of relief items to purchase was based on the following reasoning: People needed medicine, because the precarious conditions in which they live promote gastrointestinal and eye diseases. Survivors also required winter items like jackets, warm sleeping bags, and tents to deal with the cold, since many of them still lived in temporary shelters.

“We traveled all Friday night and Saturday morning. The truck with the relief items arrived first. By the time we got there, the women of the community—all of them from indigenous groups—had unloaded most of the load. The language they spoke was Huave. Most of the women were accompanied by their children, some of whom were babies. CAMI, a center created by local women organized the delivery of the items. While traveling across San Mateo, we noticed the context of poverty in which the community lives. The town relies on fishing, yet such economic activity is not enough to fulfill the daily needs of its inhabitants. 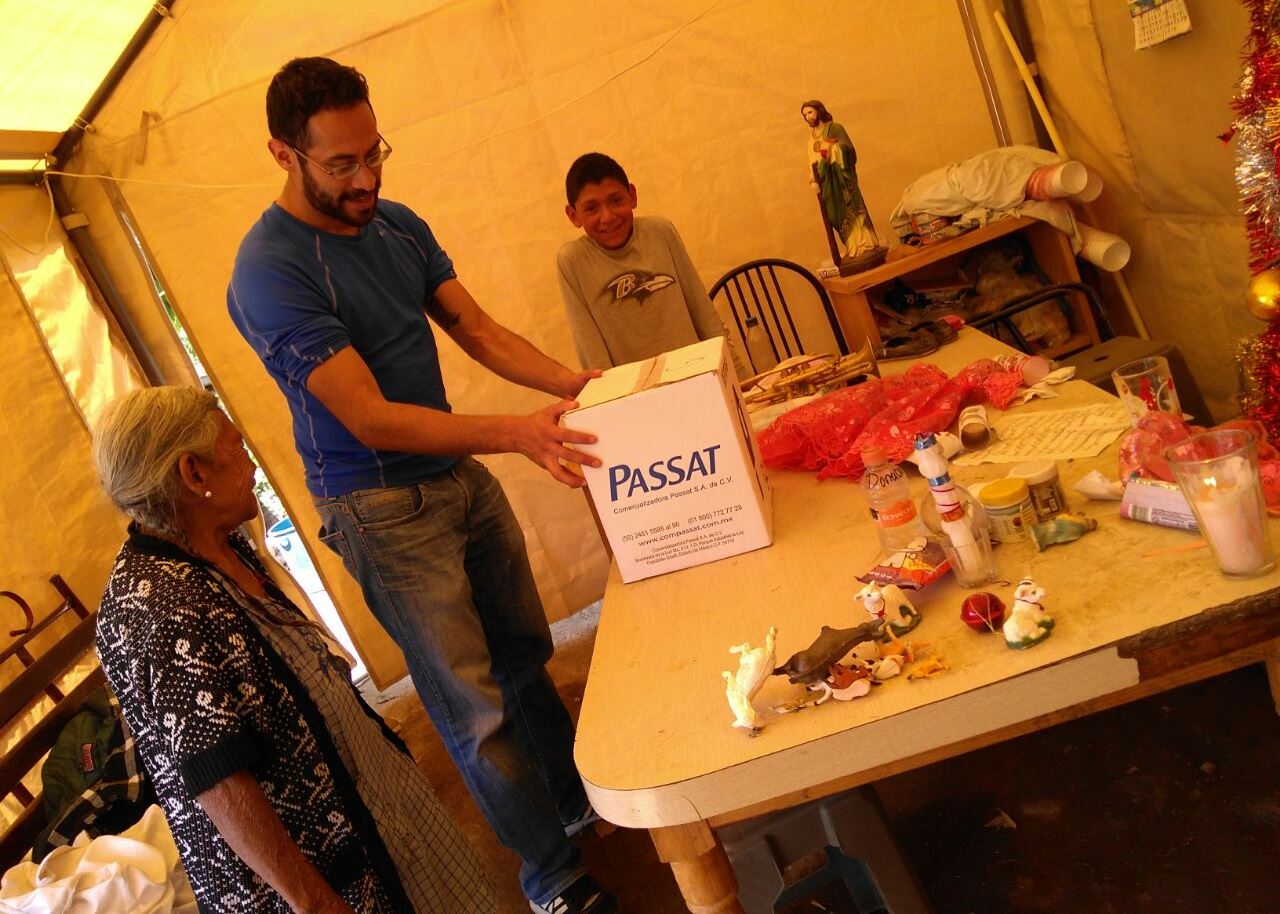 “After visiting San Mateo del Mar, Huejotongo, and San Gregorio, I had many contradictory feelings. I felt grateful to the Sylff Association for allowing me to continue doing social labor. But I learned that sometimes it is very difficult to have a meaningful impact given the social and cultural context in which some communities live. Nevertheless, I found that a little help is better than none, and I hope that we can find more reasons to continue helping our brothers.” 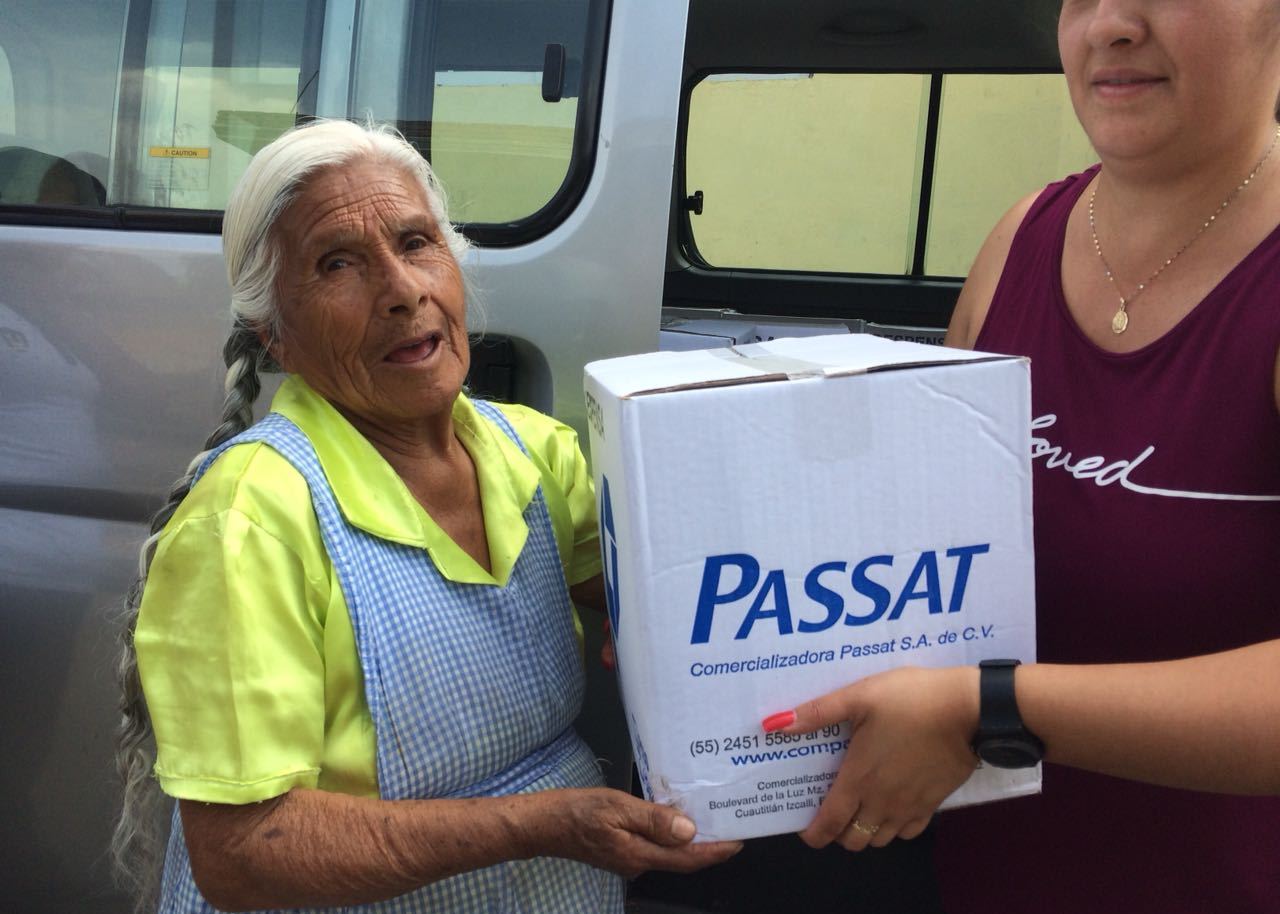 We arrived in San Gregorio early in the afternoon. Two locals guided us through narrow unpaved streets—so narrow, in fact, that we had to leave the vans behind and carry the food packages ourselves. The first community we visited had already begun the demolition of destroyed houses. We delivered daily necessities to villagers and then headed to other communities that were more difficult to reach. 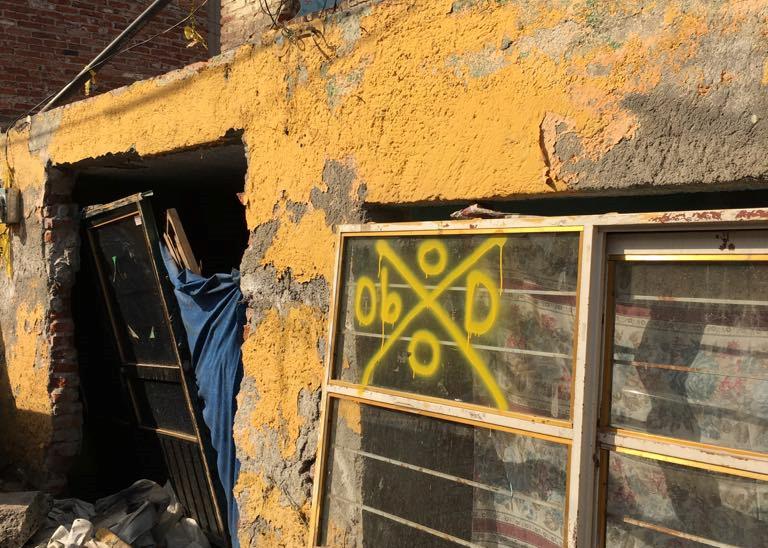 My guide was a civil defense expert. He pointed to a sign painted on the front window of a house and explained its meaning to me: the “6” to the left indicated the number of people who used to live in the house, the “0” on top was the number of people who died on September 19, the “0” on the bottom was the number of animals that lived there, and the “D” to the right indicated that the house was to be demolished. Once I learned this information, I could not help but feel a great sadness whenever we saw a number different than “0” marked on the upper part of a sign.

Since most of the houses in the area were deemed unsuitable for living, the local authorities had asked their inhabitants to relocate elsewhere, but some people continued living there. They explained that they had no money to pay rent elsewhere and that all they ever possessed was right there, even if it had been reduced to rubble. Families appeared to be in greater need than they were in September, because local businesses and factories had closed down due to the earthquake. This meant that the survivors had an extra adversity to face: unemployment. In spite all of this, people continue to have high hopes for the future. I think that, by easing their burdens in the short term, the aid that the Sylff Association kindly provided will allow them to recover.

The lessons we have taken from the earthquake and the delivery of the relief items go well beyond anything we could have learned in the classrooms. In particular, we found that, despite Colmex’s full commitment to improving the social, economic, and environmental conditions of Mexico through theoretical and applied research, there is still much to learn from people whose voices we had not heard before. We are indebted to the Sylff Association for providing invaluable help to the survivors of the earthquake and for bringing us closer to them. We hope that joint efforts like these will have lasting impacts on all the agents involved.

Fernanda Herrera is a 2016 Sylff fellow currently enrolled in the PhD in Economics program at El Colegio de México. Her interest is the dynamic modeling of random phenomena like migration and elections. Fernanda was in Mexico City on the day of the 8.1 earthquake and engaged in relief activities with support from Sylff Disaster Relief Fund