In this article, written by the executive director of the Tokyo Foundation for Policy Research when the sixth Voices booklet was published, reaffirms the Sylff program’s founding vision and urges all to become active members of the Sylff community.

This special issue of Voices from the Sylff Community (volume 6) highlights the many new initiatives that have been launched to commemorate Sylff’s thirtieth anniversary in 2017. Having been closely involved in the program since its very inception, I am happy to see how Sylff has grown into an important fellowship program that has helped nurture leaders around the world.

Some of the most prestigious international fellowships three decades ago—such as the Fulbright and Rhodes Scholarships—were national-scale programs that offered outstanding foreign students an opportunity to spend time in the country of the fellowship provider and gain a deeper appreciation of the country’s customs and values.

The guiding principles behind the launch of the Ryoichi Sasakawa Young Leaders Fellowship Fund were similarly centered on supporting the development of future leaders. But rather than focusing on Japan—the country of the donor—Sylff sought to cultivate respect for diversity. Mr. Ryoichi Sasakawa, the late founder of the Nippon Foundation, was keen on nurturing leaders who would work for the common good of all humankind, transcending differences in religion, culture, ethnicity, political systems, and levels of economic development. So Sylff endowments were donated to universities marked by dynamic growth and a diverse, open-minded student body, regardless of the institution’s country, size, or history. Sylff administrators were asked to select fellows not according to a uniform, global standard but on the basis who, in their minds, were most likely to bridge narrow differences and make a positive contribution to their respective communities, regions, and countries. 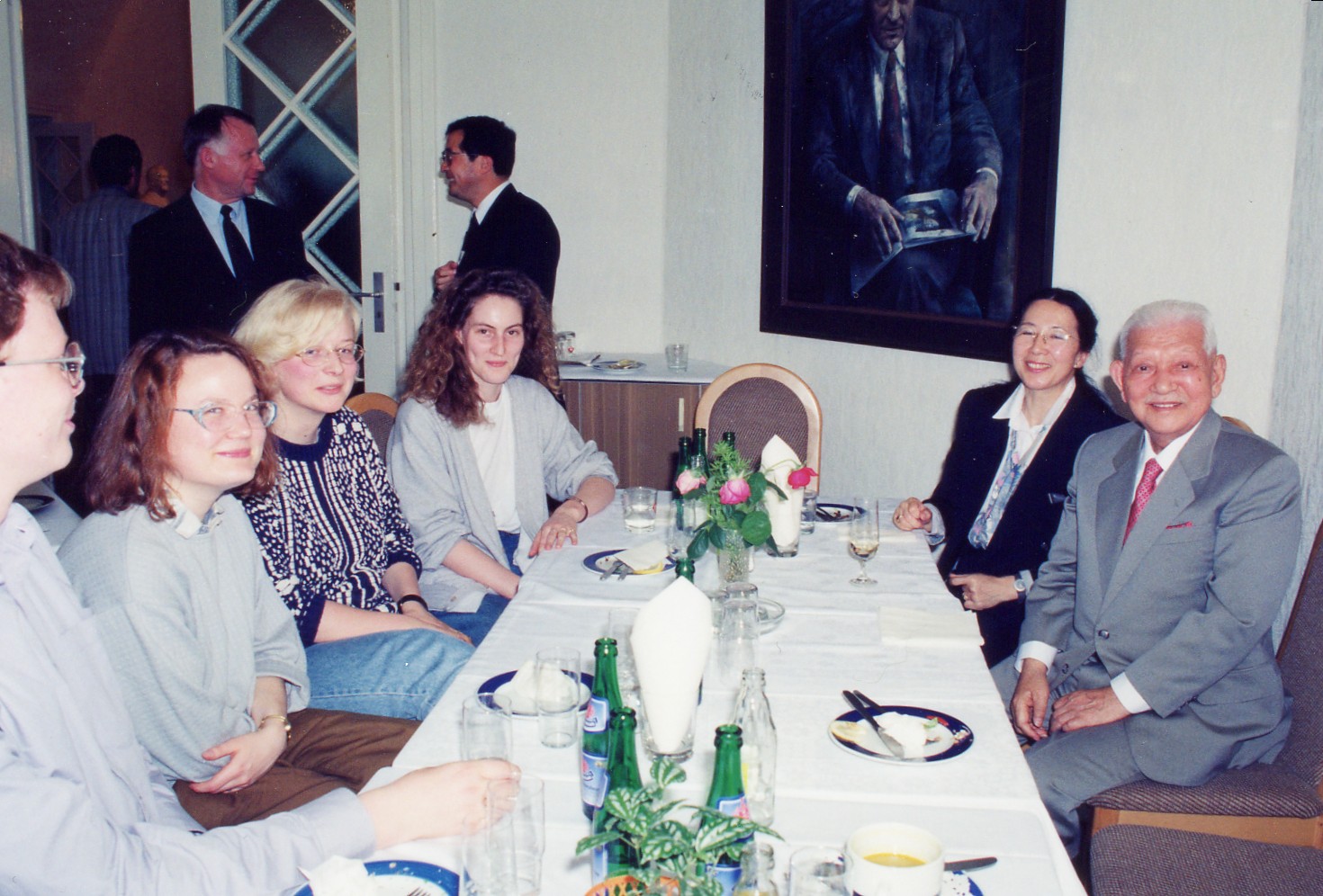 The first institution to receive a Sylff endowment of US$1 million was the Fletcher School of Law and Diplomacy at Tufts University. Today, 69 institutions in 44 countries have become members of the Sylff community, providing fellowships with income generated from investing their respective Sylff funds. The amount generated by investing $1 million may have been sizable 30 years ago, especially for developing countries, but as living standards rose with the growth of their economies, the fellowship amount, regrettably, is no longer regarded as being particularly generous. Some universities have been able to overcome this problem by skillfully retaining and reinvesting their Sylff income to expand their capital more than eightfold; they are now able to disburse hundreds of thousands of dollars in Sylff fellowships each year.

The difficulty of generating sufficient investment income has been compounded by the Lehman crisis and the low interest rates that have prevailed since then. As a result, the amount provided as fellowships has dropped markedly at around half of all Sylff institutions, further eroding Sylff’s competitiveness. To break this vicious cycle, the Tokyo Foundation for Policy Research (known as the Tokyo Foundation before spring 2018) has—in consultation and partnership with the Nippon Foundation—devised a means of disbursing a guaranteed amount each year to students at Sylff universities. Under this “new financial scheme,” the Sylff funds of participating institutions will be pooled and invested by the Tokyo Foundation for Policy Research, and fellowships will be provided directly to graduate students nominated by the steering committees.

When we surveyed the many fellowships available three decades ago, we found that while many government and corporate scholarships existed to support students in the natural sciences, few offered funding for students in the humanities and social sciences. This was another factor behind the decision to direct Sylff fellowships to graduate students in these fields, especially those undertaking research from an international, interdisciplinary perspective.

What qualities do we seek in a Sylff fellow? There is no single answer to this question, as the type of leader society needs will invariably change with the times. While academic excellence is an important asset, it alone is no guarantee of leadership potential. What we look for is an ability to navigate the increasingly complex and interconnected problems confronting modern society; to understand and respect differences in culture and values; and to work for the common good of humankind. We want each of the 69 Sylff institutions in 44 countries to identify future leaders best suited to addressing the issues faces by their respective communities and regions. We have, accordingly, asked some universities to adjust their selection policies in line with this basic aim. Sylff is not a needs-based scholarship, nor should it be turned into a tool to advance government policy. I hope that administrators will keep in mind Mr. Sasakawa’s vision of nurturing leaders who will bridge differences and bring the world closer together as one family.

Sylff and NF-JLEP Association members at the April 2018 gathering in Tokyo to commemorate the launch of the Tokyo Foundation for Policy Research.

The Sylff Association was launched in August 2017 in commemoration of Sylff’s thirtieth anniversary. Its members include the over 16,000 current and graduated fellows, the steering committee members at all 69 Sylff institutions, and the staff members of the Nippon Foundation (donor) and the Tokyo Foundation for Policy Research (secretariat). The Association creates a single identify for all Sylff stakeholders, and I hope that we will forge even closer ties in the years ahead.

Being chosen a Sylff fellow therefore automatically confers membership in the Association and eligibility to apply for the many support programs the Association offers. The secretariat is now busy developing additional programs and inviting applications. I hope everyone will become an active member of our Association, and by this I mean not just as a recipient of support but—in keeping with Sylff’s founding vision—also by offering to support others, either financially or in the area of their expertise.

I hope we can grow into a more closely knit Sylff community, sharing our knowledge and skills to build a world marked not by division but by understanding. I look forward to hearing about your research and social engagement activities through our online communication tools, as well as in person whenever you are in Tokyo, so that we can work together to make the Sylff Association a truly valuable network of socially engaged leaders.

I love keeping up with the news about The Nippon Foundation. I travelled to Japan twenty five years ago as a student on a SYLLF Scholarship and met with Ms. Sanae Oda. I am happy to hear that Ms. Sanae is still with The SYLFF organization. She was the most courteous, kind and welcoming professional I have ever met,. To this day I have never forgotten her. I am now a professional teacher in the United States and I continue to do Social Action projects. I have been greatly influenced and motivated by the experiences with the Nippon Foundation and I am ready to offer my teaching expertise to others who may need it. How can I reconnect with Ms. Sanae Oda? -Agnes Kariuki (Sylff fellow, 1992-94, Nairobi University)-

Dear Agnes, I 'm delighted to hear from you and know you are doing very well. I'd like to reconnect with you, and here is my e-mail address. Please contact me directly any time. I look forward to hearing from you soon. Best wishes. -Sanae Oda (oda@tkfd.or.jp)-