The Sylff Association Secretariat is pleased to share news that Chika Ezeanya-Esiobu, a 2009–2011 PhD Sylff fellow at Howard University, has been named one of the world’s 100 Most Influential People of African Descent (MIPAD) in the category of “Religious and Humanitarian” in 2019. 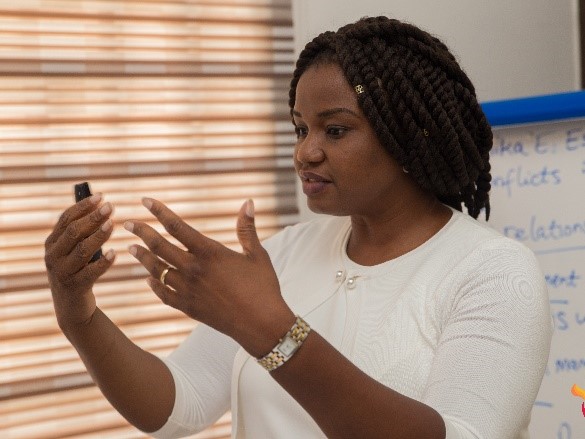 MIPAD’s mission
is “to recognize the positive contributions made by people of African descent, worldwide” and to “build a progressive global network of civil society actors to join together and support the implementation of the International Decade for People of African Descent, 2015–2024, as proclaimed by the United Nations General Assembly Resolution 68/237 and now officially recognized by the African Union (AU).”

Ezeanya-Esiobu completed her PhD degree in African Development and Policy Studies at Howard University in 2011 before joining the faculty of the University of Rwanda, where she is currently a senior lecturer/researcher. As a Sylff fellow, she organized a workshop on leadership and character development for young Rwandans in 2016, funded by Sylff Leadership Initiatives (SLI).

She recently published Education and Indigenous Knowledge in Africa with the support of the International Development Research Center Canada, an open access book that has been very well received across universities and colleges in Africa. She is also being recognized beyond academia, appearing on a TED talk on “How Africa Can Use Its Traditional Knowledge to Make Progress.”

Congratulations on being named an influential global leader, and we wish her even greater success in her future endeavors.