Insights into the Dynamics of Diplomacy in the Future

Didzis Kļaviņš, a Sylff fellowship recipient in 2012, is a senior researcher at the Faculty of Social Sciences and Advanced Social and Political Research Institute, University of Latvia. He is currently conducting a research project on the transformation of diplomacy in the Baltic and Nordic countries. The aim of the comparative research is to analyze the nature of the changes in the ministries of foreign affairs in six countries: Estonia, Latvia, Lithuania, Sweden, Denmark, and Finland. In this article, Kļaviņš shares a number of observations from his ongoing post-doctoral research project.

During the last two decades, changes in diplomacy have been widely observed. Commercial diplomacy, digital diplomacy, and city diplomacy are just some of the types of diplomacy that characterize the scale and variety of changes. Although sometimes it may seem as though diplomacy—as an instrument of foreign policy and diplomatic practice—has accordingly experienced significant changes or is experiencing them right now, diplomacy development trends in recent years prove that the largest changes are still to be expected. The issue is related with the readiness of each country and its ability to adapt to such changes. By taking the multifaceted nature of international relations and unpredictability into account, this article aims to raise some of the main issues in diplomacy, the meaning of which will continue to grow and require increased attention in the coming years. 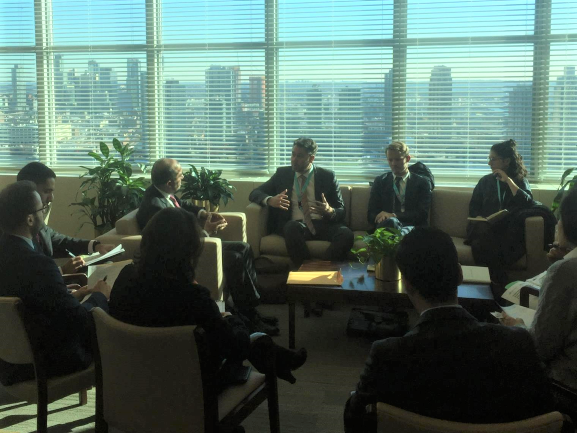 Undeniably, in the future, new solutions in technology and communications will significantly change the nature of diplomatic communication. Operativity in the circulation of information and the availability thereof will change the dynamics of diplomatic work by requesting an even faster response on the part of foreign affairs services. More attention will also be paid to the selection of information and the verification of facts by using the newest technological solutions. Moreover, the integration of the information technology (IT) infrastructure of foreign affairs services with the IT systems of other governmental institutions will be one of the most current issues. There is no doubt that the introduction of new technological and communication solutions in each and every ministry of foreign affairs (MFA) will require large investments of financial means in comparison to the benefits acquired by society from the use of such technologies in foreign affairs.

Significant changes in MFAs will be determined by the solutions of artificial intelligence, which are now enjoying their victory procession in the field of technologies and which are used more and more in the improvement of public administration work. It may be that in the coming years, the use of AI in foreign affairs will significantly affect the work of diplomatic and consular services. Already now, the solutions offered by artificial intelligence indicate that changes will be revolutionary. Machine learning, neural networks, virtual assistants, and chatbots will not be unknown in diplomacy, a prediction that is backed by the research published and forecasts expressed during recent years. Thanks to innovative methods and algorithms that efficiently process large amounts of data and ensure significantly high speed, one of the main benefits of AI will be the automation of processes. Although for the time being AI hardly appears on the agenda of foreign policy as indicated by Ben Scott, Stefan Heumann, and Philippe Lorenz (2018), this situation will rapidly change in the very near future, and AI will become one of the central themes in the creation of foreign policy, including the modernization of diplomatic practice. 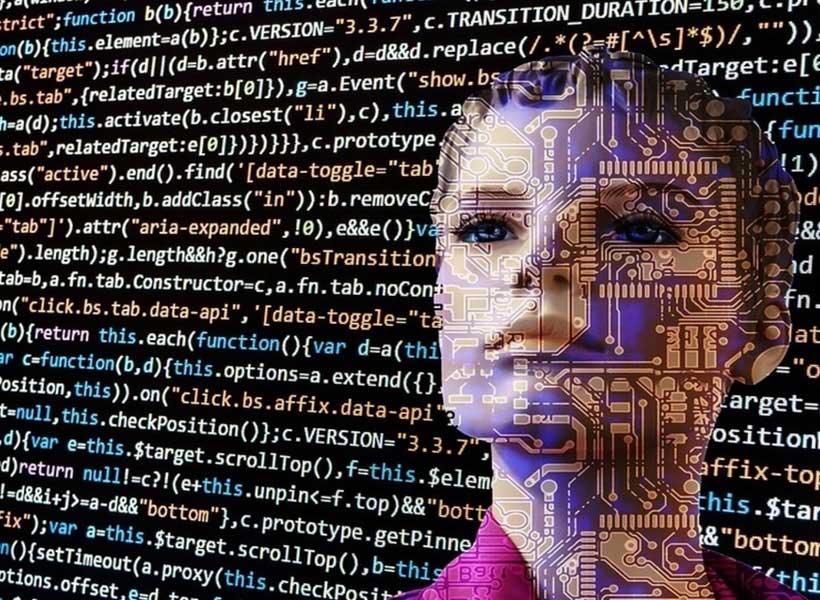 Bearing in mind the current development of artificial intelligence, it is important not to postpone looking at the issues of how it might be possible to better integrate AI with the needs of the MFAs.

It is also quite possible that many countries will begin by using AI solutions for the needs of the consular service, commercial diplomacy, and public diplomacy. Examples include the provision of information regarding the work of the consular service, help in emergency situations abroad, safe travel, export possibilities abroad, and the formation of the state image via a virtual assistant or chatbot. The possibility cannot be excluded that AI solutions will be used in the management of crises. In general, the rapid development of technologies and diverse innovations will require a more operative response and operation of the MFAs. It will mean in turn that the possibilities of communication technologies will allow society and mass media to request even faster and more decisive foreign policy actions from the ministries and governments in general, including more operative activities by the foreign affairs services.

The Significance of Diplomacy in Public Administration

Although nowadays more or less every government  ministry and agency directly cooperates with other public administration institutions, it is predicted that in the future even more involvement in the coordination of foreign policy issues and involvement of other state institutions in solving external issues will be expected from every MFA (Rana 2011; Hocking, Melissen, Riordan, and Sharp 2012, 2013). With regard to the provision of support to other state institutions, great importance will be given to the use of the “whole of government” approach (WGA) in the formation of international issues and administering of public administration. It for the MFA to no longer perform the “gatekeeper” role between foreign policy and interior policy and to become a support institution or a platform for other public administration institutions instead. The types of support may vary from the coordination of interinstitutional issues to servicing all government institutions. Tom Christensen and Per Lægreid (2007) are just two of the well-known WGA researchers who underline the significance of horizontal coordination. In the future, many MFAs are expected to focus on coordinating foreign policy issues between the institutions involved; this is in line with the nature of the national diplomatic system, namely, the MFA as a part of the wider governmental system in the implementation and coordination of foreign policy issues (Rana 2011; Hocking, Melissen, Riordan, and Sharp 2012, 2013; Hocking and Melissen 2015; Hocking 2016, 75).

Dynamics of Change in Diplomatic Representations

Looking at the possible development of diplomacy, it may be predicted that employees in diplomatic missions abroad will have to deal with wider themes—for example, use of the newest communication technologies in the creation of the country’s image, use of artificial intelligence in the promotion of national competitiveness, and the formation of science and innovation diplomacy—which means acquiring new and diverse knowledge. Emphasis will also be placed on the implementation of WGA, which in turn means that employees from other ministries and agencies will be working more and more in embassies and other representations. It may be further predicted that the functions of ambassadors will become broader, because they must also support the activities and operations of the representatives of other institutions in the host country along with new agenda issues in foreign affairs. According to Kishan S. Rana (2011, 136), an ambassador will fulfill the role of the leader of the state team abroad. There is no doubt that diplomats abroad will have to be even more involved in the creation of the country’s image by using innovative communication solutions, including AI technologies.

The importance of public diplomacy will also become more topical. Along with the foregoing, diplomatic services will be required to promote economic and commercial diplomacy even more. In order to be able to promote export growth and attract investments, the MFAs will be forced to more actively use the accrued contacts and communication with representatives of the diaspora. The study by Ieva Birka and Didzis Kļaviņš (2019) on the role of diaspora diplomacy in the Baltic and Nordic countries is a good example of the importance of dialogue with diaspora communities abroad, including launching initiatives for growth and export purposes.  It is predicted that in the future, all abovementioned activities of the diplomatic service will be more deeply integrated with the model for performance management and activity reporting.

By projecting the transformation of diplomatic practice in the coming years, it may be predicted that, in general, diplomacy that includes a variety of themes and functions—which is described as integrative diplomacy in the literature—will become dominant (Hocking, Melissen, Riordan, and Sharp 2012). Demand for the proactive service of foreign affairs and the implementation of WGA will promote structural and functional changes in the MFAs of many countries. Taking into account the fact that services will become even broader, it cannot be denied that one of the innovations could be the establishment of more and more specialized ambassadorial positions (for example, the designation of Tech Ambassador in Denmark). It may also be predicted that more external experts will be attracted to the field of strategic communications and creation of the country’s image. 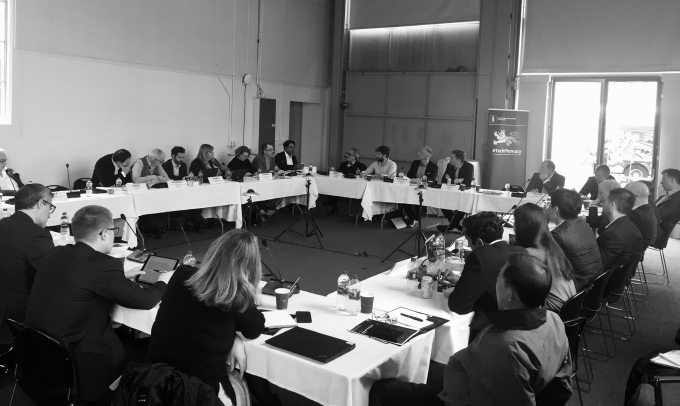 Since September 2017, Casper Klynge is the first Tech Ambassador in Denmark and the world to be spearheading the government’s decision to elevate technology to a foreign policy priority as part of the Danish “TechPlomacy” initiative. (Photo courtesy of the Office of Denmark’s Tech Ambassador, Ministry of Foreign Affairs of Denmark)