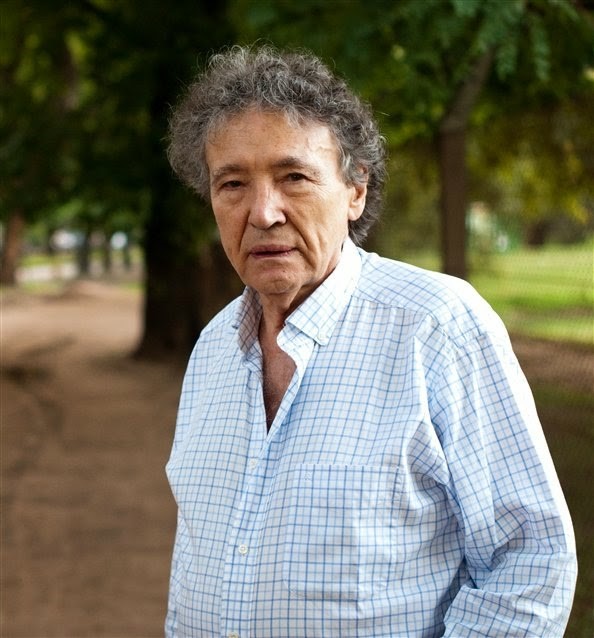 The problem of subjectivity and the study of its processes has been one of the central axes of contemporary thought. The works of important philosophers of the last half century, such as Michel Foucault, Gilles Deleuze, and Felix Guattari, to mention some of the most distinguished names, have been dedicated to the study of different aspects of this problem, elaborating some of the most extended interpretative frameworks in the field of current thought.

The theoretical importance acquired by the question of subjectivity is related to the emergence of social problems that challenged both philosophical thought and the human sciences in the historical period beginning in the early 1970s. These problems include changes in cultural identities due to the intensification of migratory processes, modifications in workers’ identities as a consequence of the processes of deindustrialization and productive reconversion of vast territories, the impact on subjectivity of the massification of consumption and access to credit, impacts of the growing incorporation of women into the labor market, youth cultures, and the emergence of authoritarian, antidemocratic, and conservative attitudes. The relevance and urgency of understanding these social phenomena in a deeper way was one of the first motivations I had to place my doctoral research in the field of studies on subjectivity. 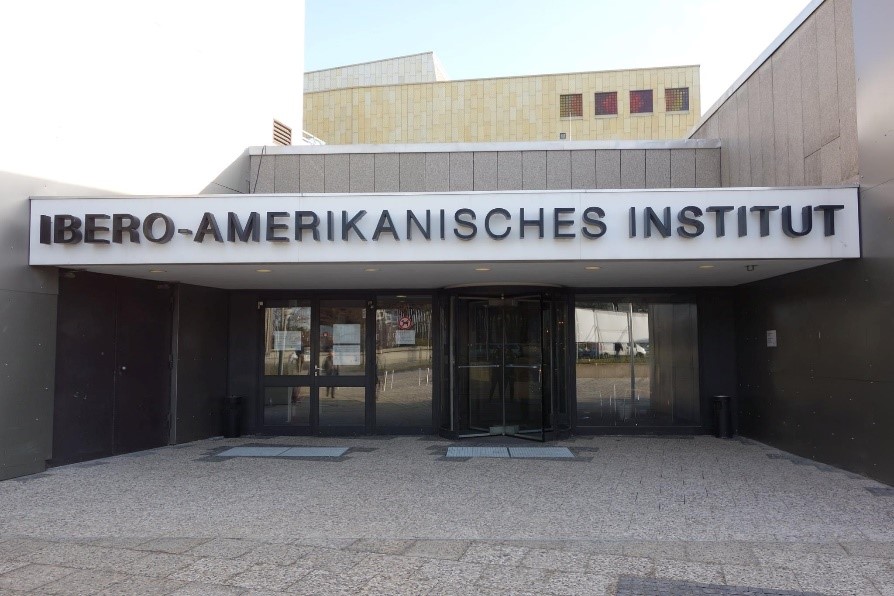 The entrance of the Ibero-American Institute in Berlin, Germany.

However, the existing international division of intellectual work has meant that the predominant theoretical frameworks for addressing the problem of the production of subjectivity are mainly Euro-American and that even within Latin America the theoretical elaborations developed by local thinkers are unknown or undervalued. Academic interest in Latin America is concentrated on topics linked to its socioeconomic problems, to indigenous populations, or to cultural productions such as literature, music, and cinema. Nevertheless, with rare exceptions, thought and philosophy produced in the continent are ignored beyond small circles of specialists. Even today, Eurocentrism remains a deep-rooted problem in the humanities and social sciences, and this is another one of the reasons that led me to focus my doctoral research on the study and enhancement of Latin American thought on the issue of subjectivity based on the work of León Rozitchner, an Argentine philosopher whose theoretical work on this issue deserves to be better known and disseminated.

The research that I am developing aims to contribute to the knowledge of Latin American reflection on the problem of the production of subjectivity from the second half of the twentieth century onward. Specifically, the object of study of this doctoral thesis is the problem of the production of subjectivity in the work of León Rozitchner, who made substantial theoretical elaborations on this problem despite the scarce references to his work in the field of studies on subjectivity in the continent and in the field of contemporary philosophy. 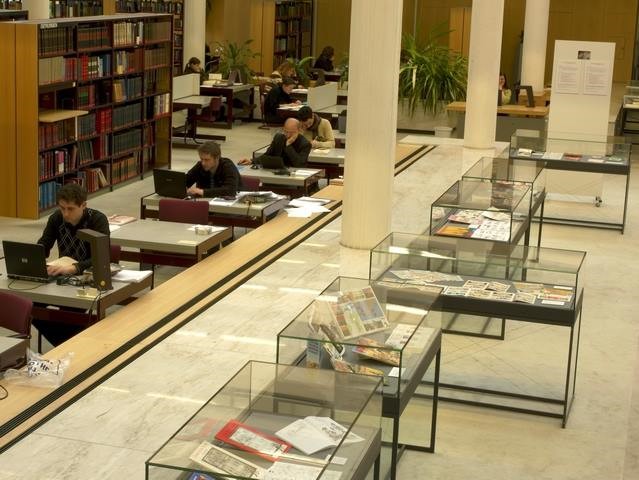 Reading Room of the Ibero-American Institute.

León Rozitchner was a philosopher and psychoanalyst who lived between 1924 and 2011. He studied in Buenos Aires as well as in Paris, where he made contact with the generation of philosophers who dominated the French cultural field after World War II, such as Jean Paul Sarte, Claude Levi-Strauss, and Simone de Beauvoir. Because of the military dictatorship that ruled Argentina between 1976 and 1983, Rozitchner had to go into exile in Venezuela, where he continued his intellectual work at the Central University. In 1985 he returned to Argentina, and until the end of his life in 2011 he worked as a professor at the University of Buenos Aires. His philosophy focused on the problem of subjectivity and the mechanisms through which it is constructed. His work brings together elements of psychoanalysis, phenomenology, and Marxism, with which the author elaborates an original and solid philosophical proposal. Among his main books are Freud y los límites del individualismo burgués (Freud and the limits of bourgeois individualism, 1972), Perón: Entre la sangre y el tiempo (Between blood and time, 1985), La cosa y la cruz: Cristianismo y capitalismo (en torno a las Confesiones de San Agustín)

(The thing and the cross: Christianity and capitalism [Around the Confessions of St. Augustine], 1997), and Materialismo ensoñado (Dreamlike materialism, 2011).

With this research, I intend to develop a study of the complete work of this thinker that will allow us to determine the treatment he gave to the subject throughout his intellectual journey, as well as to establish the axes that articulated his reflection and the continuities and ruptures in his theoretical production on the problem in question. Also, the research seeks to establish the passages between his thought and the social, political, and cultural processes of Argentina and the continent in the historical period during which he developed his work and to reconstruct the positions he occupied in the intellectual field of which he was a part. Furthermore, this work aims to install this representative of Latin American philosophy in contemporary discussion, by making his work engage in a dialogue with the most renowned intellectuals in the field of thought, specifically with those who have dedicated themselves to reflection on subjectivity.

Meanwhile, beyond these objectives in the academic field, this research has a wider purpose, which consists of contributing to knowledge of relevant aspects of the current human condition and providing elements for public debate on some of the most pressing contemporary social problems. The processes of production of subjectivity are at the base of many of the phenomena that concern thinkers and citizens in general, such as the authoritarian inclinations of certain social groups; the relationship of social subjects with politics; cultural identities; and the individual and collective effects of changes in the sphere of work. The proposed research will make a contribution in that it will generate new knowledge in a study field that helps to understand these complex social phenomena. This research, therefore, will not only strengthen an academic domain of study but will also provide elements for public deliberation by offering modes of intelligibility of social processes of general interest.

In the course of this research, I have been supported by the Sylff Research Abroad program, which allowed me to spend three months at the Ibero-American Institute (IAI) in Berlin and access a huge amount of bibliographic and archival material that is inaccessible in Chile. The IAI, founded in 1930, is an interdisciplinary research and documentation center on Latin America, the Caribbean, Spain, and Portugal. The institute has the largest European archive on the Latin American world and receives tens of researchers from different parts of the world every year.

In addition, this research stay allowed me to meet and interview academics and researchers dedicated to Latin American thought and present the results of my research to teams of specialists. All this enriched my research process and helped me to advance in the elaboration of my thesis. Therefore, I am grateful to the Sylff Association for supporting researchers who have social commitments and whose research seeks to contribute to the strengthening of democracy, social justice, critical thinking, and democratic dialogue.

Academic supervisor: Ph. D. Grínor Rojo de la Rosa
Current affiliation: University of Chile
Academic achievements, social engagement initiatives:
I am a sociologist graduated in the University of Valparaiso, Master and Ph. D candidate in Latin American Studies from the University of Chile. My lines of research are related to Latin American social and political thought, the sociology of culture and of intellectuals and feminist thought. Since 2010 to date I have been teaching at Chilean universities and since 2012 I coordinate the Ideas and Intellectuals in Latin America Task Force that meets at the Chilean Sociology Congress every two years. My academic work includes the publication of articles derived from my research as well as the editions of collective publications in academic journals dedicated to Latin American thought. I am currently studying a doctorate in Latin American Studies at the University of Chile and I am a Fellow of the National Commission of Science and Technology (Conicyt) of the Government of Chile. In addition, I am socially engaged in Chile through my participation as a member of the Nodo XXI Foundation (www.nodoxxi.cl), a non-profit organization whose aim is to contribute to the strengthening of social and political forces working for justice and the deepening of democracy in Chile through the promotion of dialogues, debates, the training of leaders and the development of studies and public policy proposals. Specifically, I develop my work in the Foundation in the project "Feminist Dialogues" and as editor of the magazine Cuadernos de Coyuntura.