What COVID-19 Can Teach Us about Prison: Reflections on Criminal Policy and the Words of Albert Camus

Rui Caria, a PhD candidate in criminal law at the University of Coimbra, summarizes the ongoing discussions about the confinement of prisoners under the COVID-19 pandemic. He discusses the human dignity of prisoners and the purpose of prisons and punishment by drawing on ideas that Nobel Prize winner Albert Camus describes in his famous novel The Plague.

During my second semester, like many others, I had my life put on hold by COVID-19. I was sent to work from home, and class lectures were provided by Zoom, allowing me to keep studying by looking through the tiny box that is my computer screen. As much as one tries to halt the fall of productivity, it eventually gives way to reflection; one that is personal as much as social. By looking at the other tiny box that is my TV, I could watch the news and learn about all the people who found themselves confined.

During quarantine, I found it fitting to reread a novel by one of my favorite authors: The Plague, by Albert Camus. It made me realize that the most fortunate of us were confined at home; others, not so fortunate, were confined in the places where they had made their travels. But there was a third category of confined, one that is seldom talked about: prisoners.

To Release or Not to Release?

Across the world, there was a great discussion about what to do with prisoners during the pandemic, the question being whether they should be released or not in order to minimize the risk of a health catastrophe in prisons. The importance of the issue was highlighted by various entities, from the World Health Organization (WHO) to the Council of Europe. The debate had to grapple not only with the big question itself—to release or not to release—but also, if the question is to be answered affirmatively, on what grounds they should be released.

Regarding increasing releases from federal and state prisons, some suggest considering the following for immediate release: inmates nearing the end of their sentence (who are expected be released in the next few months); those in minimum security facilities and who are on work release; those who are medically fragile or are older; and those whose offense is considered “minor” or have a “low likelihood” of committing another serious offense.[1]

Many prisoners have sought compassionate release—the release of people who are facing imminent death and who pose no threat to the public. But this has proven a lengthy and cumbersome process, some of the shortcomings being the requirement that a person be extremely close to death or so incapacitated that they do not understand why they are being punished; the requirement of a statement from a medical professional; and the ability of decision-makers to overrule recommendations from medical professionals and prison staff.[2]

Some have pointed their finger at the new policies to release prisoners, calling them opportunistic political moves to try to solve the problem of prison overcrowding that preceded the pandemic. But this was only one of the many outcries from the public regarding the release of prisoners.

The WHO has pointed out that due to the concentration of people that is inevitable in prisons, inmates find themselves in a state of special vulnerability regarding COVID-19.[3]

However, the virus is not the only problem, or it would be a smaller problem if it were not for the poor health of inmates. The WHO has also noted that inmates, regardless of the pandemic, already tend to suffer from graver health issues than the general population. These health issues stem from weakened immune systems, caused by lack of sunlight, stress, malnutrition, and such diseases as tuberculosis, from which inmates particularly suffer. 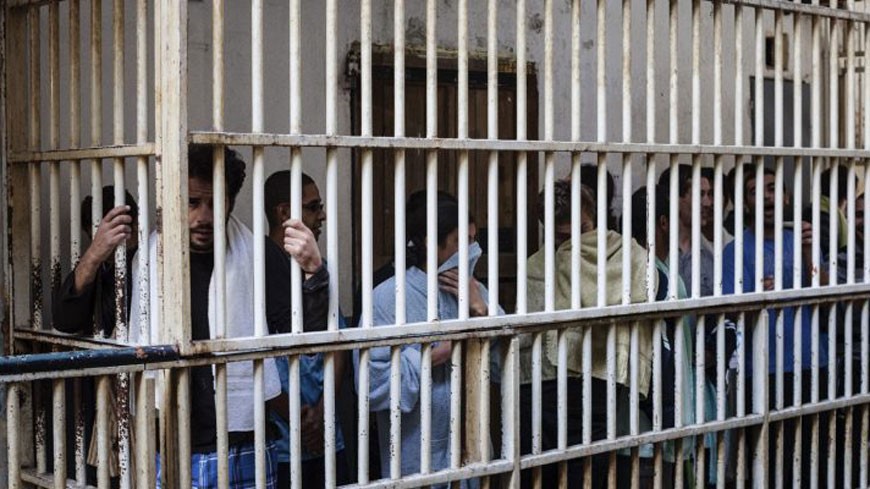 One of many overcrowded prisons in the world.

Adding to the health problems that exist—and have existed for a long time—in prisons, the environment itself makes social distancing impossible. Compared to cruise ships and nursing homes, two other types of environments considered prominent incubators for the virus, prisons possess comparable or smaller quarters and people do not have in-room access to the necessary hygiene products and water.[4]

This situation is made worse by the fact that many prisons suffer from overcrowding and poor overall conditions and that prisoners are put in collective cells that are too small. Many of these situations have already reached the European Court of Human Rights and suffered their condemnation.[5]

Why Punish and When Do We Stop?

The discussion also made the public ask itself, even if subconsciously: Why do we punish? What are the limits of punishment? When is punishment over?

In Portugal, when the state intervenes by utilizing criminal law—that is, when it criminalizes any behavior and punishes it—it must do so in obedience to the constitutional principle of necessity. This means that criminal law comes forward not arbitrarily but only to protect lawful values inscribed in the constitution or derived from it. These are values that correspond to the necessary conditions for the individual’s free development, to the realization of his fundamental rights, and to the sound functioning of a society built around these goals.[6]

This means that criminal sanctions serve the purposes of protecting lawful values and aiming to socially rehabilitate the offender. Both these purposes are considered when determining the length of the prison sentence. 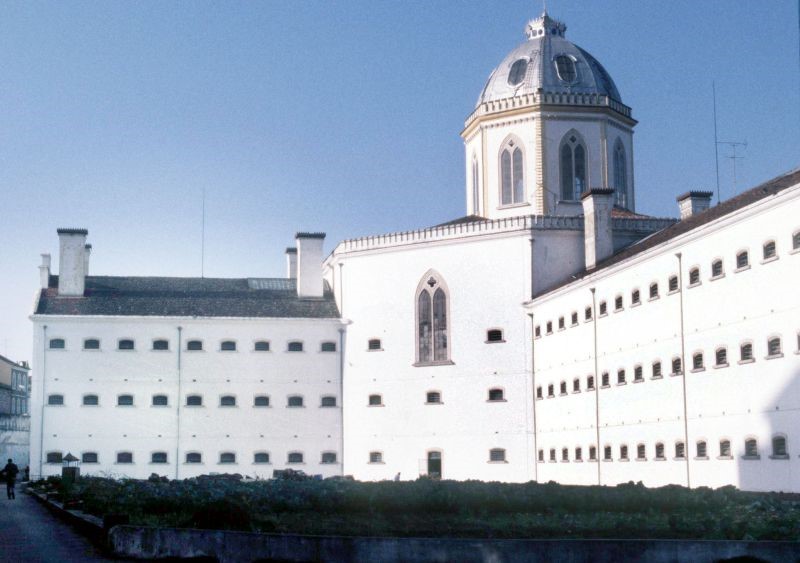 Prison of Coimbra in Portugal.

Despite being inscribed in the criminal code as one of the purposes of the prison sentence, social rehabilitation often seems not to be a priority, its failure being one of the weapons utilized to argue the failure of criminal law. One needs only to look at the lack of conditions from which prisons suffer to observe, as many criminologists have already noted,[7] that in many cases it dissocializes more than it socializes.

This fact, combined with the perception that the public has of prison, helps cement the popular idea that people should not leave prison before the time prescribed in their sentence, that they should be punished until the end, for there is no chance they will be rehabilitated before that. With these ideas in mind, it easily arises in the public discourse that someone who has committed a crime is a criminal forever and so should be forever punished, without the opportunity for rehabilitation, for there is no chance of it happening.

The Prison and Plague

In his famous book The Plague, first published in 1947, the Algerian-born French philosopher and Nobel Prize winning writer Albert Camus tells the story of the fictional town of Oran, which is stricken by the plague.

In his story, the people of Oran are confined to their town and homes because of this plague. At one point, Camus reflects on how their condition is equal to that of exiles and prisoners: “Thus, too, they came to know the incorrigible sorrow of all prisoners and exiles, which is to live in company with a memory that serves no purpose. . . . Hostile to the past, impatient of the present, and cheated of the future, we were much like those whom men’s justice, or hatred, forces to live behind prison bars.”[8] 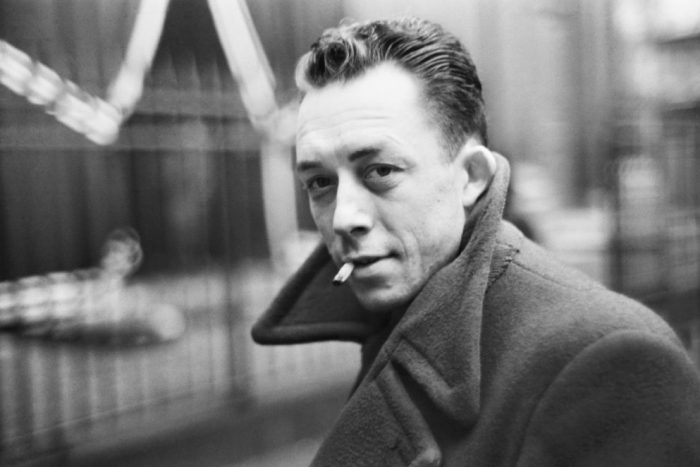 There could not be a better description of what many of us went through in the past months of the year 2020 due to the pandemic. However, even if we felt like this, with different words but with the same feeling, parted from family, friends, and lovers, did it serve to make us reflect? Did it make us more compassionate and understanding of our fellow man?

The discussion surrounding the release of prisoners during the pandemic is, in my understanding, of special importance. It had the capacity to bring the topic of prison and inmates back into the public eye—even if briefly and amid the greater concerns of the pandemic, in which we are still living. In this way, it allowed for the public to be made aware, once more, of the special vulnerability of inmates that derives from their poor health and the poor prison conditions in which we keep them, even in the twenty-first century.

However, despite being made aware of the problems faced by inmates, and sharing the feeling of confinement, the public response to releases during the pandemic was still stained, for the most part, with intolerance. Besides the already mentioned accusations of releases being a “quick fix” for the prison overcrowding problem, less elaborated arguments could be summed up in the following statement: “Prisoners should stay in prison.” It was even possible to hear some people saying that not only should prisoners not be released earlier, or on time, but they should stay in prison forever.

This sort of speech was not novel or exclusive to the pandemic. That specific discussion was only a symptom of a greater problem: the way society still conceptualizes punishment. I had the opportunity to witness this firsthand. In the summer between the two years of my master’s degree in criminal law, I worked as a tour guide in an exhibition dedicated to celebrating 150 years since the abolition of the death penalty in Portugal. It was not uncommon to hear people say that it was a mistake to abolish it and that it should be brought back.

Of course, this is the extreme end of that sort of speech, but it is common for people to think about prison as nothing more than punishment, as if the more suffering is inflicted, the more justice will be done. In today’s criminal doctrine, at least in the European continental tradition, the conceptualization of prison as pure retribution is largely obsolete. Prison is not supposed to aim at the past, punishing the offender as an incarnation of divine retribution, but should be aimed at the future, in helping him live his life responsibly without committing crimes by socially rehabilitating him.

Offenders, despite having committed crimes, are meant to be treated as human beings, being recognized for their dignity as well as granted a chance for recovery and redemption. How would we have felt if someone had told us that never again should we leave our homes? Should we never see our loved ones again? Should we never hope for the future?

As much as we need a change in public and criminal policy, we need a change in the public conscience about the purpose of prisons and the value of human dignity. We certainly had, and still have, the opportunity to let the virus teach us something about prison and about humanity.

[3] WHO Regional Office for Europe, “Preparedness, Prevention and Control of COVID-19 in Prisons and Other Places of Detention: Interim Guidance,” March 15, 2020, 1.

[7] One of the fundamental works in this regard is: Erving Goffman, Asylums: Essays on the Social Situation of Mental Patients and Other Inmates (London: Penguin Books, 1991).

Rui Caria is a Sylff Fellow from Portugal. He is a Phd Candidate in Criminal Law at the Faculty of Law of the University of Coimbra, focused on studying ways to improve crime prevention by bringing the knowledge of criminology and human development into criminal policy and articulating it with social policy. He is also a Teaching Assistant, lecturing in Economic Law at the Faculty of Economics of the University of Coimbra. He worked as a Junior Researcher at the Centre for Social Studies of his University, attached to a project focused on juvenile delinquency. He has published several academic papers, as well as three books of fiction. He was awarded the Prize for Pedagogical Innovation by his University in 2021.