Christine Guirguis, a 2020 Sylff fellow from the American University in Cairo, addresses the outlook for Egypt’s economy in the face of the coronavirus pandemic. Egypt was one of only three countries in the region to maintain positive growth in 2020, an impressive record given the difficulties it has experienced over the past decade, as Guirguis details. 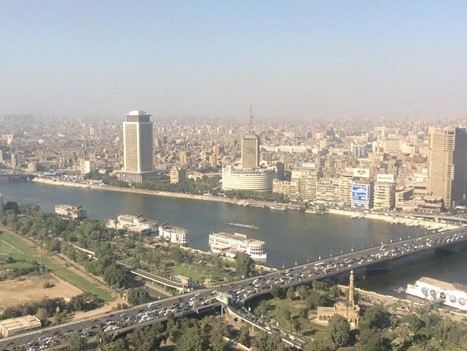 Egypt’s economic condition in 2012–13 was dubbed the worst crisis since the 1930s. The severity of the economic troubles reached its peak in the first half of 2014 with a fall in the GDP growth rate to 1.2%—the lowest in about 50 years—as well as a rise of the inflation rate to 9%, a surge in the unemployment rate to 14%, a fall of eight places in tourism ranking, and a shortage in essential food products. As a result, Egypt’s economic status as of 2014, which was downgraded from emerging market to frontier market in Russell’s Annual Index, left the country scrambling to rescue its 86-million population at the time.

Before reluctantly resorting to the International Monetary Fund, Egypt—whose national security is a safety valve to the region—had received generous aid from the Arabian Gulf and Saudi Arabia totaling as much as $30 billion. While such aid breathed life into Egypt’s economy, the bill was far from paid.

In 2015, three-quarters of Egypt’s budget vanished into subsidies, government wages, interest payments, and capital loan repayments; only 5% of the budget was left for other purposes. In the same year, the crash of a Russian airplane due to an act of terrorism marked the Egyptian tourism’s clinical death before it was gradually resuscitated in 2019 by stricter security measures in airports. This was when Egypt decided, on November 3, 2016, to brace up for a $12 billion IMF loan by devaluing its currency by 48% and fulfilling the IMF’s requirements by way of cutting subsidies, increasing VAT, and floating the currency. 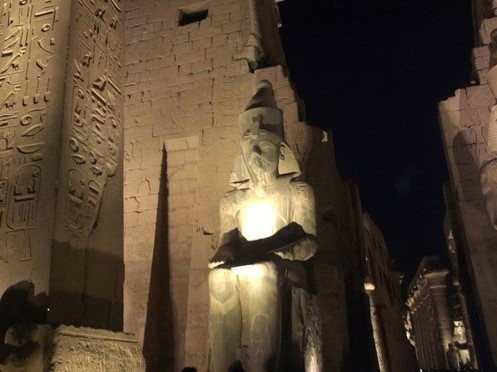 In a recent television interview, Mr. Tarek Amer, governor of the Central Bank of Egypt, talked about the Herculean responsibility he had in his hands in 2015. Egypt’s foreign cash reserves were only $800 million, an amount Egypt normally spends in a week. Consequently, its economy would have faced the risk of a total shutdown unless an urgent “surgery” of painful economic reform was done. The political and social sensitivity of the November 2016 decision, at a time when Egypt was craving for stability, rendered the proposal impossible from the point of view of almost all the cabinet members. No one was able to digest the unimaginable scenarios that could have taken place if the economic reform process had failed to meet its purposes, especially because its probability of success was estimated to be between only 10% and 30% at the time. With no alternatives on the horizon, President Sisi gave the green light for the execution of the economic reform proposal, a decision that signified a new, independent approach that enabled Egypt to skip the limitations that had long impeded its economic restructuring.

In a country where a quarter of the people live below the poverty line, the government wanted to ensure that its measures would not cause a humanitarian crisis or a social backlash. The government kept intact the cash transmission programs and subsidized food systems launched earlier.

Given the painful austerity measures, some envisioned a doomsday scenario taking place in Egypt. Yehia Hamed, a former investment minister in Mohamed Morsi’s 2012–13 government, wrote an article in the Foreign Policy in 2019 where he conjectured that Egypt was heading toward bankruptcy and warned Europe against a mass flocking across the Mediterranean of Egyptians fleeing an inevitable bleak fate.

In response Ahmed Shams El Din, an Egyptian capital markets professional and adjunct professor at the American University in Cairo, published an article on the same news site where he expressed his wonder at the former minister’s criticism of securing an IMF loan even though the government in which he served had approached the IMF in 2012 for a loan. He noted that Egypt’s economy is growing rather than collapsing, with the account and budget deficits cut in half and a 5.5% growth in 2019 compared to 2.2% in 2013.

The current pandemic is already suffocating some of the biggest economies, supporting the IMF’s description of it as “the worst economic crisis since the 1930s depression.” For Egypt, the challenge is tougher due to losses in the main revenue sources, such as tourism, the Suez Canal, and remittances, which together constitute 15% of Egypt’s GDP. Therefore, in its June report the IMF initially expected a decline in Egypt’s GDP growth rate from 5.6% in 2019 to as low as 2% in 2020—a percentage it later changed to 3.5% in its October report. Given the global economic challenges, this relatively low growth rate makes Egypt one of three countries in the Middle East and Central Asia to maintain a positive figure in 2020. 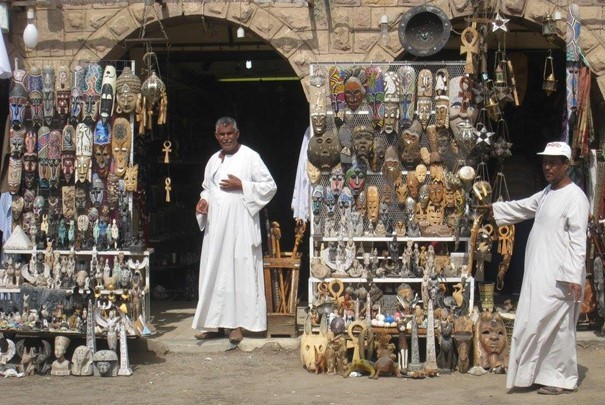 During the apex of the global pandemic uncertainty in 2020, Egypt managed to pay $35 billion of its liabilities without suffering a severe decline in its foreign currency stockpile or any shortage of essential goods. This explained Egypt’s ability to maintain its credit ratings by Standard & Poor’s at “BB” in April 2020, by Fitch at “B+” with a Stable Outlook in July, and by Moody’s at “B2” in August. Based on these ratings, J.P. Morgan praised Egypt’s economic performance, stating that, thus far, its economy had successfully withstood the test of the pandemic and kept the trust of the international community. Hence, Egypt’s economy has been given well-grounded positive appraisals.To contain corona’s economic repercussions, the Egyptian government allocated 100 billion Egyptian pounds (EGP) as a stimulus package, including half to support the severely affected tourism sector, EGP 8 billion for the health sector, a 14% increase in pensions, energy cost relief for factories, fewer taxes on businesses, more cash transmissions, and financial support for irregular workers until the end of 2020.

Egypt’s top priorities in the economic agenda include augmenting domestic savings, as well as adopting a more liberal approach toward the market, revisiting tax penalties and exemptions, and laying the basis for a fairer accountability system.

Social Engagement activities:
▪ Participated in the U.N women 'HerStory' initiative within Bejing+25 in 2019.
▪ Participated in the inaugural National Youth Conference in 2016.
▪ Volunteered as an English teacher in Tbilisi, Georgia in 2014.
▪ Facilitated workshops, conducted interviews, and took part in dissemination events within a Danish Egyptian-project in 2014-2017.

Current affiliation: Teaching Assistant at Cairo University and M.A.- candidate at the American University in Cairo

Christine Guirguis is a Teaching Assistant at the Faculty of Mass Communication, Cairo University, Egypt. She is studying Master of Arts in Journalism and Mass Communication at the American University in Cairo through the Ryoichi Sasakawa fellowship since September 2020.
Before leading a career in Academia, Christine worked for several months post-graduation as a digital marketing executive. She is especially interested in Marketing Communication of social causes and innovative/entrepreneurial ideas.
One of the causes she believes is part of her life mission is the empowerment of women. Therefore, she participated in a U.N. women initiative in 2019 and worked as a Research Assistant in 2014 in a Danish-Egyptian project called 'With and About Women in Egypt post-2011 January revolution".
Cherishing the personal and intellectual richness that diversity brings, she started learning the German language in 2019 and volunteered as an English language instructor for young Adults in Tbilisi, Georgia in 2014.