The Sylff Association secretariat is pleased to share wonderful news submitted by two fellows from Jadavpur University in India. 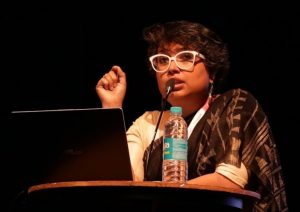 Payoshni Mitra, a 2005–07 fellow, was appointed the first-ever Chief Executive Officer of the UNESCO-affiliated Global Observatory (GO) for Gender Equity & Sports, newly established in January 2022 in the Olympic capital of Lausanne, Switzerland, to promote gender equity in and through sports.

Mitra is a prominent athlete rights advocate and a gender and sports scholar. She has been fighting for nondiscrimination and inclusion of women athletes for over a decade, addressing human rights violations in sports, influencing important institutional changes, and helping athletes win legal cases.

Read the IWG Women & Sport press release on her appointment:

Another Jadavpur fellow, Rimple Mehta, 2011–13, who is now Lecturer and Associate Dean, International (South and Southeast Asia) of the School of Social Sciences, Western Sydney University, has published Women, Incarcerated: Narratives from India. The book, co-edited with social anthropologist Mahuya Bandyopadhyay, is based on a social action project Mehta undertook on “Carceral Logics and Social Justice: A Dialogue between Practitioners, Scholars and Activists,” supported with a Sylff Leadership Initiatives (SLI) grant. 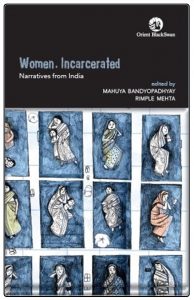 Mehta has been researching the issue of women’s imprisonment in India since 2008 when she met Bangladeshi women who had been incarcerated for illegally crossing the border to India. After a decade of research, her work has expanded to advocate against discrimination of women prisoners in the country, which was socially a neglected issue. She has been working to raise awareness of this issue by networking with activists, scholars, social work practitioners, and public administrators, as well as through her widely discussed first book, Women, Mobility and Incarceration.

Congratulations to both fellows for their important achievements, and we wish them even greater success henceforth in realizing their vision for a more just and inclusive society.