Western and Southern Africa is a hub for multinational companies to operate their business. Olaniyi Joshua Olabiyi, a Sylff fellow in 2019 and SRA awardee in 2021, conducted his PhD fieldwork in Lagos and Cape Town. This led to research on the mechanisms available for multinational enterprises to avert industrial conflict in their host community.

The existence of labor disputes is inherent in all labor relations systems (ILO 2001). Collective bargaining breakdowns usually occur when the process of collective bargaining reaches its breaking point and then results in industrial actions, such as strikes or lockouts. Sound labor relations policy, according to the International Labor Organization (ILO 2001), is based on a system for preventing and settling labor disputes. Employee-employer relationships are characterized by divergent interests and deferred objectives from each party that frequently lead to conflict (Venter 2003). 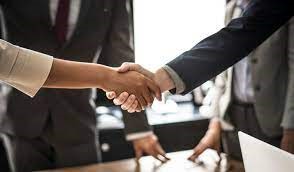 Photo by rawpixel.com from PxHere.

Methodology of the Study

The study focused on the assessment and effectiveness of conflict resolution mechanisms in Nigeria and South Africa, two host countries of the multinational company Huawei. It focused primarily on collective bargaining mechanism processes. A portion of this work was devoted to applying and interpreting mechanisms that can be used when disputes arise between employers and unionized workers.

The study employed a nonexperimental descriptive research design based on a survey approach. For data collection, a combination of qualitative and quantitative methods was applied. In both Nigeria and South Africa, a questionnaire was distributed to 200 employees of the group in that country. After compiling the aggregate data generated from the responses of employees across Huawei group companies in both countries, 363 responses were obtained for data. The data collection activity took place over the course of three-plus months.

The methods of data collection and analysis used in this study include both quantitative and qualitative approaches. Interviews and questionnaire surveys were conducted to determine the process followed in addressing industrial conflict.

For qualitative data analysis, 20 senior managers from Huawei multinational were interviewed face-to-face. We asked each manager to describe two or three specific incidents that have mandated the implementation of conflict resolution processes, procedures, and mechanisms within the organization. We then followed how the conflict was resolved by learning what measures were taken to that end. The interviewer asked participants a follow-up question, and they answered according to their knowledge, thus generating sufficient data to meet the research objective. The responses were analyzed using software program called NVivo and ATLAS.ti.

For the quantitative arm, a closed-ended structure questionnaire was used to select a total of 400 employees from the Huawei multinational enterprise group in Nigeria and South Africa as the optimal sample for the quantitative arm. Of the 200 employees who were given the survey at the Nigerian site, 177 completed the survey, 14 did not respond, and 9 were excluded due to undisclosed information. Thus, 177 employees were part of the data collection in Nigeria.

A questionnaire was likewise provided to 200 employees of the company by the South African counterpart of the study. A total of 186 employees responded and 14 refused to respond, so 186 responses were taken as the final sample. In all, 363 responses were gathered from Huawei group employees in Nigeria and South Africa for the study’s data analysis.

To analyze the quantitative data collected using descriptive and inferential statistics, we used the Statistical Package for the Social Sciences (SPSS) version 19.0 for Windows, as it offers a variety of parametric as well as nonparametric statistical tests. A demographic analysis was conducted to determine the demographic composition of the sample. The data was presented in graphs, charts, and tables.

The data collected from Huawei group companies in South Africa and Nigeria needed to be coded and cleaned. Babbie and Mouton (2015) describe how social science data can be manipulated and read by computers and similar machines based on quantitative and qualitative data analysis. By using closed-ended questions with limited answers, data could be analyzed unpretentiously and directly, along with graphs.

There were two sections for demographics and research questions. For the researcher to perform a credible analysis, demographics and research questions were collected independently. Data analysis was performed on the quantitative data to analyze the theme and subject of the research. To ensure that the cleaning and coding processes are free of error, they were systematically observed several times at random.

The mechanism for resolving conflict was more successful in South Africa than in Nigeria. Moreover, the study showed that industrial conflicts in Nigeria were not well managed. The reason for this was the Nigerian government’s spineless approach to labor legislation and resolution of labor disputes. The lack of intent to improve employment relations was due to the volatile labor relations environment in Nigeria. Within the South African space of labor relations, meanwhile, the labor policy was highly regulated, and the procedures were properly followed and implemented.

A total of 4.0% of respondents agreed that Nigeria’s organization had an appropriate and efficient conflict resolution mechanism. The majority of 44.1% disagreed that there was an effective and efficient mechanism for resolving conflict. In the South African organization, 58.6% of respondents agreed that an effective and practical conflict prevention device exists in their organization, while 2.2% disagreed. The Nigerian organization demonstrated through the low percentage of positive responses to both statements that it did not have a functioning dispute resolution mechanism.

Of the Nigerian respondents, 44.1% disagreed with the assertion that the organization enforces or ratifies international labor standards. Since the largest percentage of employees disagreed with the statement, it appears that the Nigerian organization disallowed internationally accepted standards of work practice regarding conflict management. In total, 79.7% of respondents agreed with organizations upholding and promoting the international labor framework for conflict resolution, while 4.5% disapproved, 0.6% strongly agreed, and 15.3% said they were neutral about it.

In the South African survey, 82.3% of respondents approved of and accepted international labor standards for managing conflicts in employment relations; 3.2% said they did not, and 14% said maybe or unsure. There was a significantly higher percentage of employees who answered “yes” than those who answered “no.” This is because the organization consented to the worldwide framework for adjudicating workplace conflicts. In view of the foregoing, it is clear that organizations within South Africa use the mechanisms of international labor standards for conflict resolution. This is because they resolve conflict whenever it arises within the organization. Consequently, that organization would practice labor relations in a way that is fair, equitable, and equal in terms of conflict resolution mechanisms.

The study concludes by recommending that host countries of multinational corporations in Africa constantly review their conflict resolution frameworks. This is so that the frameworks serve as a guide for multinational companies operating within their borders. As part of such mechanisms, the study points out that there needs to be a process of sincere dialogue between employers and employees. This must be accompanied by effective channels of communication between them. The study suggests that a nonviolent workplace environment can be facilitated by encouraging accommodating and congruent conflict resolution strategies among employees.

The report from the study revealed a case in which a multinational company that originally intended to infuse the international standard of employment relations into its host country’s conflict mechanisms abandoned and neglected the prevailing international practices of employment relations. In such a circumstance, the host country may have regressed from its labor relations legislation standard regarding conflict resolution. The multinational company has been able to sidestep the normal dispute resolution process by following the easiest route, disregarding normal protocol. Consequently the development of the host country, such as Nigeria, has been adversely affected. If a foreign corporation fails to observe the labor laws of the host country, how will the government sanction this behavior? Is there a procedure or regulation for dealing with such transgressions in the host country’s legal framework? It is common for governments to lack mechanisms to keep them in check.

As is evident from the findings presented in the study, multinational companies believe that they have influenced the host country’s environment by using the appropriate international standard for labor relations practice. This has resulted in the development of mechanisms that limit conflict among members of the workforce. Employees of the company in Nigeria, as well as reports of operations and actions of a multinational company in Nigeria, provide some support for this assertion. Even though multinational enterprises reap a tremendous number of economic and financial benefits, they have served as contrarian vehicles for capital flight from their host nations, exclusively in Africa (Allen-Ile and Olabiyi 2021).

Olabiyi Olaniyi Joshua is an associate lecturer at the University of the Western Cape's Department of Industrial Psychology, Economics and Management Science faculty, South Africa. My research interests include diversity in human resource management, mechanisms for conflict resolution in employment relations at multinational companies, as well as labor relations across continents such as those in Nigeria and South Africa. My recent publications include a paper titled "A preliminary comparative perspective on the role of multinational enterprises in influencing labour relations of their host nation." and "Multinational Enterprises and Capital Flight from African Host Nations: An X-Ray of Retaining Trade Revenues for Continental Development.".
My doctoral dissertation centres on the efficacy of mechanisms for conflict resolution in employment relations at multinational company in Africa. As one of the skills that made me stand out were; applying psychological principles and research methods to solve problems and improve work-life; analysing information collected to draw logical conclusions; and identifying one's own emotions in addition to others' and resolving conflict appropriately. My expertise in Labour Law in South Africa and employment relations practices makes me one of the most reputable Industrial Psychologists in the country.