Tamas Dudlak, a 2021 Sylff fellow from Corvinus University of Budapest and a recipient of a Sylff Research Abroad grant in 2021, here discusses the concept of the civilizational state, developments surrounding it, and how it is exploited in politics. Confrontational civilizational narratives serve to create group cohesion by building on a sense of in-group pride, Dudlak points out, but efforts feeding on such differences cannot be the basis for peaceful coexistence.

The discourse on civilizations has taken hold in international politics since Samuel Huntington’s famous book on the “Clash of Civilizations.” The emergence of the multipolar world order and the cultural turn in the 1990s has enhanced the importance of civilizational differences. The prominence of civilizational identity is not only a reaction to globalization but is itself part of the globalization process. The globalization process pluralized the identities within and beyond the state. Although civilization as a unit of analysis is highly contested, its importance lies in its frequent usage in cultural and political debates[1] and is often considered “an institution and an actor in international politics” (Yeşiltaş 2014, 69). Drawing on Johann Arnason, Fabio Petito (2011, 767) argues for “civilizations, defined in a fundamentally culturalist-religious sense.” Civilization is an essentially cultural entity based on imagined and/or actual cultural links between societies (nations) (Tetik 2021, 4).

Ideas Surrounding the Concept of the Civilizational State

As the political theorist Christopher Coker (2018) noted, we now live “in a world in which civilization is fast becoming the currency of international politics.” In his book, Coker analyzed the idea of the civilizational state through the examples of Western civilization, Japan, China, Russia, India, and the Muslim civilizations. The phrase “civilizational state” was popularized by the British writer Martin Jacques (2012), and Weiwei devoted a book to explaining the phenomenon in contemporary China based on “a new model of development and a new political discourse” (Weiwei 2012, x).

The discourse on civilization has been reactivated by three developments of global implications:

The discourse of civilization makes it possible to thematize the constant confrontation and cultural conflicts of values that affect the everyday course of life. These sites of disputes are exploited by strong leaders who take the lead as the central character of the narrative, creating their story through their rhetoric (wordcraft) and their performative action (stagecraft) (Uhr 2014). Confrontational civilizational narratives build on a sense of in-group pride, exceptionalism, and an essentialist understanding of a particular civilization. The rich and complex cultural foundation of a given civilization can be selectively used for the intended political purpose.

The importance of antagonisms lies in the fact that it is along these lines that the political identity of a group can crystallize and separate itself from its environment. The creation of group cohesion is the goal of all political actors. The most significant part of political image-building is about highlighting differences and putting things in antagonistic terms: “in-group versus out-group, good versus evil, moral versus immoral, nation versus anti-nation, pure people versus corrupt elite, and patriots versus traitors” (Selçuk 2016, 5).

The civilizational discourse is usually centered on the idea of restoration, feeding on the image of greatness in the past, its moral and material success, and its predictability. (The historical time is divided into two sections: the first is the recent past that must be changed, and the second is the distant past, which provides the ideal for changing the recent past.) The civilizational state discourse places the past in a macro-historical perspective and thus seeks to “restore” the meaning of history (Coker 2018, 18). The attachment to the past also indicates future possibilities and directions for action in the present. Moreover, the past is not only a guiding line in the present but is often projected “as an aspirational vision for the future” (Akçalı and Korkut 2012, 611). 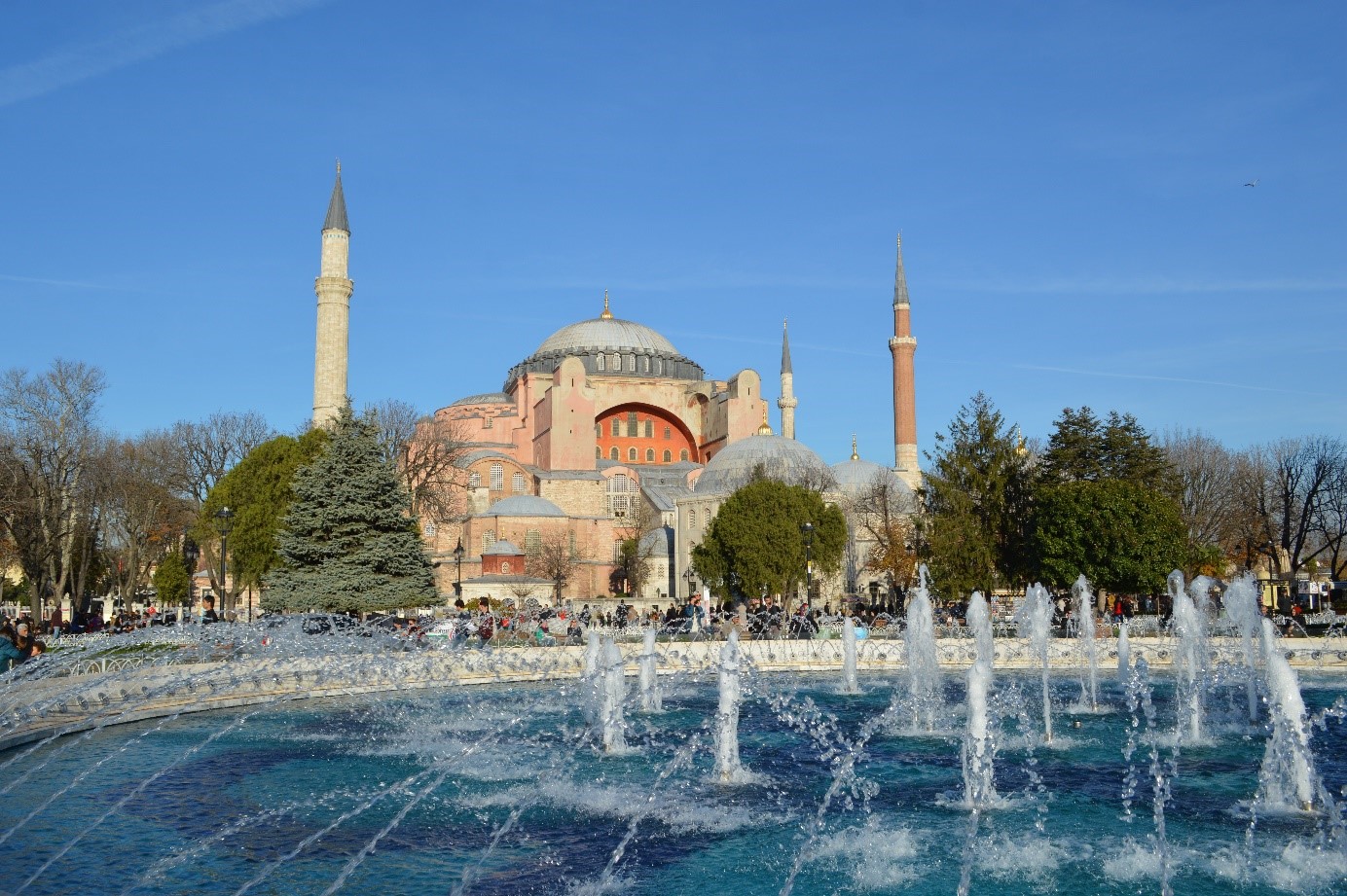 Use of Civilizational Discourse by Governments

In one of my recent works, supported by a 2022 SRA grant, I utilize the concept of civilizational state based on Coker (2018) to understand the domestic and foreign policy choices of the current Hungarian and Turkish governments. The civilizational discourse is the narrative that civilizational states employ, and it constitutes a political-ideological formation relying on the idea of distinctive identity traits and the representation of these identity constructions in the international arena. The civilizational discourse of the Hungarian and Turkish governments is connected to the global rise of identity politics and serves to strengthen the power of the states amid the constant challenges against state sovereignty. Both the Turkish and Hungarian political systems rely on a mixture of national and religious legitimacy (Islam and Christianity, respectively) and use these to extend the scope of foreign policy activism. Acharya (2020, 141) calls this self-aggrandizement and identifies it as one of the critical features of civilizational states. These states can enlarge their area of interest and influence through extensive identity politics.

To be effective, the discourse does not have to be valid or accurate; what matters is its plausibility. Civilizational states selectively draw on their respective civilizational “heritage” to create a thorough and coherent Weltanschauung, a worldview that can be projected onto everything, making political struggles more palpable for the audience. These narratives function as simple storytelling so that one can live, connect, and empathize with the story. A successful narrative explains past grievances and offers a tale of the future. Yuval Noah Harari argues that in the age of mass media, political communication needs to tell a story whose coherence, rather than its veracity, is essential (Harari and Kahneman 2021). The coherence must be both internal and emotional. The former implies that while having its own logic, the story has a specific explanatory power, while the latter principle requires that the story contain the clash between good and evil. In politics, therefore, the success of political organizations increasingly depends on effective communication rather than ideological and political coherence.

The Hungarian Parliament refurbished in “Eastern” style, referring to the growing interest of the Hungarian government in Eastern powers. Photo taken by the author during the ARC 2021 exhibition in Hungary.

The culture war, or the practice of securitization of culture, is based on resistance to the free flow of culture. Supporters of culture war aim to confront identity groups within and outside the country to change the mainstream and achieve cultural hegemony by taking identity politics to an imagined cultural battlefield. Culture war starts from the premise that the political opponent has a coherent cultural system, but its intellectual and philosophical foundations are inappropriate (disconnected from reality). These are means in the hands of ideational regimes to challenge their opponents over the meaning and principles of politics. For example, in the discourse of the current Hungarian government, the stakes of the liberal versus conservative debate have risen to the level of civilization, as the two opposing sides fight each other over the interpretation of the philosophical foundations and values of Western civilization.

Chryssogelos, Angelos. 2018. “State Transformation and Populism: From the Internationalized to the Neo-Sovereign State?” Politics 40, no. 1 (February): 22–37.

Moreh, Chris. 2016. “The Asianization of National Fantasies in Hungary: A Critical Analysis of Political Discourse.” International Journal of Cultural Studies 19, no. 3 (May): 341–53.

Öniş, Ziya, and Mustafa Kutlay. 2019. “Global Shifts and the Limits of the EU’s Transformative Power in the European Periphery: Comparative Perspectives from Hungary and Turkey.” Government and Opposition 54, no. 2 (April): 226–53.

Petito, Fabio. 2011. “In Defence of Dialogue of Civilisations: With a Brief Illustration of the Diverging Agreement between Edward Said and Louis Massignon.” Millennium: Journal of International Studies 39, no. 3 (May): 759–79.

Yeşiltaş, Murat. 2014. “Turkey’s Quest for a ‘New International Order’: The Discourse of Civilization and the Politics of Restoration.” Perceptions 19, no. 4 (Winter): 43–76.

[1] Lately, the French president Emmanuel Macron attached importance to the “civilizational battle” for defending liberal values and democracies. “We must give content, perspectives and meaning to our liberal values, in the political sense of the term, in the philosophical sense of the term, and show the strength of our democracies. … It is the backsliding in the minds and mentalities. And as such it is a cultural, civilizational battle that we must fight.” (Petrequin 2021)

Tamas Dudlak is a Ph.D. candidate studying International Relations and Geopolitics based in Budapest, Hungary. He previously studied History, Arabic, and Turkish. His research focuses mainly on Turkey and its role in the Middle East in various fields: migration and refugees, domestic and foreign policy, energy policy. Moreover, he examines the bilateral relations of Hungary and Turkey as well. His dissertation deals with the changing political and economic ties between Turkey and Iraqi Kurdistan (1991–2017).
https://www.linkedin.com/in/tam%C3%A1s-dudl%C3%A1k-ab031169/
https://uni-corvinus.academia.edu/Tam%C3%A1sDudl%C3%A1k
https://www.researchgate.net/profile/Tamas-Dudlak