Nuclear Environmental Justice in Arizona and Beyond

Japan is still struggling to contain the radioactive contamination from the crippled Fukushima Daiichi nuclear power plant. Recently it was revealed that radiation-contaminated rice straw was used to feed beef cattle in Fukushima Prefecture. These beef cows were found to have been shipped to and sold in many parts of Japan. Japanese people are worried about the growing threat from contaminated food.

In the United States, meanwhile, Linda Richards, a Sylff fellow at Oregon State University, has been addressing the issue of nuclear environmental justice and experimenting with conflict resolution for over 25 years in a variety of forums—from the playground and the classroom to the streets—as a teacher, mediator, journalist, park patrol officer, and co-director of a small nonprofit.

She organized a workshop in Arizona in April to address environmental justice for the Diné—the Navajo in their own language—whose habitats have been contaminated by uranium mining for decades. This was the first of two rounds of workshops supported by the Tokyo Foundation’s SLI project, for which she has partnered with another Sylff fellow, Shangrila Wynn of the University of Oregon. This article presents the highlights of the April workshop. 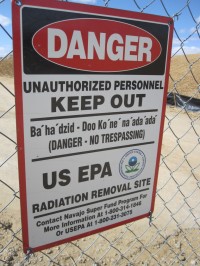 The workshop began with a documentary film, The Return of Navajo Boy directed by Jeff Spitz, highlighting the problem of uranium contamination in the Navajo Nation. A panel discussion of Diné elders, Spitz, and other experts followed.

The film contains many painful scenes in documenting the life of Navajo elder Elsie Mae Cly Begay, from the early cancer death of her mother and two sons to the day her traditional Native American home, a Hogan, was torn down and removed as radioactive waste by government workers. The documentary film explains that more than a quarter of the supply of American uranium was mined from the Navajo Nation, where 20% of Native Americans live in one of the poorest communities in the country. The Navajos were once studied for their low incidence of cancer, but rates of cancer have risen to among the highest in the nation. The importance of the ecology to the subsistence of the Navajo intensifies the impact of the uranium mining pollution left behind by the nuclear industry that continues to contaminate the landscape today.

The film also features Navajo elder Perry H. Charley of the Diné College Uranium Education Project and Environmental Institute and the National Academy of Science Committee, who has dedicated his life to uranium pollution remediation and prevention.

The workshop discussed environmental justice and shared the story of uranium contamination from the perspective of those most impacted by the pollution with more than a hundred environmental history academics, researchers, writers, lawyers, and students. The Diné elders shared their points of view on their generational struggle with uranium mining dangers, including the preventable deaths of hundreds of Navajo miners during the uranium mining boom of the 1950s and current contamination that remains from the mining.

Lori Goodman (founder of Diné Citizens Against Ruining our Environment) explained the history of the 20-year effort to create the Radiation Exposure Compensation Act (RECA) of 1990. Mr. Spitz shared a moving PowerPoint that explained how the film became a groundswell for action on the Navajo Nation and beyond, leading to congressional hearings and eventual cleanup of parts of the contamination. Despite Mr. Charley’s compromised poor health, as he had just completed a round of chemotherapy for his radiation-exposure-induced illness, he was a dynamic speaker.

Mr. Charley spoke eloquently of the history of the uranium mining on the Navajo Nation and the resulting deaths of uranium miners and resulting environmental problems. As the child of a uranium miner who died from exposure to unventilated and unsafe uranium mines, Charley dedicated his life to addressing and preventing further contamination. He brought with him a Geiger counter and a small thread-spool-sized piece of uranium rock encased in double-sealed Ziploc plastic bags. He turned on the Geiger counter and rapid clicks indicating the radiation from the small bit of rock encased in two layers of plastic filled the room. Then he said, “Imagine living where this is thousands of times more prevalent, all around you, as in some areas of the Navajo Nation, for almost three generations.”

Samantha Chisholm Hatfield (Siletz-Cherokee, Oregon State University) commented on the clash between traditional culture and Western values and economy. Elsie Mae Begay spoke in her traditional language, which was translated by Charley into English. She spoke of her pain at the contamination of her home, and her appreciation of people who support the Diné. She said that in her culture, the Earth itself is sacred, and contamination of the Earth is prohibited by customs. She said she wanted people to think of the future before taking any action that disturbs the balance and harmony of the Earth. This translates as “walking in beauty way.” 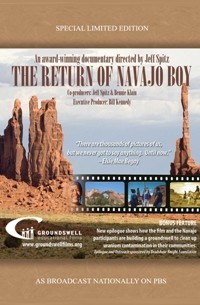 Facilitator Laurel MacDowell (University of Toronto) added the comparative experience of the uranium mines in Canada on indigenous land, and she facilitated the discussion after the film. Questions from the audience ranged from cultural inquiries into the worldviews and beliefs of the Diné to scientific questions about radiation contamination and how to help support contaminated communities. Water was a key element of the discussion, as water on the Navajo Nation is very scarce and valued by the Diné culture as sacred. However, the Nuclear Regulatory Commission last year overturned the sovereignty of the Navajo Nation’s 2005 Diné Natural Resource Act that prohibits further uranium mining to grant four in-situ uranium mining licenses. In-situ mining is a process that contaminates large volumes of water to leach uranium from underground. The water for the in-situ mining will be taken from the aquifer used as drinking water for thousands of Navajo people.

The discussants shared that there is still no comprehensive health study of the contamination and no federal funds for the needed abandoned mine cleanup. Mr. Charley shared his deep despair that the contaminated material is often being placed in unlined containment on the Navajo Nation, and is not being removed from the Navajo Nation as requested.

Eighteen of the surveys rated the workshop with the highest score of 5 on a scale of 1 to 5, “strongly agreeing” that the workshop film and discussion held great value and information, motivating them to take action. The remaining surveys “agreed” with a rating of 4. Also, 29 of the 30 of the surveys said the participants learned more about Navajo culture and the contamination, despite several audience members having lived on and near the Navajo Nation. Twenty-nine respondents said that they would attend the exact same presentation with the film and the elders again.

Comments on the surveys included “Thank you for bringing us this workshop” on four surveys, and some of the additional positive comments included “This was a fantastic, amazing, awesome workshop!” and “Compelling” and “Great session, Congratulations!” Other feedback we received from the surveys included offers of help for the future and the observation that the workshop could be improved by including a handout of ways that people can help. Orally, Perry Charley and Jeff Spitz directed individuals to the Navajo Boy website to find out additional ways they can continue to participate by learning more.

The panelist also suggested becoming familiar with the situation through new books, such as Yellow Dirt by Judy Pasternak and The Navajo People and Uranium Mining by Doug Brugge, et al. Other suggestions included contacting Senator John McCain to demand a comprehensive health study and President Barack Obama for funding for abandoned mine cleanup and contacting legislators about the needs of the Navajo Nation.

I was elated by the success of the workshop and the connections made between elders and academics. The workshop drew attention to the fact that the Diné are just one example of the many indigenous communities disproportionately exposed to pollution from resource extraction: 80% of the mining, production, testing, and storage of nuclear material occur on indigenous lands worldwide. However, a review of academic and popular literature on nuclear issues and the current nuclear power plant expansion reveal the discourse has not taken into account this disproportionate exposure, nor included the history of uranium mining as a part of the safety record of the nuclear industry.

Our workshop succeeded in bringing this situation to the attention of academics who research and teach environmental history. 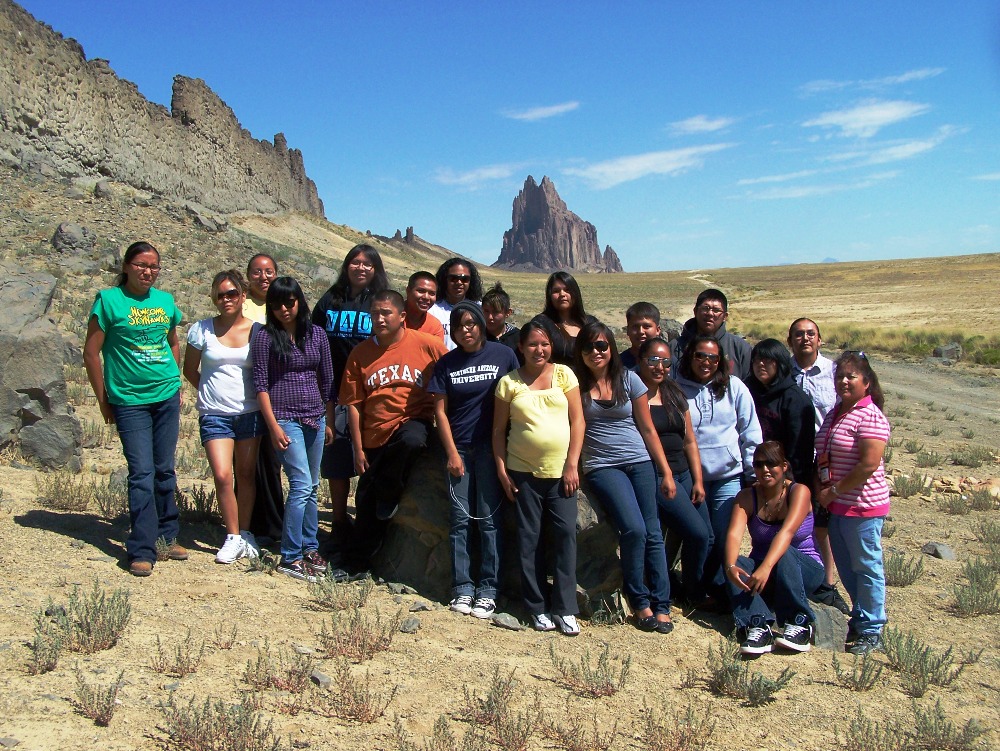 Linda Richards is a Sylff fellow currently enrolled in the History of Science PhD program at Oregon State University. She has taught nuclear environmental justice history; toured the Hanford Nuclear Reservation with the Oregon Department of Energy; collected oral histories of nuclear scientists; and attended the sixty-fifth commemoration of Hiroshima and Nagasaki and met with the mayor of Hiroshima.