The Overseas Chinese in Tonga

Tonga will hail a new king in August 2008. A Sylff fellow from New Zealand, who conducted field research in the country, suggests that Tonga must improve cultural relations following November 2006 riots caused by ethnic tension between Tongans and Overseas Chinese and political rivalry between the state and opposition pro-democracy factions.

Tonga is an archipelago in the South Pacific Ocean. The earliest ethnic Chinese arrived there as Anglican priests in the 1920s. It was not until 1974 that the first Taiwanese businessman settled there, and thereupon began a gradual increase in the Overseas Chinese (OC) population--mainly from Taiwan, with some from Hong Kong and some students from the People's Republic of China after the 1989 Tiananmen Incident 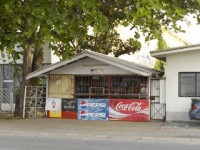 Today, there are approximately 600-700 ethnic Chinese residents on the main island of Tongatapu--less than 1% of the country's total population. However, the relatively sudden influx of Chinese migrants, the illegal selling of passports, and the subsequent government decision to make this legal have aggravated ethnic tensions. Resentment of OC immigrants has been manifested in various ways. Graffiti is scrawled across the outer walls of the PRC embassy; there are numerous cases of harassment and assaults against Chinese businessmen;2 Tu'ivakano, chieftain of Nukunuku, banned Chinese stores in his district; and in late 2001, 600 ethnic Chinese were asked by the government to leave once their work permits expired in order to curb violence and anger against Chinese.

These tensions are tied to conflict within the royal family and its links with China. Princess Pilolevu has many business interests with the PRC and, along with her late father, was a strong supporter of Chinese immigration as a means to stimulate the economy. Further links with China are illustrated by bilateral deals involving fisheries, manufacturing and agriculture, and most importantly, the severing of diplomatic ties with Taiwan. Prince 'Ulakalala had another view, deciding that the economy should not be open to foreigners, and used ethnic Chinese as the scapegoat for the island nation's continuing economic malaise.3

Former New Zealand High Commissioner to Tonga Brian Smythe noted upon his retirement in 2003 that "public resentment at the rapid intrusion of Chinese immigrants into the retail sector seems to have diminished somewhat but could always resurface.4 His words would ring true. On November 16, 2006, entire blocks of Nuku'alofa's central business district were left in smoldering ruins following pro-democracy demonstrations. Out of 155 businesses damaged, 33 shops owned by Chinese nationals or naturalized Tongans of Chinese descent were systematically targeted for looting and then torched.5 Several OC businesses along the shoreline (about 10 minutes away on foot) were first cased by scouts, who then advised looters and arsonists by mobile telephone. It is important to note that only property was targeted, and not the people themselves. This all pointed to coordinated planning, preparation, and careful execution.6 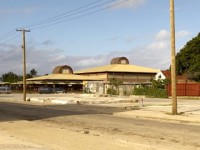 art of downtown Nuku'alofa after the riots - all burnt down.

One report suggested the Chinese were attacked because of their support for the government.7 However, Chinese keep mostly to themselves and their businesses, with little interest in politics. Rather, it was a small minority of Tongans, such as whose in the pro-democratic Pangai Sii movement and the xenophobic Tonga National Business Association, who had focused negatively on Chinese and urged targeting of their businesses.8 Thugs were hired by Tongan business owners to attack rival operators.910 Police intelligence confirmed these allegations. Commissioner Sinilau Kolokihakaufisi commented, "There was a struggle against the Chinese presence. They were not wanted and that's not democracy. Our investigations will include claims that there were other motives other than democracy behind the riot."11

Violence in Nuku'alofa was quickly contained the same night the riots began.12 However, hundreds of Chinese were left homeless. The PRC embassy made great efforts to provide assistance. It managed to feed, clothe, and house about 300 Chinese in its compound over five days, assisted by large donations from the OC community and sympathetic Tongans. An Air China Boeing 747 was sent to Nadi (Fiji) with food and necessities, to investigate the situation, and to rescue those requiring evacuation.13 The plane arrived back in Xiamen, China, on November 23, 2006.14 Jeremy Chan, an OC community member with Tongan citizenship who opted to remain, said those leaving "will probably never return."15 But this would not be the case. 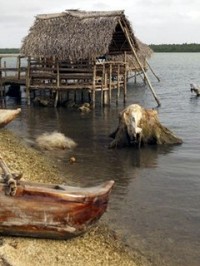 The OC population controls a large proportion of businesses and services in the Pacific region. There would be significant repercussions for the local economy if this population were to be displaced or removed--investment would fall, unemployment would rise, and there would be fewer choices for and less access to supplies. The Pacific remains an economically attractive OC market and destination, and there is no indication they would voluntary leave permanently en masse. While the evacuation was necessary for those genuinely escaping the turmoil, the majority declined the offer. Some chose to stay and look after their businesses; some could not return to China because of the circumstances in which they left the country in the first place;16 and others were not even in Nuku'alofa at the time of the riots, given their transnational nature.

Of the 193 OC community members who left Tonga after the riots, most returned within a couple of months to rebuild their businesses or start new ones--mostly outside the central business district, which remains empty blocks of land. Anecdotal evidence suggests that the number of new Chinese arrivals may have even increased, with migrants believing more business opportunities have surfaced since the rioting. The only group not to return were young children, whose parents preferred to leave them behind in China for schooling.

The 2006 incident shows that dealing with OC affairs will become an important aspect of maintaining bilateral relations with Beijing. China expects and demands that countries protect its nationals (and by implication, all other members of the OC population) in trouble. How countries respond may either be praised or attacked. For example, Beijing thanked Tonga and other regional governments for their role in "active cooperation and assistance" in the return effort.17 A similar OC evacuation in April 2006 from Honiara in the Solomon Islands resulted in praise for Papua New Guinea, New Zealand, and Australia for their roles. In contrast, Solomon Islands officials were criticized for their lack of effort--the Chinese ambassador to Papua New Guinea, Wei Ruixing, noted, "We are very sorry that the SI government did nothing to help Chinese nationals when they were suffering."18 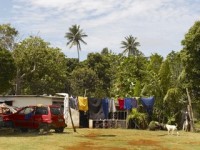 To improve bilateral relationships with Pacific nations, China provides generous aid packages. Following the riots, Beijing approved an estimated TG$100 million soft loan to the Tongan government for rebuilding central Nukua'lofa. This contribution places Beijing as a significant player in Tonga's future, but has so far received limited acceptance--all applications call only for Chinese-sourced labor and materials for reconstruction. Local businesses are wary to draw on this facility, due to unclear valuations, hidden long-term costs (such as interest), and concerns about low building quality.19 Furthermore, it could serve only to draw more Chinese to Tonga as construction workers and contractors.

The Chinese in Tonga all have different plans for the future--some intend to re-migrate to Australia or New Zealand, and others to return home to China. Their children's education and the genuine fear of repeated ethnic tension are both major considerations for moving on. Others cite the poverty and hard life faced in Tonga compared to the improving economic situation in China. Most, however, maintain that they can profit more there than elsewhere, and even if they migrate would still keep their Tongan businesses. In short, Chinese will remain as long as there is a safe living to be made. As for Tonga's future, there must be efforts to improve understanding and promote positive interaction between cultures. While there are friendly intentions to increase cooperation between the Tonga Chinese Business Association and the Tongan Chamber of Commerce, nothing has yet come to fruition. Time will tell if these cultural differences can be resolved.

This paper is the result of collection and analysis of media articles and meeting with diplomats, community and business leaders, journalists and various local Overseas Chinese in Tonga in August 2007.

“Voices from the Sylff Community” is a space showcasing the activities and opinions of Sylff fellows and faculty members. We have received contributions from fellows and faculty members all over the world. We are looking forward to sharing YOUR voices with people around the world, including global issues with local perspective, grassroots issues requiring global attention, and your first-hand experience.
For further details, please click here

Received Sylff fellowship in 2003.
Earned his MA in international relations in 2003 from the University of Canterbury, Christchurch, New Zealand, where he is now doing doctoral work in the same field. Specializes in relationships and policies among China, Taiwan, and the overseas Chinese diaspora. One of two Asia:NZ Young Leaders Network members selected to attend the Japan–New Zealand Partnership Forum in Tokyo in May 2008.