Report on the University of Nairobi Peace Forum 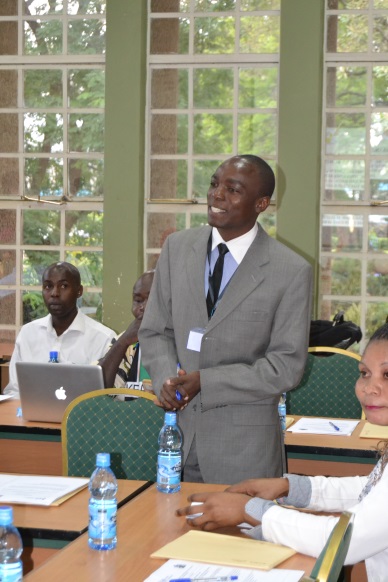 Violent extremism and the radicalization of youth are phenomena that have captured the attention of the world. To deliberate on issues relating to violent extremism and youth radicalization, a peace forum was initiated by Socrates Majune (2013–15 Sylff fellow) and conducted with the help of an organizing committee consisting of Dr. Jacinta Mwende (2004–06 Sylff fellow), Alexian Marucha, and Steve Muthusi. The committee received the support of the University of Nairobi’s Board of Postgraduate Studies, represented by Gachunga Joseph Kamau. The purpose of the forum was to provide high-level insights and solutions to violent extremism, drawing on the perspectives of various countries. The forum took place at the University of Nairobi on December 8 and 9, 2016. Sylff fellows from various countries in Africa were invited to participate in the peace forum. “If there is one thing I know for sure, it is that I know nothing for sure.” This article reflects on the learning that took place at the peace forum.

It is clear that no country is immune from the effects of violent extremism and youth radicalization. The global phenomenon has no doubt affected a vast number of countries, Kenya being one of the countries most impacted by violent extremism in its recent past. At the start of the peace forum Professor Henry Mutoro, Deputy Vice Chancellor of the University of Nairobi, delivered an emotional tribute in honor of the 140 students who lost their lives at Garissa University. 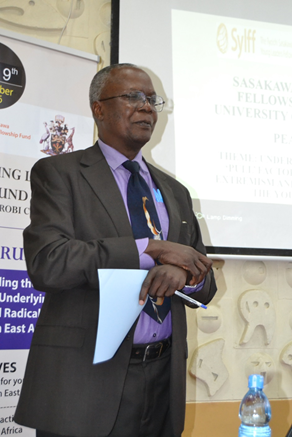 It was the events at Garissa that partly contributed to the peace forum initiative—hosting a conference that would make a difference in the county. The organizers noted that East Africa has witnessed a surge of violent extremism, characterized by an increased incidence of acts of terrorism, organized crime, trans-border crime, illicit trade, and trafficking (USAID, 2012). At the center of extremist activities are youth who have been recruited to perpetrate these crimes. The objective of the peace forum was to discuss the causes of violent extremism among young people and to propose nonviolent measures to overcome this trend.

The young generation represents hope. However, young people are increasingly turning to violent extremism due to social and economic factors. It should be noted that the choice to support violent extremism is driven by multiple factors. To understand and explore the reasons behind the sense of disengagement and marginalization that makes young people vulnerable to recruitment, we need to view it from a country perspective. It has become clear that young people join violent extremist groups for a variety of reasons, making generalization problematic. The peace forum provided the opportunity for scholars from various countries to reflect on the importance of networking and harness their knowledge, skills, and competencies to bring about solutions to violent extremism. It also served as a platform to gain new insights. 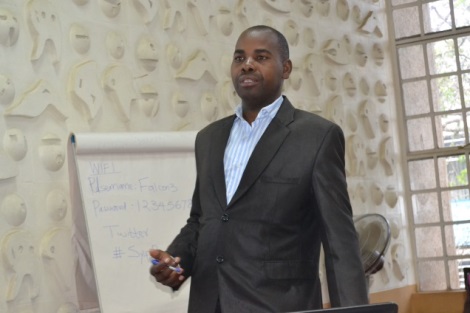 Dr. Patrick Maluki of the Institute of Diplomacy and International Studies at the University Nairobi gave a presentation titled “Understanding the ‘push’ and ‘pull’ factors underlying violent extremism and radicalization among the youth in East Africa,” in which he reflected on the political and economic perspectives of radicalization. He started by focusing on who a radicalized person is, a controversial and emotional topic. Maluki suggested that “radicalized” indicates a kind of passivity, whereby the subjects are presented as victims. The driving forces are normally seen as external. The radicalized are often presented as being alienated from choice, tricked, swayed, lost, or stolen. They are objects of pity and fear, which shifts the focus of attention from the personal or political motivations of radical actors to the methods and processes of conversion or seduction through radicalization.

Radicalization, never clearly defined according to Maluki, implies the violation of essentially passive individuals who are influenced by outside forces; it is an ordered, planned, and structured assault on those individuals. Underpinned by subjective and objective motivations, the phenomenon may be defined by exploring the common notions thereof. It is a process wherein people move away from dialogue and resort to confrontational tactics, such as violent acts of terror. Violence is often used to induce change, which is a fundamental belief of radical extremism.

Dr. Maluki presented a checklist for the radicalization of individuals. He identified five paths to radicalization, all of which are easy for radical groups to exploit: 1) young people from conservative societies and a closed, religious awakening, 2) feelings of marginalization and alienation, 3) grievances, 4) indignation, and 5) a sense of adventure.

Social contact and social networks play integral roles in extremist networks. Close friends and family have been known to be a powerful influencing factor. Radicalization, Dr. Maluki suggests, is an individual or collective social process by which people are brought to condone, legitimize, support, or carry out violence for political or religious objectives. Social bonds and group dynamics, as well as deeply held convictions or perceptions of unfair and unjust international systems, are recognized as strong drivers of radicalization. 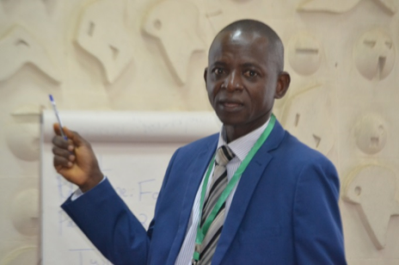 The forum discussed ways to overcome the problem of children being used in armed forces. Children who are left destitute are “given ammunition and told this is your mother and father.” Participants of the forum agreed that these children need to be exposed to peace programs instead of violence programs. We need to build a sense of community and a supportive environment in which to care for children. The participants shared information about projects that they were involved in that target violent extremism: programs leading to the empowerment of youth through workshops and forums that allow for dialogue to take place. There are challenges, often related to stakeholder engagement, partnerships, and funding. Nonetheless, the passion and dedication helps to address some of these challenges.

Starting Meaningful Conversations in the Media

On day two a media representative, Debarl Inea, addressed the forum. According to Inea, who hosts a morning TV news show, there are no conversations happening about radicalization or violent extremism despite all the acts of violent extremism. The media remains reactive toward such events, and no continued conversation is occurring around these events. He reiterated that there were systemic failures in seeing to the needs of young people and urged the forum to start conversations that would guide individuals who work in the area of radicalization and youth extremism, which is one of his own objectives. 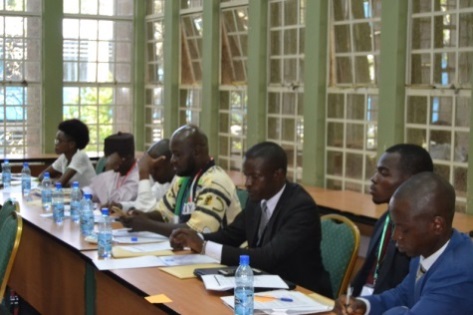 Inea shared the story of Mohammed Imwasi, a former IT student who came to be known as “Jihadi John.” Why did ISIL select him? Inea also shared stories of other young people who were radicalized, whose profiles suggested that they came from “well-to-do” families. This implies that the selection of young people stemmed from a strategic intent to recruit from the West, and it may further suggest that ISIL has the ability to infiltrate areas least expected using highly educated young people to spread radical ideologies over all kinds of media. Inea played a video in which Jihadi John spoke about his ideology and why they were taking the lives of the victims.

A discussion ensued around the meaning of jihad and the misconceptions around its meaning. The debate centered on the distortion of religion to serve a particular purpose. Religion is used to spread a particular narrative, but there are no counter-narratives to challenge the current narratives. Mainstream media is being used to spread the narratives as news. Hassan Kinyua Omar, a lecturer in Religious Studies at the University of Nairobi, stated that violent extremism remains a global threat. As long as there is low political participation, feelings of detachment and misrepresentation, and governments that continue to ignore diversity, this threat will persist. He further warned that unchecked corruption can be referred to as a radicalizer.

The peace forum, organized by the University Nairobi chapter with the support of Sylff Leadership Initiatives, provided the perfect opportunity for a meaningful conversation on the push-and-pull factors underlying violent extremism and the radicalization of youth in East Africa. Forum participants agreed that violent extremism needs to be countered intellectually. Acts of violence and terrorism stem from historical injustices. The question remains: Is the world being taken captive because of a lack of intellectual capacity?

At the Global Youth Summit Against Violent Extremism held in 2015, it was suggested that military force is often the response to extremist violence. But this approach only seems to heighten tensions and trigger more support for violent ideologies; it fails to deal with the factors driving participation in violent extremism. This approach often adds to feelings of exclusion and fails to engage youth as key partners in building resilience against violent extremism.

To move beyond dealing with the symptoms of the problem, young people must be regarded as part of the solution. As young people around the world are working to build peace and prevent violent extremism, more than ever before, the response to violent extremism needs meaningful youth participation at all levels. Working collaboratively with young people to promote peace and to effectively address the drivers of violent extremism requires youth engagement as partners in the design and implementation of relevant programs and policies. Hopefully, by applying our intellectual capacity in this way, we can we start to deal with the challenge of violent extremism.

Group photo with all attendees

SLI2014: Youth Leadership
Development
Xena Cupido is a 2012 Sylff fellow from the University of the Western Cape in South Africa. In 2014 she offered a Youth Leadership Program to high school youths using a Sylff Leadership Initiatives grant.

Xina, thanks for your report on this forum. Your participation in the forum with your perspectives definitely provoked active dialogue among the participants. Yoko Kaburagi