(Note: This article is an abridged summary of a chapter from the PhD dissertation of the author submitted to Oregon State University.)

Gautam Anand, a 2019 Sylff fellow, shares insights from his dissertation research, focusing on the poor utilization of antenatal care in India, a problem that is pronounced in rural areas. Based on interviews with health workers and group discussions with women in rural Bihar, he sheds light on the challenges and obstacles to improving access to antenatal care.

In 2018, nearly 2.5 million neonatal deaths[1] were recorded globally, 22% (549,000) of which were from India alone (WHO 2019a). Similarly, out of a total of 295,000 maternal mortalities globally in 2017, more than 11% were recorded in India (WHO 2019b). Access to antenatal care (ANC) is crucial for reducing neonatal and maternal mortality as well as improving birth outcomes for both mothers and infants (Baqui et al. 2007; Coley and Aronson 2013). However, improving access to antenatal care in India remains a persistent challenge. 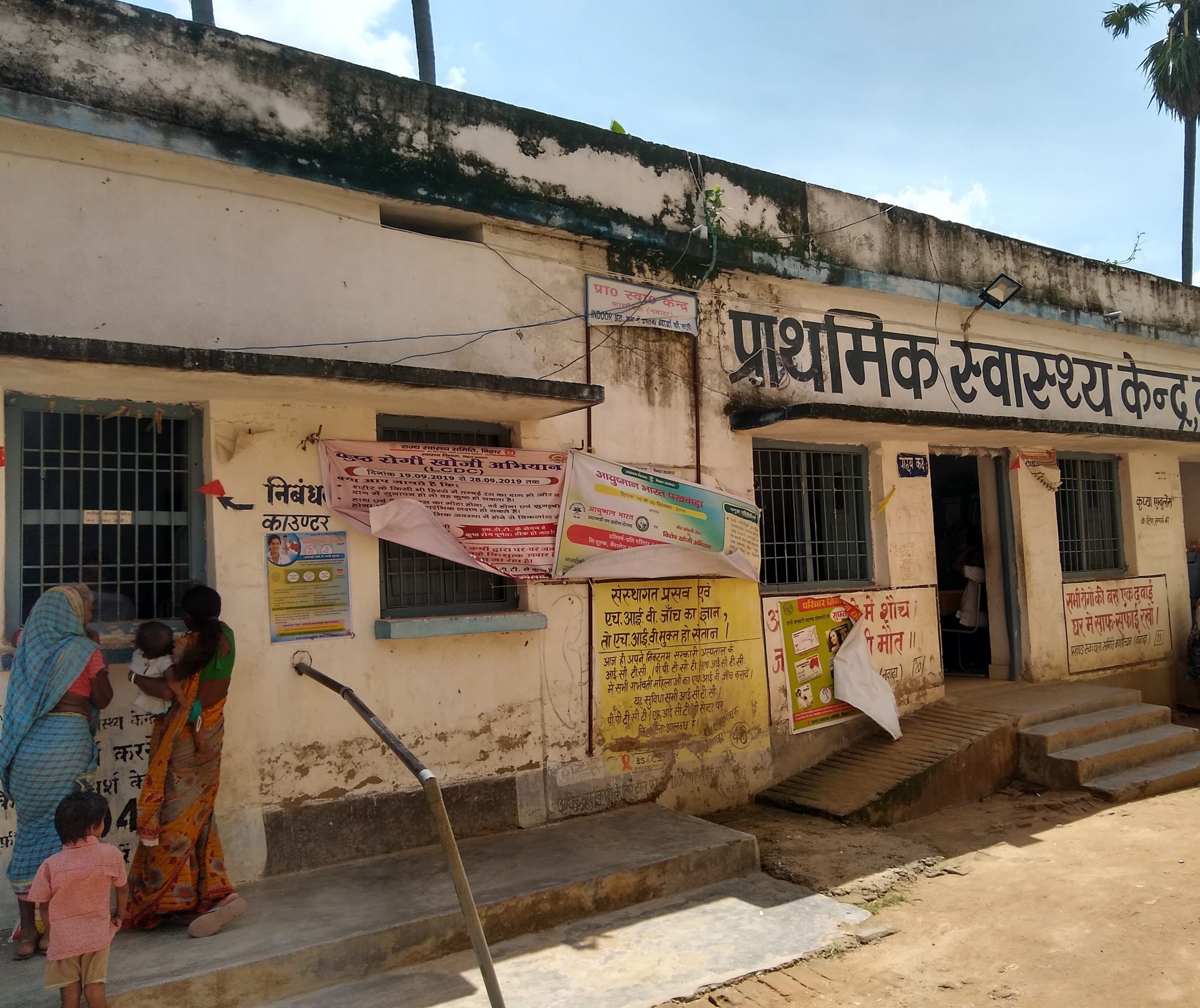 The 2015–16 National Family Health Survey (NFHS-IV) of India reported very poor antenatal care utilization with significant rural-urban disparity (IIPS and ICF 2017). Only 17% of pregnant women in rural areas received full antenatal care, meaning four ANC visits, 100 days of iron and folic acid (IFA) intake, and two tetanus (TT) injections, compared to 31% in urban areas. Further, there are significant geographic disparities too. In Bihar, one of the poorest states with a population of more than 110 million, only 3% of pregnant women in rural areas received full antenatal care, and only 13% of women had four or more antenatal checkups (ibid.). The challenge of low antenatal care utilization in rural parts of Bihar persists despite a targeted policy focus under the National Rural Health Mission (NRHM), which introduced a community health worker (CHW) program under which an accredited social health activist (ASHA) is appointed for every 1,000 in the population. ASHAs have been incentivized to identify pregnant women in their community, register them with the local public health facility, and mobilize and accompany them to visit the facilities to receive antenatal care. 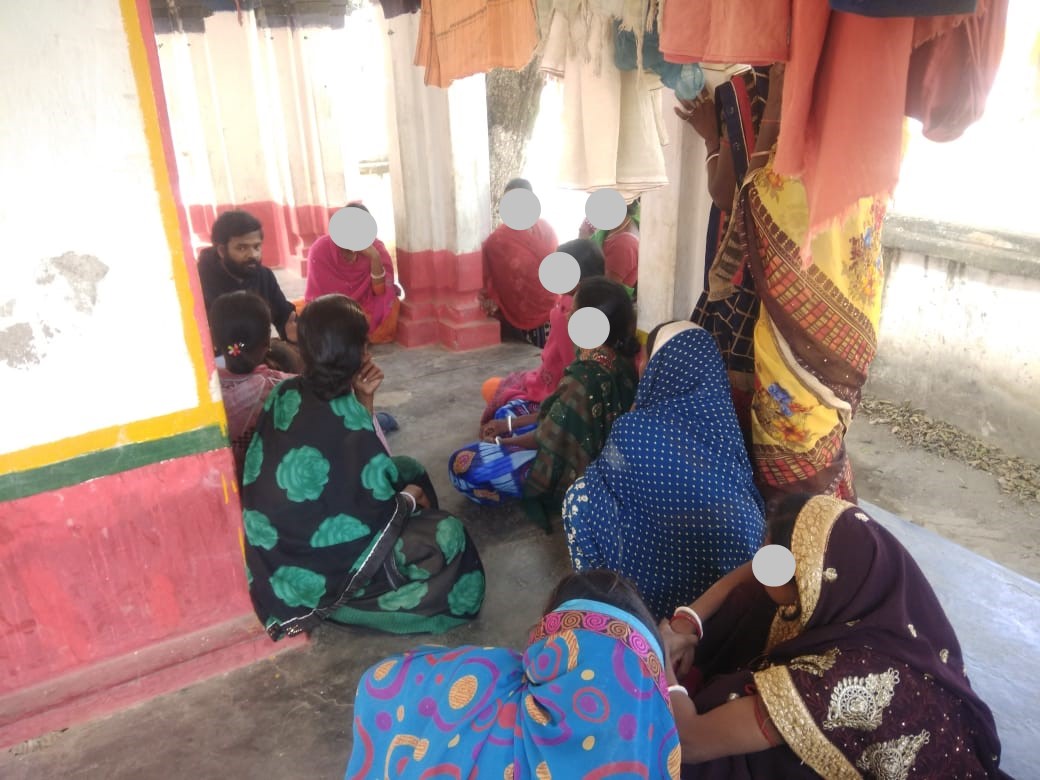 A focused group discussion being conducted with female community members.

It is thus important to understand the challenges faced by ASHAs in improving the utilization of antenatal care in rural parts of Bihar. My study was conducted in two blocks of Nawada district in Bihar utilizing a qualitative research design. Semi-structured in-depth interviews were conducted with 22 ASHAs and 10 local health officials, auxiliary nurse midwives, and Anganwadi workers. Seven focused group discussions (FGDs) were also conducted with women community members to understand their concerns with health service delivery at the local level. Using thematic network analysis (Attride-Stirling 2001), findings could be categorized into four major themes that emerged from the study: the perceived importance of antenatal care, lack of economic development, institutional obstacles, and sociocultural challenges.

It is important to highlight that utilization of antenatal care has increased significantly thanks to the sustained policy focus on its improvement under the NRHM. ASHAs and community members have observed an overall increase in the level of awareness among women for the need of antenatal care as well as a reduction in incidences of neonatal and maternal mortality over during the last 15 years. However, they noted that ensuring utilization of full antenatal care, especially four checkups and 100 days of IFA intake, remained a big challenge and that they faced many barriers in their efforts to improve it. The ASHAs very well understood what constitutes full antenatal care, and they also emphasized the importance of utilizing the services.

Persistent lack of economic opportunities and widespread poverty in Bihar have for long impelled mass internal migration of laborers from the state to other parts of the country (Keshri and Bhagat 2012; Rasul and Sharma 2014; Sharma 2005). This was reflected in the findings; most of the ASHAs identified seasonal migration as a major challenge to their efforts toward full antenatal care utilization. ASHAs reported that seasonal migration was common in their communities as families, mostly poor, migrated to northern and western states for five to six months every year to work as agricultural laborers or in seasonal industries such as brick kilns. This has two critical implications here. First, it severely restricts continuity in outreach and access to care. Second, it often causes delays in identification of pregnant women, resulting in late initiation of antenatal care. In some cases, pregnant women left the community while they were pregnant, disrupting continuity in access to care. In other cases, women returned to their communities and reported to be in the later months of pregnancy without having initiated antenatal care. Widespread poverty poses a barrier too, given that it is correlated with lack of education, resources, and awareness. 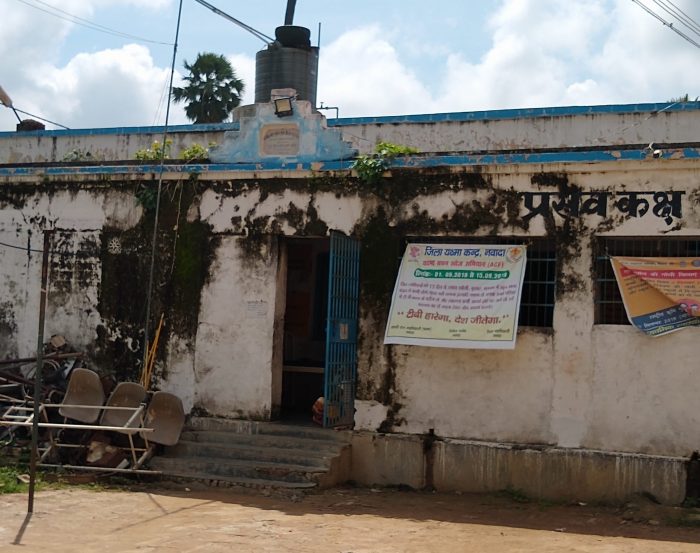 It was also reported that the health infrastructure has improved over the years but was still not adequate to meet the needs of full antenatal care. Arrangements to provide antenatal care services were not efficient and lacked quality, which demotivated pregnant women from returning for frequent checkups. Pregnant women must stand for hours in a queue to receive care. Waiting rooms, proper clean toilets, and drinking water were not available in many cases.

Several cultural norms also restrict ASHAs’ ability to ensure utilization of full antenatal care. ASHAs often talked about the cultural norm of pregnant women moving to their mothers’ place, especially during their first pregnancy, which can be challenging. They pointed out that this disrupted the continuity in utilization of antenatal care. A generational gap also restricts their ability to convince women to initiate antenatal care early in the pregnancy and going for frequent checkups, given the traditional belief of reporting pregnancy only after the first trimester is over.

The findings discussed above have important implications for the design of health policies aimed at improving antenatal care utilization, especially in the context of economic underdevelopment and widespread poverty. The study indicates that there is a limited focus under the program to improve quantity of care utilization and inadequate attention to the quality of care. ASHAs repeatedly pointed out that the poor quality of antenatal care offered at the public health facilities combined with the poor service experience of pregnant women are severe barriers to their mobilization effort. Also, the program design seems to have taken cognizance of the context mentioned above, judging from the importance it has placed on mobilization efforts by ASHAs and its incentivization of these efforts. However, the current incentive structure of ASHAs is narrowly defined, as it places most of the weight on physical outputs achieved and not so much on their counseling and education efforts to improve overall understanding of the need for antenatal care in their communities. A focus on improving the quality of antenatal care and providing adequate institutional support and remuneration to ASHAs will lead to significant improvement in antenatal care utilization.

Brief summary of support program activities:
Gautam's dissertation research focuses on determinants of and access to maternal and child health services in rural areas of the state of Bihar, India. He is specifically looking at the role of Community Health Workers (CHWs) like ASHAs in improving uptake of health services. With SRA support, he will be conducting in-depth interviews with CHWs and local health officials in Bihar, India.