Role of Water in Geopolitics

Eliska Ullrichova, a 2019 Sylff fellow, offers an overview of the concept of water wars and its implications. Given the rise in water scarcity—the major causes of which include overpopulation, overconsumption, and climate change—diplomacy has an important role to play in easing tensions over water supplies and managing international relations, Ullrichova assers.

Water does not respect political boundaries and, therefore, may be a source of leverage for upstream riparian states over those downstream. However, it is important to underline that water encompasses not only rivers, which are primarily associated with it in international relations, but all surface and groundwater. Based on the concept of water wars and related terms, this short paper illustrates what role water plays in geopolitics. 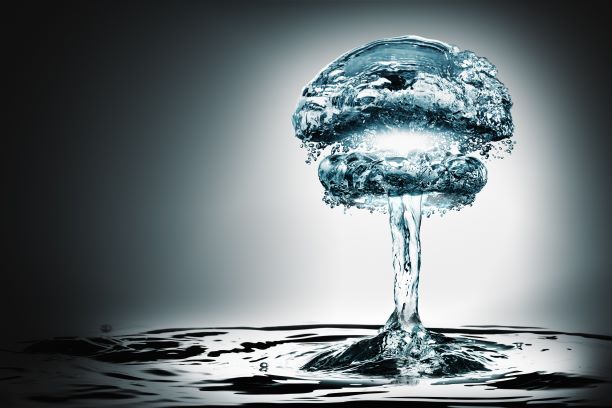 Water might play a manifold role in a violent confrontation.

The concept of water wars identifies three dimensions of water in geopolitics. Firstly, water resources or infrastructure are prone to be casualties of a violent confrontation either intentionally or accidentally. As an example, pollution of water resources is a well-known consequence of a conflict. Secondly, water resources may be used as a tool in achieving one side’s political, economic, or military interests (Pacific Institute 2019). The weaponization of water was a dominant military strategy of the Islamic State (IS) to achieve its military and political objectives. The IS contaminated water supplies of its enemies and, in particular, used large dams—such as the Fallujah Dam on the Euphrates in Iraq—to either cut off supplies of cities downstream or flood the area above or below the river flow. In addition, the IS used water infrastructure, especially dams, as their military command headquarters or prisons. This hindered the capture of IS positions, because what adversary would lead an airstrike over a dam, knowing that doing so would devastate the surrounding area (Mazlum 2018; van Lossow 2020)? Thirdly, water may cause a dispute over control of water resources and, in the worst-case scenario, the disagreement could lead to an outright and violent conflict (Pacific Institute 2019). 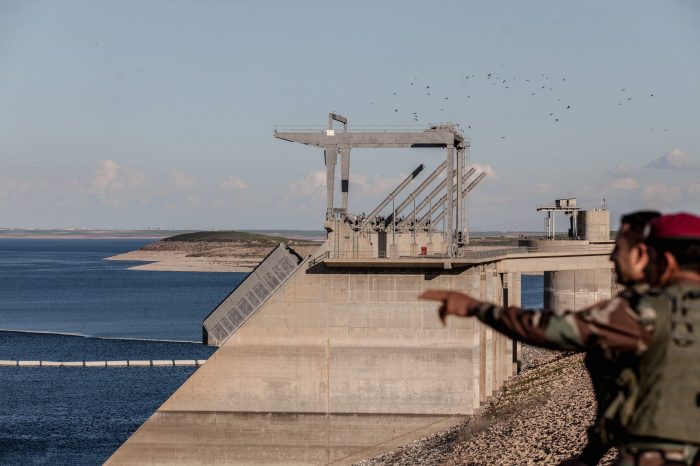 Using dams in a conflict is one of the most common examples of water weaponization.

The third element of water wars—water as a trigger of a violent confrontation—is widely discussed in the academic literature (see Dinar and Dinar 2000; Spector 2000; Postel and Wolf 2001; Gregory 2013). Interestingly, scholars agree that, firstly, water-related issues tend to be a source of an intrastate conflict rather than an international one (e.g., Spector 2000; Postel and Wolf 2001). Secondly, outright strife is rarely triggered by a single variable; they are usually triggered by a set of issues, among which access to water supplies may be included (Postel and Wolf 2001; Farnum 2018). In other words, it is often difficult to classify a violent clash as a war over water, since many other variables alongside it may play a role in the confrontation. However, it does not mean that water is not a catalyst for a conflict at all. Examples can be found as early as 2525 BC in Mesopotamian times between two city-states, Lagash and Umma. Umma repeatedly refused to pay for renting downstream Lagash’s territory for crop cultivation in the water-rich delta of Tigris. In response, Lagash damaged the irrigation system leading to the leased area. Umma could not cultivate crops without water supplies and thus attacked Lagash, which resulted in several successive military confrontations. After the defeat of Umma, the water treaty was reestablished and the canal system reconstructed (see the water conflict map made by the Pacific Institute 2018).

A Solution to a Conflict over Water?

When water causes a violent conflict, the zero-sum approach can never resolve it in a long-term perspective. If a river represents the core of the dispute between upstream and downstream states, the conflict will not result in a situation where two countries no longer share the river basin. On the contrary, water creates interdependent geopolitical relations, and an outright and violent conflict over water supplies is therefore not a sustainable solution. It also goes without saying that, just as the concept of water wars indicates, water resources can be contaminated and water systems destroyed in a conflict that is likely to influence all interested parties. In general terms, wars always have harmful consequences for the environment, and water resources are not an exception. Another feature of water in geopolitics is that civilizations are entirely dependent on water resources, because human beings cannot survive without drinking water. Moreover, economic development is associated with water resources (e.g., agriculture and the energy sector). In other words, a violent conflict over water resources cannot lead to a zero-sum victory, and all involved actors would most likely lose to a greater or lesser extent. This is a fundamental reason why it is believed that wars over water will not occur in future decades more frequently than they did in history (Dunn 2013).

However, it is undeniable that water stress has been increasing due to overpopulation, overconsumption, and climate change—the most significant causes of water scarcity—even in initially water-rich regions. Nevertheless, as I have discussed above, cooperation rather than conflict is a sustainable solution that could lead to a win-win situation. Therefore, water diplomacy, i.e., ʻusing diplomatic instruments with the aim to solve, mitigate or prevent disagreements over shared water resources for the sake of cooperation, regional stability and peaceʼ (Schmeier 2018), seems to be a promising path to fostering multilateral governance over shared water resources and ensuring water security. In view of these goals, the concept of water diplomacy is not limited to states but underlines the necessity of nonstate actorsʼ involvement that play a crucial role as mediator in negotiations over water-related issues, such as the World Bank, or that may provide essential information via monitoring (see, for example, Honkonen and Lipponen 2018). 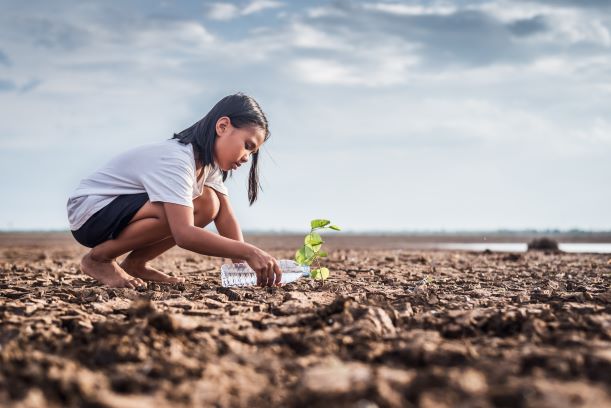 Water stress has been increasing due to overpopulation, overconsumption, and climate change.

Although there is a consensus in the academic literature that water will not become a frequent catalyst for a violent conflict, it is and will remain a source of tensions in international relations. High water demand from all sectors of human activities (households, agriculture, energy, and so forth) and the reduction of water resources due to overpopulation, overconsumption, and climate change are contradictory phenomena producing unsustainable environments within and among societies. Nevertheless, an outright conflict over shared water resources cannot end in a zero-sum victory. As such, diplomatic instruments are crucial tools for addressing increasing water scarcity and, therefore, tensions over water supplies. Water diplomacy, also called hydro-diplomacy, thus need to be an integral part of international relations more than ever.

Received Sylff fellowship in 2019 and 2020.
Academic supervisor: Mgr. et Mgr. Eliska Tomalova, Ph.D.
Academic achievements, social engagement initiatives:
Eliska Ullrichova is a Ph.D. student in Area Studies at the Institute of International Studies, Faculty of Social Sciences, Charles University. In her Ph.D. research, she focuses on agenda-setting in EU water policy and diplomacy. She is a SYLFF fellow since September 2019. Under the auspices of the SYLFF programme, in autumn 2020, she went for a Ph.D. fellowship at the University of Padua (Italy) for advancing her research. From 2018 to 2021, Eliška has been a researcher in the Horizon 2020 project ‘Using science for/in diplomacy for addressing global challenges’ (S4D4C).